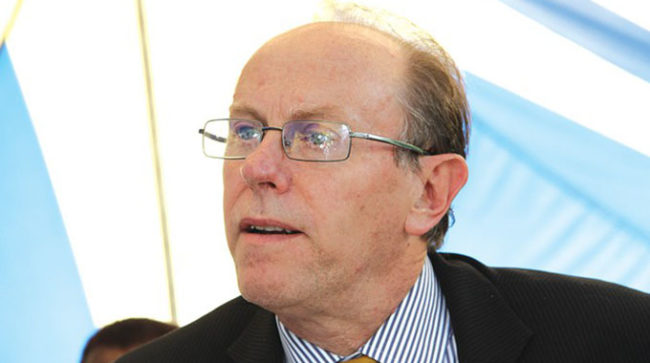 MDC treasurer-general David Coltart confirmed to NewsDay that a team of independent auditors would start work this week after unconfirmed reports that the money had been abused by unnamed top officials and individuals.

He could, however, not be drawn into confirming or denying the theft reports.

“We are starting an audit today because the party, at my request, has agreed to have an audit. We will have a standard audit and until maybe the audit reveals the irregularities, I am not aware of such,” Coltart said.

“Whether it is $190 000 or $1,9 million, I am not aware of any irregularities. I am not saying they are not there. I am not an auditor and that is why we have an audit. An independent firm will be doing the audit of the MDC books since 2019 and it is the first for the MDC and for any political party. It is the first time a political party has subjected itself to an audit.”

There have been concerns from within the party over allegations of abuse of funds in the opposition which prompted the audit.

MDC sources said there was proof that $1,9 million withdrawn from the MDC had been used for other unintended purposes.

“We are faced with that challenge whereby $1,9 million was stolen and used for other purposes,” the source said.
Last year, the MDC received more than $4 million under the Political Parties Finance Act.
Government released more than $12 million to both the MDC and Zanu PF to share according to the numbers garnered in the 2018 harmonised elections.

This is not the first time the MDC has been in the eye of a storm over alleged abuse of funds.
In 2014, the party split into two distinct camps amid accusations that donors were not happy with how the leadership had used funds.

As a result of alleged lack of accountability in party finances, the insiders said donors had withdrawn financial support to the main opposition following the 2014 allegations leading into a serious financial crisis.
It emerged back then that the party leadership was allegedly spending big on personal projects while the party was failing to pay its workers and fund key party programmes.

Meanwhile, MDC leader, Nelson Chamisa yesterday said he has been encouraged by the Malawian judiciary which exhibited courage in annulling the country’s disputed presidential election and urged Sadc and the African Union (AU) to draw key lessons from Malawi.

The Malawian Constitutional Court on Monday annulled the May 2019 presidential vote that declared Peter Mutharika a winner and ordered a re-run after an application from opposition parties cited irregularities.

Zimbabawe’s main opposition leader is still leaking his wounds after losing an election petition in which he challenged the 2018 election results. The ConCourt upheld the election of President Emmerson Mnangagwa and declared him duly elected.

Chamisa’s spokesperson, Nkululeko Sibanda yesterday said his boss was impressed by the judgment made by the Malawian ConCourt which he said was a lesson to Sadc and the African Union not to rush and endorse elections without fully applying themselves to the situation.

“The president (Chamisa) is very excited and encouraged by the judgment made by the Malawian ConCourt. It’s historic and unprecedented. The Malawian justice system has shown courage in nullifying the presidential election and ordering for a re-run. This shows that the courts are institutionalised and don’t play to the whims of politicians,” said Sibanda

He said Chamisa applauded Malawi’s security forces for their show of character in upholding their country’s Constitution.

“Sadc, AU and Zimbabwe should draw key lessons from Malawi. As for Sadc and the AU the lessons are that they shouldn’t just endorse elections which will later be nullified as they put themselves in an awkward position as is the case in Malawi. Sadc and the AU should be above local systems and institutions and stop delegitimising themselves,” he said.