Source: Africa’s lost decade – DailyNews Live Blessing Kasiyamhuru   24 September 2019 ZIMBABWE has missed out on opportunities as a result of the sanctions, political disharmony surrounding its election results, lack of political democracy and intolerance to a multi-party political landscape. Like many of its counterparts in similar circumstances, the country has lost decades of […] 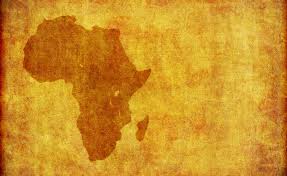 ZIMBABWE has missed out on opportunities as a result of the sanctions,
political disharmony surrounding its election results, lack of political
democracy and intolerance to a multi-party political landscape.

Like many of its counterparts in similar circumstances, the country has
lost decades of precious time, resources and investment. Most if not all
sub-Saharan countries experienced the “African Lost Decade” and the lost
opportunities associated with it.

The widely divergent ideas on issues pertaining to foreign versus local
ownership, allocation, inefficiency of the de-regulated economy and
market, problems proffered by flexible exchange rate regimes offered at
different times in different countries, the deepening and widening
dualistic nature of societal strata and resource-ownership structures all
point to the lack of “consensus” and indeed the confusion that prevailed
among its (Washington Consensus) protagonists.

It becomes evident that the African political landscape is intolerant of
diversity and in fact views it as a declaration of political insurgence.

In recent times Africa has been witnessing the demise of political despots
masquerading as representatives of the electorate.
Is it any wonder that the fall of these rulers was greeted with
celebration, as was witnessed in Tunisia, Egypt, Ivory Coast, Syria,
Yemen, Libya and Burma?

The political instability emanating from bad governance in countries such
as Kenya, Zimbabwe, Swaziland, Lesotho, Madagascar, Ivory Coast, Egypt,
Yemen and Libya was not only detrimental to the countries involved, it
also posed a serious regional politico-economic and security threat to
their neighbouring countries.

Wars and clashes in many of these countries were a manifestation of the
need for open, competitive and democratic political systems.

There is also a general lack of viable institutions in Africa as a whole,
and sub-Saharan Africa in particular, to stand up to the governance
challenges and problems of the region.

There was therefore no platform through which countries could stand up in
unison and address both the negative and positive effects of globalisation
as well as other challenges that plague the region.

In the Libyan crisis, for example, the responses of most developing
countries’  governments and regional political associations to the
massacre of people by Colonel Muammar Gaddafi’s forces was lethargic at
best.

Most of these leaders seemed to criticise Gaddafi’s actions more out of
obligation than out of principle.

Groupings such as Sadc, AU and Ecowas are unable to mobilise resources to
enable the region and continent to step up to the challenges and
opportunities of globalisation.

In light of all the above, it follows then that the prevailing social,
cultural, legal, political, economic and technological factors in the
business environment of Africa’s industry greatly influenced the nature
and indeed its capacity and ability to appropriately respond to the
effects of globalisation.

It is therefore conclusive that by and large, the responses of most
sub-Saharan African countries to the challenges of globalisation were
lethargic, disjointed and uncoordinated, and were more reactive to crises
than proactively driving a development and prosperity agenda.

On the other hand, the insistence by donors that political reforms be
undertaken as preconditions to financial aid led to heightened emphasis on
good governance and democratisation.
Most civil wars and conflicts in Africa only started after the 1970s, in
the aftermath of the IMF-World Bank enforced economic reforms and
adjustments.

The adoption of  Structural Adjustment Programmes  shifted sovereign
decision-making power away from elected and representative governments,
and vested it in Transnational Corporations and the multilateral financial
institutions.

This ultimately meant that the entities making decisions were not
accountable to the populace nor were they answerable to those who suffered
the grave consequences of their policy propositions and prescriptions.

In putting together all the conclusive inferences, a set of critical
success factors for creating a successful and sustainable programme of
economic development in sub-Saharan Africa can now be extrapolated.
lKasiyamhuru is president of Zipp