Source: Banana an unsung hero – Son | Newsday (News) BY SILAS NKALA NATHAN Banana – the son of the late founding President of Zimbabwe, Canaan Sodindo Banana, has described his father as an unsung hero and lamented government’s failure to honour him for the key role he played before and after the country’s independence. […] 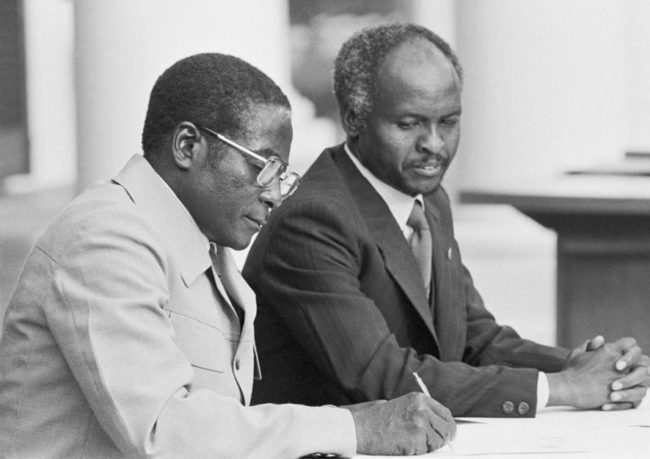 NATHAN Banana – the son of the late founding President of Zimbabwe, Canaan Sodindo Banana, has described his father as an unsung hero and lamented government’s failure to honour him for the key role he played before and after the country’s independence.

This came up after the Bulawayo City Council recently announced new street names in honour of the country’s living and fallen heroes, but left out Banana’s name.

“One day, I will buy land and build an institution or facility in honour of my late father’s contribution to both the liberation of Zimbabwe and service to the people of Zimbabwe,” Nathan said on social media platforms.

“His legacy does not need any endorsement from current legislators, who do not value the importance of having a public consultation process when naming infrastructure constructed for the public good.”

On February 10, Nathan posted an article titled The Unsung Servant President of Zimbabwe, in which he said servant leadership was not just about wearing a tittle, but leading by example and having a vision that could help transform society so that people have the right skills, knowledge and ability to live sustainable lives.

“Canaan Banana was the first President of independent Zimbabwe whose significant role has largely been down-played as ceremonial as he was more of a stately figure serving Zimbabweans rather than a political icon seeking power and control through elections,” said Nathan, adding that his resignation during the 1987 Unity Talks that ended the Gukurahundi massacres led to the creation of the new executive presidency and the dumping of the post of Prime Minister.

He said his father was also involved in football and mediation outside the country.

“After he resigned, he was a key mediator for peace in Liberia and was also an eminent person for the Organisation of African Union (OAU) in Codesa talks in South Africa. We certainly can’t forget our past, but can learn great lessons from some of the good examples,” he said.

“No amount of praise for all our past heroes can change our present day circumstances, but we need to try to improve from where they started and also start defining our own references that future generations can build on from. We can’t all be liberators, politicians or businesspeople, but can certainly work on self-improvement in those areas that we are passionate about.”

Chatting to Southern Eye on Thursday, Nathan said his father should have been recognised for his work before and after independence.

“He founded Kushinga Phikelela College, but up to today no government acknowledgement for his good works,” he said.

Banana died of cancer on November 10, 2003 in London and was buried at his rural home in Esigodini in late November 2003. The late former President Robert Mugabe called him “a rare gift to the nation” in a radio address, but denied him national hero status.

He also had his benefits withdrawn with the politburo declaring “they could not afford Banana hero status as a matter of principle” because of the sodomy accusations which hung over his head.

In 1997, Banana was outed as a homosexual and after a highly-publicised trial, he was convicted on 11 counts of sodomy and “unnatural acts” and served time at Connemara Open Prison in Kwekwe.