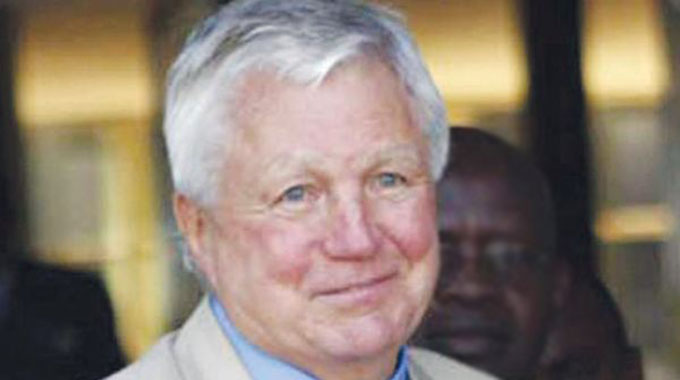 Efforts to get a comment from the Bredenkamp family were unsuccessful.

The former captain of Rhodesia’s national rugby team from 1965 to 1968, Bredenkamp was described by close friends as someone who loved his former school and was always there to assist.

He said Mr Bredenkamp was involved in various projects, which uplifted standards of the school.

“We have lost an illustrious person. He has left a hole no one can fill. He loved Prince Edward school,” he said.

“He is someone who was colour blind; he never considered religion and creed when assisting others particularly this school. He participated in various activities and projects at the school.

“In 1998, Bredenkamp spearheaded the construction of the music and computer centres at the school, which were later named after him.”

Zimbabwe Rugby Union in a statement posted on their Facebook page yesterday confirmed the death of Mr Bredenkamp and conveyed their condolences to his family.

“It is with a heavy and sad heart that the president of the Union announces the sad passing of our former Sables player and captain John Bredenkamp this morning.

“May his family and friends be comforted during this sad time. The Union is at a loss for words on the passing of our former skipper. May his soul rest in eternal peace.”

Born in Kimberly, South Africa in 1940, Mr  Bredenkamp moved to Southern Rhodesia with his parents.