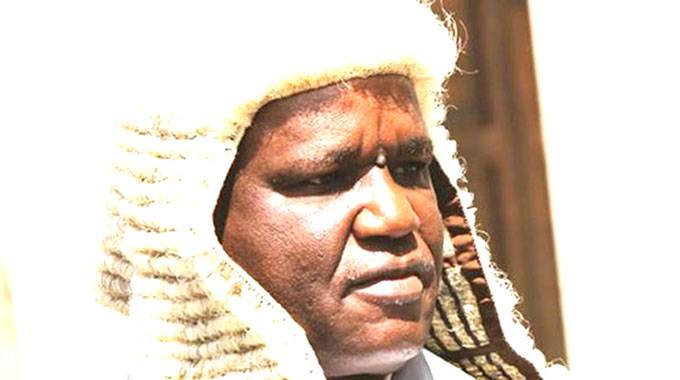 The appeal follows Justice Christopher Dube-Banda’s ruling last week granting Mubaiwa the relief she sought, and barring the VP from interfering with her access to the Borrowdale Brooke house they shared before their fallout.

Mubaiwa had sought the intervention of the High Court after VP Chiwenga allegedly took the children and blocked her from accessing the Borrowdale Brooke home.

VP Chiwenga was also restrained from blocking Mubaiwa from accessing their vehicles.

Following the ruling, the VP filed a notice of appeal outlining the errors he said were made by the lower  court.

Through his lawyers, VP Chiwenga filed a motion this week against Judge President George Chiweshe, complaining over the children-custody case claiming the judgment was allegedly leaked to his estranged wife and a local newspaper before being officially handed down in court.

“The purpose of our writing is to register our client’s complaint in the manner in which the judgment in the above matter has been handled.

“The High Court, which is headed by yourself, may have answers to the complaints raised by our client herein,” read the letter.

The letter also stated that Mubaiwa went to the children’s school as early as 8am and demanded to see the children while armed with a court order, well before judgment was handed down.

VP Chiwenga demanded to get a response within 48 hours upon receipt of the letter as he felt the system may have been compromised.

Justice Chiweshe is yet to respond to the issues raised by the VP’s lawyers.

However, prior to the ruling VP Chiwenga was contesting that Mubaiwa should have the custody of children as she was not mentally fit to take care of them.

Basing on a medical affidavit they presented before the court, VP Chiwenga’s lawyers said the doctor concluded that Mubaiwa should be under the care of a physician, a surgeon and a psychiatrist.

Meanwhile, Justice Pisirayi Kwenda has reserved judgment over Mubaiwa’s bail variation conditions pending submissions of the State regarding when investigations to be conducted in South Africa would be completed.