Source: Chinese donates to cyclone victims | The Standard BY PHYLLIS MBANJEWOMEN and girls in Zimbabwe’s Cyclone Idai-affected districts are set to benefit from a US$1,24 million donation of reproductive health medical equipment and medicines, donated by the Chinese government and the United Nations Population Fund (UNFPA). This is part of support to the Zimbabwe‘s […] 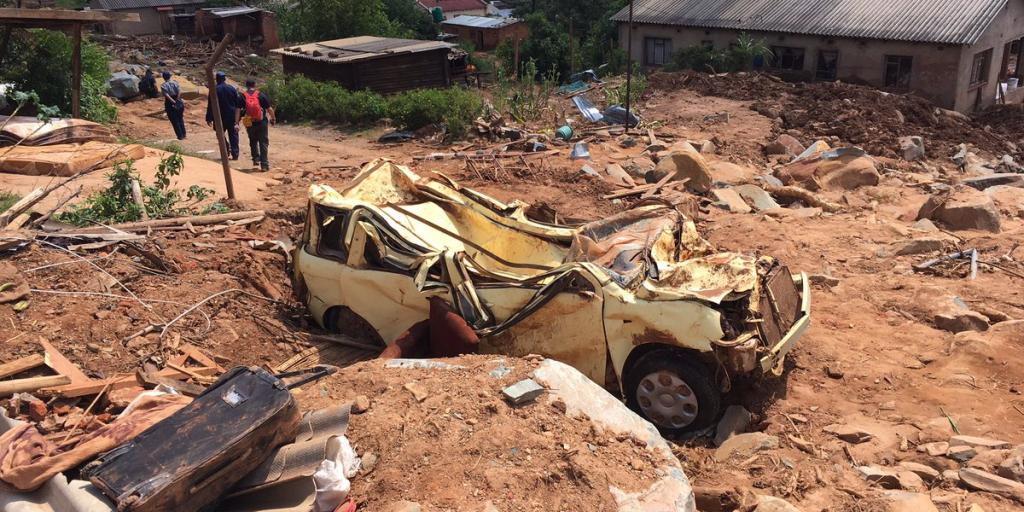 BY PHYLLIS MBANJEWOMEN and girls in Zimbabwe’s Cyclone Idai-affected districts are set to benefit from a US$1,24 million donation of reproductive health medical equipment and medicines, donated by the Chinese government and the United Nations Population Fund (UNFPA).

This is part of support to the Zimbabwe‘s Health Assistance Project for Women and Girls in Zimbabwe Affected by Tropical Cyclone Idai in Chimanimani and Chipinge districts.

The objective of the health assistance project is to enable the Health ministry to strengthen emergency obstetric and neonatal care in the cyclone- affected areas in Zimbabwe.

This is in turn expected to contribute to the reduction of maternal morbidity and mortality by 20% in the affected districts in Zimbabwe.

Zimbabwe has a high maternal mortality rate with 462 deaths per 100 000 live births, according to the 2019 Multiple Indicator Cluster Survey.

“As a responsible member of the international society and the all-weather friend of Zimbabwe, China has been doing its best to provide all kinds of assistance to Zimbabwe in human rights, health care and infrastructure construction,” said  Chinese ambassador to Zimbabwe Guo Shaochun.

“After Cyclone Idai, the Chinese government has provided emergency humanitarian assistance to Zimbabwe through bilateral and multilateral channels, and continued to pay close attention to and support the health and living conditions of the people in the affected areas.

“We are glad to see that Chinese companies are also making active contributions to the protection of women and girls in Zimbabwe.”

Through the project which began in 2020, UNFPA reproductive health medical equipment and medicines were procured and distributed to health facilities in cyclone-affected districts of Zimbabwe.

The project is also going to rehabilitate maternity waiting homes at Chipinge district hospital, Mutambara Mission hospital and Birchenough Bridge district hospital to ensure pregnant women who live far from hospitals or have high-risk pregnancies can be accommodated comfortably close to these facilities towards their due date.

The investment by the government of China, together with other partners, is already paying dividends as the number of maternal deaths in the supported districts of Chimanimani and Chipinge have gone down by 46% in 2020 compared to 2019.

“We are very grateful for the support that the government of China has provided to the Cyclone Idai-affected districts,” said UNFPA Zimbabwe country representative Esther Muia.

“This support is already making a huge difference in the lives of many women and girls. We look forward to greater cooperation in the future.”