Source: Chinese Embassy statement on scourge | Herald (Top Stories) The Chinese Embassy in Harare has issued the following statement through the Zimbabwe Government. In recent days, there has been an outbreak of pneumonia in China caused by a novel coronavirus. The Chinese government attaches great importance to fighting the epidemic. President Xi Jinping has […] 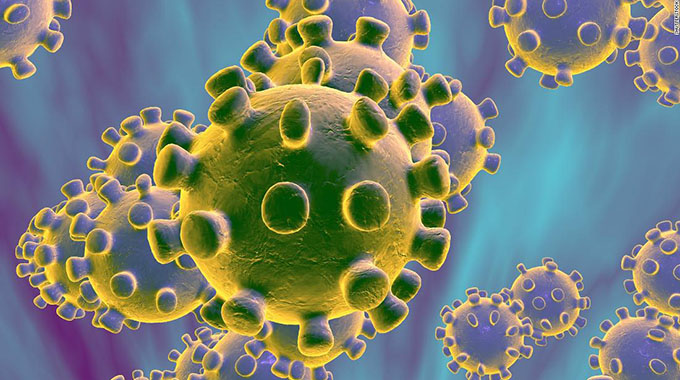 The Chinese Embassy in Harare has issued the following statement through the Zimbabwe Government.

In recent days, there has been an outbreak of pneumonia in China caused by a novel coronavirus. The Chinese government attaches great importance to fighting the epidemic.

President Xi Jinping has repeatedly given important instructions on its containment and mitigation, and personally chaired a meeting on the first day of the lunar New Year for further deployment and mobilisation of resources.

China has built an all-round and multi-level containment and mitigation system focusing on Wuhan and Hubei and covering governments at all levels. All aspects of work are open and transparent.

China is speeding up progress in a scientific and orderly manner. The Chinese nation has withstood many tests in its history. Under the leadership of the Communist Party of China and the Chinese government, the people of the whole country will unite as one and are fully capable and confident in winning this battle at an early date.

Fighting the spread of the epidemic is a common concern of the international community. China is willing to work with other countries to actively respond to the epidemic. We have informed the World Health Organisation, relevant countries, and Hong Kong, Macao and Taiwan of the latest epidemic situation, and have shared information on virus gene sequences with all parties at the earliest time possible. A World Health Organisation (WHO) expert group has arrived in Wuhan for a field visit and highly praised the effective measures taken by China to deal with the epidemic.

The WHO director-general also fully affirmed China’s response. We thank the international community, including Zimbabwe, for its full understanding and support for China.

Life comes first. The Chinese government is committed to safeguarding the safety and health of the Chinese people. We will also honour our responsibility in ensuring the safety of every foreign nationals in China, including the Zimbabweans, and address their legitimate concerns in a timely manner.

We will continue to strengthen communication and coordination with the international community and work closely with international partners to contain and mitigate the epidemic.

The Chinese Embassy in Zimbabwe is making an all-out effort to prevent the virus from spreading to Zimbabwe. We have informed Zimbabwean authorities in health, foreign affairs, airport, and other ports of entry of the latest developments of the epidemic and established an information-sharing mechanism with them.

We have requested Chinese nationals coming to Zimbabwe to cooperate with the screening measures of the Zimbabwean authorities at the ports of entry and issued three consular notices to provide information updates and recommendations for epidemic prevention. We have called on the associations of the Chinese community and Chinese businesses and institutions in Zimbabwe to raise the awareness of their members and employees who have returned to China for holiday, asking them to protect themselves against infection.

Those who have returned to the most affected regions in China, such as Hubei, are advised to hold off coming back to Zimbabwe until the situation eases to reduce the risk of bringing the virus to Zimbabwe. The Embassy is stepping up efforts to gather information.

Those who have returned to Zimbabwe from the worst hit areas in China are requested to undergo a self-quarantine of two weeks at home, not to go to public places, offices, or any gatherings.

If suspected symptoms appear, they are asked to immediately seek medical help and report to the Embassy. Should there be confirmed cases in Zimbabwe, China stands ready to work closely with the Zimbabwean government and provide all possible support to jointly treat the patients and contain and mitigate the situation.

The Chinese medical team in Zimbabwe has put together a special task force for this purpose.

The Chinese Embassy will stay in close communication and work hand-in-hand with the Zimbabwean Government to contain and mitigate the impact of the epidemic.