INTRODUCTION AND BACKGROUND Source: CIASA’s Position on the PVO Amendment Bill, Zimbabwe – The Zimbabwean Non-Governmental Organisations (NGOs) play an important role in Zimbabwe’s development through provision of material and technical assistance to a number of citizens around the country. The work of Civil Society Organisations (CSOs) in Zimbabwe is mainly centred on human rights […] 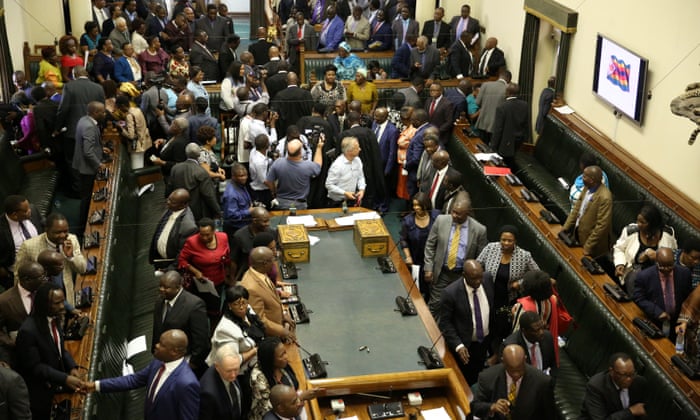 Non-Governmental Organisations (NGOs) play an important role in Zimbabwe’s development through provision of material and technical assistance to a number of citizens around the country. The work of Civil Society Organisations (CSOs) in Zimbabwe is mainly centred on human rights issues, livelihoods, humanitarian assistance, environmental protection, advocacy for pro-poor/people, progressive policies or legislations and  acting as  a watchdog on government. Thus, CSOs play a complimentary role to the Government programmes and mandate. As such, Government regulations should facilitate an enabling operating environment for effective and efficient programme implementation.  Zimbabwe’s CSOs, as key actors in the civic space, have evidently been subjected to a plethora of legal, policy and administrative instruments by Government seeking to enhance regulatory control of the civic space. Zimbabwean law acknowledges a three-tier registration regime for NGOs that is; Private Voluntary Organisations (PVOs) (under the PVO Act administered by the Ministry of Public Service, Labour and Social Welfare), Trusts (Zimbabwe’s Deeds Registries Act) and Common Law Universities. This diversity of registration models has created complexities in regulation of CSOs. CSOs are subjected to a multiplicity of gatekeepers (state and non-state) demanding reports and accountability for CSOs on various aspects of their work. This has caused unnecessary bottlenecks on CSOs operations. It has emerged from various sources that the hostile reception of CSOs by some state actors is due to the perception that the sector is active in anti-government political lobbying. The hostile reception by a number of state actors has been seen through imprisonment of a number of CSO leaders, threats to close a number of NGOs and the freezing of accounts belonging to NGO’s in the country under the pretence of financial audits.

The main purpose of this position paper is to give an analysis of the proposed Private Voluntary Organisation (PVO) Amendment Bill and also provide an in depth analysis of the impact of this bill on the operations of civil society organisations as legal personas particularly women’s rights organisations that have been operating in Masvingo. There are a number of civil society organisations which operate in Masvingo province with sole purpose of advancing development for all the people. This analysis shall first give an outline of the purpose of the Bill and then discuss the main issues under the proposed amendment bill such as the political involvement of Private Voluntary Organisations (PVOs), conformity and implementation of the Financial Action Taskforce (FATF) recommendation 8 for Non Profit Organisations (NPOs) powers of the minister and the registration process and also the human rights implications of the bill.