Civil society in Harare met and submitted a coterie of substantive issues to the president of the Movement for Democratic Change Advocate Nelson Chamisa. The interface meeting is part of a Crisis in Zimbabwe Coalition innovation that seeks to broaden the discussions around an inclusive dialogue. Source: Civil Society submits substantive issues to MDC President […]

Civil society in Harare met and submitted a coterie of substantive issues to the president of the Movement for Democratic Change Advocate Nelson Chamisa. The interface meeting is part of a Crisis in Zimbabwe Coalition innovation that seeks to broaden the discussions around an inclusive dialogue. 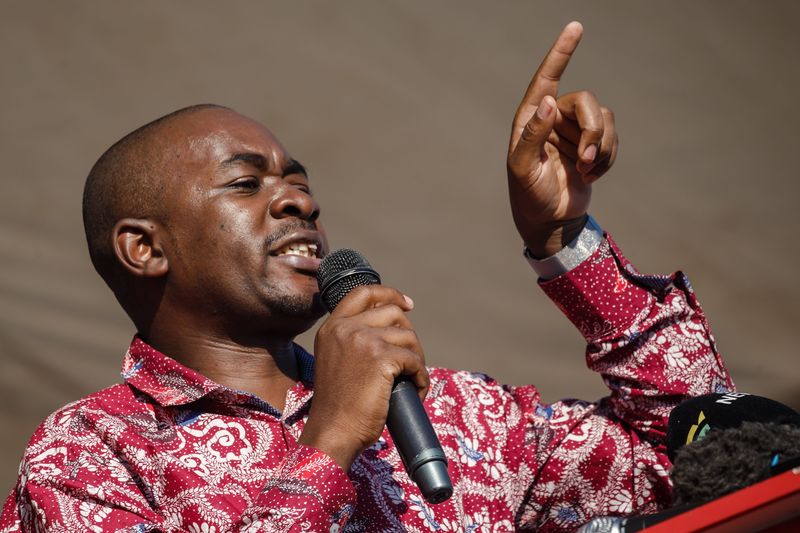 Explaining the rationale of the framework, Mahiya said “The framework is an attempt to offer on the menu of options, a process and key milestones that will return Zimbabwe to norm compliance with democratic governance and resolve the question of political legitimacy.”

Speaking at the event, Jestina Mukoko, chairperson of the NGO Forum and Director of the Zimbabwe Peace Project noted that a conversation must now begin to discuss the challenges that citizens are facing related to their economic and social well-being.

iii.        Zimbabwe dialogue and subsequent transitional alternatives that emerge from the national conversation must seek to protect, uphold and strengthen the Constitution.

Representatives of the youth led by the National Association of Youth organizations also stressed that national conversation to address the challenges must focus on empowering the youth by expanding their political participation while addressing unemployment and broader economic issues.

The women’s cluster also highlighted the human cost of the national crisis and noted that the situation in the social services sector has left women more vulnerable to abuse. Stabile Dewa, director of the Women’s Academy for Leadership and Political Excellence (WALPE) noted that women and girls are being abused at boreholes following severe water cuts and bemoaned the dearth in the medical sector.

“Access to maternal health has become a nightmare with women now using unconventional and risky methods of delivery,” added Dewa.

Civil society also raised concerns around the militarization of civilian processes and noted that the military control all civilian spaces and this undermines professionalism, integrity, impartiality and competence. Dr Ruhanya, the director of the Zimbabwe Democracy Institute argued that the military has captured four zones of contestation; the judiciary, elections, executive and the media providing evidence of deployment of senior serving members of the military.

Concerns were also raised on the shrinking democratic space, with Blessing Gorejena, director of the NGO Forum for Human Rights bemoaning the criminalization of civil society work. “Currently, there are 23 people facing charges of subversion and the rights to association and expression are under threat, she added.”

The Elections Resource Centre director, Tawanda Chimhini noted that today was Global Elections Day and disappointingly there has been no movement to address the adverse issues raised on the 2018 elections. Chimhini noted that both the ruling party and opposition have not initiated debate and process in parliament to bring to account the Zimbabwe Election Commission. The absence of actions to correct the contentious issues on the electoral act and regulations and the conduct of political parties dents the prospects of free, fair and credible elections in 2023.

“Right now we are two days away from two (2) by-elections yet there are no reforms that have been instituted to ensure that elections are credible and reflect the true will and choice of citizens,” added Chimhini.

The Coalition also indicated that it will be hosting a series of meetings with political parties as part of its engagement to find a lasting solution to the persisting national crisis.