Source: Communicating disasters: What could be done differently? | Herald (Business) Jeffrey Gogo Climate Story Often in the wake of a flooding event questions are asked: What could have been done differently to save lives and protect property; Could the flood victims have received more warning? Did they receive the warning at all? There are […]

The post Communicating disasters: What could be done differently? appeared first on Zimbabwe Situation.

Source: Communicating disasters: What could be done differently? | Herald (Business) 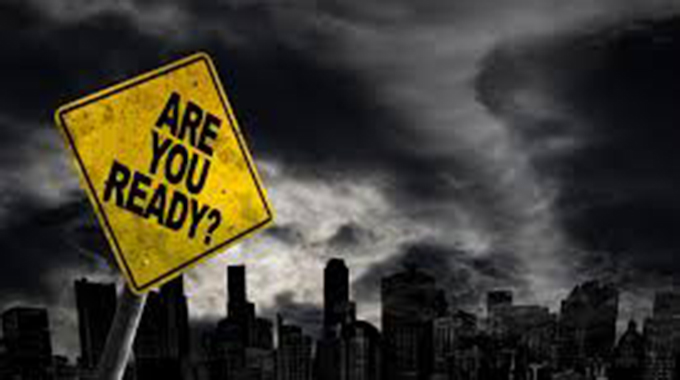 Jeffrey Gogo Climate Story
Often in the wake of a flooding event questions are asked: What could have been done differently to save lives and protect property; Could the flood victims have received more warning? Did they receive the warning at all?

There are several reasons why the floods in Binga two weeks ago killed a man and left hundreds of families homeless –  and the answers could lie in addressing the questions above.  Or anywhere else, really.

Post-disaster reviews of this nature are crucial to building stronger defence mechanisms for future events, while helping to prevent the loss of life.

In Binga, there’s no clarity that flood warnings reached specific households in time, or at all, even though the Meteorological Services Department (MSD) had earlier issued general flood alerts for parts of Zimbabwe.

Because the MSD alerts are generalised, meaning they cover entire provinces as opposed to specific locations, there’s always the risk that some people in rural Binga — a community in the backwaters of modern technology and development — might not have received the warning.

The Civil Protection Unit (CPU), a division of the Zimbabwe Government directly responsible for handling disaster situations, has tended to deploy it’s foot soldiers to areas known to be hard of reach for technological wizardry, mainly to bridge the meteorological inefficiencies.

In times past, the unit has made use of bulk text messaging, but the scale of reaching everybody at a time of impending disaster has not exactly being brought into perspective.

It is evident some people receive warning only after disaster has already hit, hence the massive extent of damage to property and risk to lives and livelihoods, which could have been avoided with timely and precise alerts and warning.

Press reports show that most of the Binga villagers were caught by the heavy rains, which resulted in the flooding, unawares.

A traditional leader — often the curators of knowledge and history — spoke of how he had never seen so much rain in so few days in his lifetime.

“Most villagers will not recover after this devastating natural phenomenon,” Chief Sinakoma of Binga was quoted as saying, alarmed at the scale of rain in a predominantly hot and dry area, receiving, on the average, below 450mm of rain annually.

It is rather cruel irony that a drought year will be capped off by too much rain in a particularly dry region, when much of the crops are already a complete write off.

A 24-year old mother of three was relaxed during the rain only to realise the waters filtering through into her hut had swelled above the knee. Ndobenko Muzamba and her three young children only survived after seeking cover at a neighbour’s home, built on higher ground. Undoubtedly, the issue of adequate and precise early warning remains one that is woefully lacking. But for a department that has always faced criticism over its lack of capacity and preparedness to tackle disasters situations, the CPU, perennially functioning on a shoe-string budget, somewhat responded to the Binga crisis with some speed and resolve.

Affected families have now been moved to temporary safety, in another part of Binga. The Civil Protection Unit coordinated the mobilisation and provision of tents, food, water, blankets and clothes. Such events are always a litmus test for Zimbabwe’s preparedness to handle disaster situations, which, as a result of climate change, have become more frequent, intense and damaging.

We have elaborated in the past how Zimbabwe needs to raise the bar on disaster risk management and preparedness, specifically by merging disaster responses with climate change adaptation, as the majority of present-day natural disasters are now directly linked to the science.

We argued that, during times of calm, the CPU should transfer some of the work to vulnerable communities themselves by strengthening their ability to combat disasters through serious and rigorous educational and awareness campaigns.

The understanding here is that improving knowledge and information at the grass root level for disaster response and risk reduction can prove effective and efficient in times of hardship.

When disaster strikes, the unit’s role may then be reduced to mobilising additional humanitarian aid like food, water, shelter and health care and protecting critical facilities such as schools and hospitals — something that appears to have happened during the Binga floods.

Some others now have a completely different, but not unexpected, perspective to the issue of disasters resulting from extreme events linked to climate change — that of human and environmental rights of vulnerable communities.

“A natural hazard shouldn’t automatically lead to the differing of communities,” observed Lenin Chisaira, an environmental lawyer and the director at non-profit Advocates4Earth.

“Every person has the right to an environment that is not harmful to health, as well as the right to health itself. These rights are provided in the Constitution and in international treaties.”

Chisara added: “Failure to deal with floods and other natural hazards is a human rights and environmental justice issue. Some of the challenges being faced in Binga include poor roads , limited telecommunications coverage and even medical and power facilities.

“These issues occur in a district which is practically on the banks of the water system that provide the most hydroelectric power for Zimbabwe and neighbouring States.”

He reiterated the need by Government to adequately fund the CPU as well as strengthening early warning systems and improving access to environmental and weather information for communities, as key steps towards building strong defence mechanisms.

The post Communicating disasters: What could be done differently? appeared first on Zimbabwe Situation.