The post Corruption: The guilty, the complicit appeared first on Zimbabwe Situation. 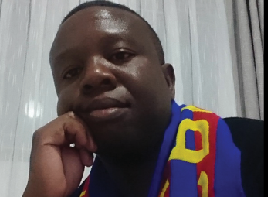 WE have spent a lifetime discussing corruption. We have agreed and disagreed on the subject. We have allowed the topic to divide opinion in spaces seldom open for corruption.

We have threatened to battle corruption without necessarily fighting corruption as a war. In short, there is more talk about corruption when compared to action to combat it.

We have witnessed the evolution of corruption from when it began as rough but shallow waters to when it became still and deep waters.

We have seen healthcare services, food security, clean and safe water, affordable shelter, education for all regardless of social standing failing and falling to corruption.

We speak the language of corruption as our second language to keep ends meeting. We have agreed with them that to live, we must let live without throwing stones at their glasshouses. We share a relationship of convenience more than a relationship of moral integrity. We know we joined forces with evil. We know corruption is now skin deep.

We can’t call a spade a spade because we are birds of the same feathers. We are easily reminded that the teapot has no moral right to call a pot black, no matter the stakes.

But we know the chickens always come home to roost. The have-nots can testify. Money is sold.

Money is expensive. Money is scarce. Our money is not money. Consumers are deprived of choice on commodities and services.

We are forced to buy blind. Prices are painful and always soaring. Earnings are pathetic. Jobs are almost extinct. Even with qualifications, there are no jobs on the market for thousands of graduates from our universities, polytechnics, colleges and schools.

Education is expensive and near useless. There is educational inflation of gigantic proportions.

Roads are dead. Hospitals are shells. Deserted companies have become places of worship.

Infrastructure now stands as skeletons. We are a ghost nation. All because of corruption and lack of political will to shame it.

We are one not because we are not two and apart. We know beating them takes one fight too many. We know we are weak in numbers and they are strong in small numbers, a paradox that has sustained our collective narrative for far too long.

We aspire to be a middle-income country by 2030. We are just inspired by the wrong desires. Desire to keep power at any cost. Desire to subvert the will of the people. Desire that keeps subverting the will of good (corporate) governance. Desires that are lacking in common sense and moral standing.

Corruption is mundane, not extraterrestrial. Corruption is not shapeless and colourless as they argue. They just argue to burden those who dare to prove it. Corruption has stripes we know. It’s time we face our demon of demons.

We know the truth. Systematic corruption must end. Corruption on the streets must end. Justice must serve and save all without discrimination.

What we have seen with our complicit eyes, we shall not allow to bury us alive. We have permitted two wrongs to make a right. It’s time we undo everything we did. If it took us to tangle, it shall take us to untangle.

Doing good must now be a low-hanging fruit. The promised land is near. We just need to walk in the same words we profess against corruption to reach it.

The post Corruption: The guilty, the complicit appeared first on Zimbabwe Situation.