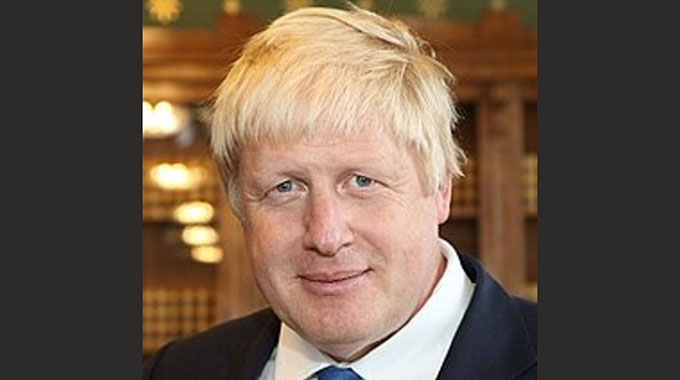 President Mnangagwa has congratulated Mr Boris Johnson for his election victory that has seen him retain the leadership of the United Kingdom.

Prime Minister Johnson yesterday returned to Downing Street with a majority after defeating the Labour Party.

The prime minister told the media that his victory would give him the mandate to conclude Brexit and take the UK out of the EU next month.

“On behalf of the Government and the people of the Republic of Zimbabwe I extend my heartfelt congratulations to you, Right Honourable Prime Minister, on your very emphatic re-election as the Prime Minister of the United Kingdom of Great Britain and Northern Ireland.

“Your re-election to this high office is testimony of the tremendous trust and confidence that the people of the United Kingdom have in you. It is understandable, Right Honourable Prime Minister, that you resume your occupancy of this office as you primarily focus on completing the Brexit process that you commenced earlier on. We in Zimbabwe wish you well on this endeavour,” President Mnangagwa wrote in his letter to PM Johnson.

The President said he hoped the sweeping reforms being undertaken by Harare would enable London to support its re-engagement efforts and the country’s return to the Commonwealth.

Top Foreign and Commonwealth Office official dealing with Africa Mrs Harriet Matthews was in Zimbabwe last month to assess progress on reforms and deliver a special message from PM Johnson to President Mnangagwa.

“The Government and the people of Zimbabwe take this opportunity to express the confidence that your renewed mandate will also enable you to continue to support our re-engagement efforts with both your country and others.

“I was pleased to receive your Special Envoy on 6 November 2019 and earnestly hope that we have more of this supportive interaction in the very near future.

“Zimbabwe continues to implement political, economic, legislative and electoral reforms designed to open up political space, improve the ease of doing business and facilitate the return of Zimbabwe to the family of the progressive Global Community. It is our fervent hope therefore that these reforms will also enable your new Government to support Zimbabwe’s return to the Commonwealth Organisation,” President Mnangagwa wrote.