Source: Editorial Comment: Investment indaba for Kanyemba crucial | Herald (Top Stories) VP Chiwenga There is need for an investment conference on Kanyemba, the new town Zimbabwe is building. The conference could propel the border area into one of the major growth nodes since Independence. Such a conference would enable planning and marketing to run […] 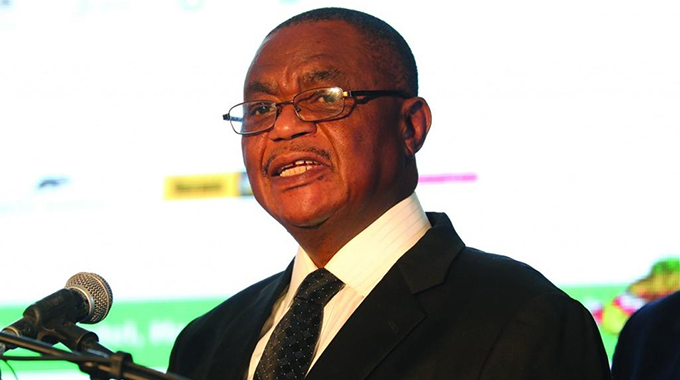 There is need for an investment conference on Kanyemba, the new town Zimbabwe is building.

The conference could propel the border area into one of the major growth nodes since Independence.

Such a conference would enable planning and marketing to run concurrently with the development of the new town.

Last week, a high-powered Government delegation led by Vice President Constantino Chiwenga toured Kanyemba, which is on the border with Mozambique and Zambia, to assess investment opportunities.

The new town of Kanyemba is being developed at the confluence of the Zambezi and Luangwa rivers, and is upstream of the Cabora Bassa Dam to the east, in Mozambique.

Momentum for development of the area is being driven by the upgrading and tarring of Mahuwe- Kanyemba Road, which will link the northern side of the Zambezi River — Zambia and Mozambique — via a three-way bridge.

The highway and bridge will provide a shorter route to the east African coast through Tanzania.

VP Chiwenga spoke of the enormous opportunities in agriculture, fisheries and tourism.

Located in an area along the Zambezi River, which is forested and upstream of Cabora Bassa, Kanyemba is an attractive site for tourism — resort facilities, aquatic activities, wildlife and sport.

As in the case of Victoria Falls, Kanyemba could have its own world-class hotels and a golf course, adding another facet to sports tourism.

VP Chiwenga said 200 000 hectares of land should be cleared to enable investors to take up opportunities, basing on the site’s proximity to the Zambezi River.

An investment conference would help in re-examining projects like sugarcane production in the Zambezi Valley.

Between 1960 and 1966, the British firm, Tate & Lyle, established the 1 400-hectare Chirundu Sugar Estate, but at the end of 1966, the company took a decision to close down the project and moved equipment to Zambia.

While the rationale for the move was given as “economic”, is it possible the compelling argument for the decision was the escalation of the liberation war, particularly in that part of the country.

After a due diligence and feasibility check and a decade of planning for the Chirundu Sugar Estate, the decision to close down could not have been purely economic.

Hippo Valley and Triangle sugar estates in the Lowveld were in the same market, and up to today, continue to thrive and record tremendous growth that has empowered locals through outgrower schemes.

An investment conference could possibly train the spotlight on the prospects of re-establishing sugarcane production.

In neighbouring Mozambique, apart from investment in gas, investors have ventured into sugarcane production, where there is an estimated 24 million hectares made up of nearly 50 percent for irrigated sugarcane crop and the other half being rain-fed crop.

For Zimbabwe, a new route through Kanyemba to Dar es Salaam would demand a hotel facility for the traffic travelling to and from the east African coastal area.

So there would, at least, be need for two hotels — one upmarket and another for the not-so-fussy travellers.

Consequently, there would also be need for a health facility to cater for the needs of foreign visitors.

So, an investment conference would help in exploring and identifying opportunities for private players in the health sector.

A good health facility would benefit people in Malawi, Mozambique, Zambia and Zimbabwe, opening up scope for health tourism.

This year, Zimbabwe will take part in the Dubai Expo, which runs from October 2020 through to April 2021.

An investment conference on Kanyemba could consider opportunities for horticultural production, based on the availability of water from the Zambezi River.

There is a ready market for horticultural produce in Dubai and Europe.

Therefore, an investment conference would open up opportunities for joint partnerships in horticulture with investors, for example, from the Middle East.

Hosting an investment conference on Kanyemba before October this year would allow Zimbabwe to make an informed pitch for investors during the Dubai Expo.

An invitation could be extended to prospective markets to attend the conference so they can inform on the type of horticultural produce to focus on.

If packaged well, the conference could see Kanyemba’s development being the new game in town.