Source: Ex-Wenela workers inch closer to windfall | Sunday News (local news) Lincoln Towindo, Harare Bureau  At least 8 000 Zimbabweans who worked in South African gold mines during the 1960s will this week inch closer to receiving millions in compensation and unclaimed benefits from six gold mining companies in line with a court ruling made […] 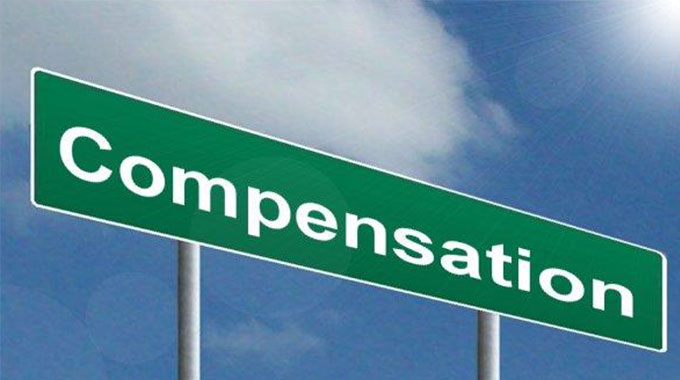 At least 8 000 Zimbabweans who worked in South African gold mines during the 1960s will this week inch closer to receiving millions in compensation and unclaimed benefits from six gold mining companies in line with a court ruling made last year.

It is understood that some of the former Witwatersrand Native Labour Association (Wenela) employees will receive pay-outs of up to 500 000 ZAR. Lawyers representing the ex-Wenela workers and the gold mining companies reached a historic 5 billion ZAR settlement agreement in 2016, before the South Gauteng High Court approved the settlement in July last year.

This paved the way for the workers and their dependants to start receiving the windfall. Thousands of Zimbabweans migrated to South Africa during the mid-century gold rush to work in gold mines owned by African Rainbow Minerals, Anglo American, AngloGold Ashanti, Gold Fields, Harmony and Sibanye-Stillwater.

However, as a result of poor ventilation in the mines, many of the employees contracted respiratory diseases such as tuberculosis and silicosis. Also, the migrant workers were not paid employment benefits accrued during their years of service.

Ex-Wenela Miners Association of Zimbabwe president Mr Lungelwe Mkwananzi told our Harare Bureau that a meeting has been scheduled for this week with Abrahams Kiewitz Incorporated, the lawyers representing the Zimbabwean former Wenela workers.

The meeting seeks to tie up any loose ends to pave way for the release of payments. He said all claimants were being taken through Benefit Medical Examination (BME) at the Occupational Health Service Centre (OHSC) in Kadoma to assess the extent to which they were affected during their time in the mines. The compensation, said Mr Mkwananzi, will be paid once claim forms and medical examination records are submitted to the Tshiamiso Trust — a Trust founded to handle the 5 billion ZAR.

“We are taking the local claimants to the OHSC in Kadoma for what they call Benefit Medical Examinations, which is used to assess the harm each individual suffered during the time. For anyone to claim compensation, they have to go through this exercise. There are two categories of payment — the unclaimed benefits and compensation. For compensation, you have to go through BME in order to assess the extent of one’s injuries or health complications. For the benefit medical aid, we have registered at least 8 000 people against the target of 10 000.”

Mr Mkwananzi said this week’s meeting with the lawyers in Cape Town indicates a momentous move towards the release of payments.

“The money is being administered by the Tshiamiso Trust. The Trust comes from the agreement between the mining companies, lawyers representing us and the South African Government through the Health Ministry. We signed a Memorandum of Understanding with Abrahams Kiewitz and I will be taking the names of all the people we have registered here to that meeting with the lawyers in Cape Town.”

According to the terms of the settlement agreement, every former Wenela worker will receive unclaimed benefits, while those who undergo medical examinations will also get medical compensation if it is proven that they contracted TB or silicosis-related diseases. The final tranche relates to the class settlement, which is an out of court settlement agreed by the mine owners. This will be determined by a Trust.

The former Wenela miners were drawn from Botswana, Malawi, Mozambique and Zimbabwe. Mr Charles Abrahams of Abrahams Kiewitz Incorporated is responsible for the welfare of the Zimbabwean former mine workers while Richard Spoor Incorporated Attorneys and Legal Resources Centre are handling affairs for workers from the other countries. Our Harare Bureau reached out to Mr Abrahams for a comment. However, he had not responded by the time of going to print.