Source: Finance minister hiding behind a finger – NewsDay Zimbabwe August 3, 2019 EDITORIAL COMMENT FINANCE minister Mthuli Ncube’s 2019 Mid-Term Monetary Policy Review statement on Thursday was very interesting in more ways than one. Firstly, that publishing annual inflation has been suspended for seven months until February 2020 was one of those very curious […]

The post Finance minister hiding behind a finger  appeared first on Zimbabwe Situation. 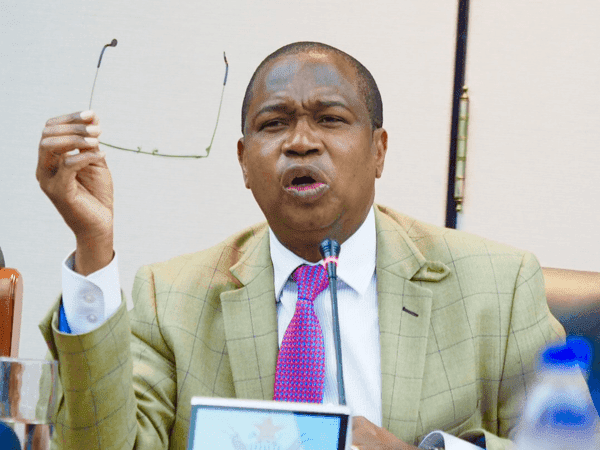 Firstly, that publishing annual inflation has been suspended for seven months until February 2020 was one of those very curious aspects of the minister’s monetary review that only serves to alert otherwise unsuspecting citizens to something that is horribly wrong somewhere.

The last time such a thing happened was in July 2008 when the country’s inflation got so embarrassingly out of control that government simply put a lid on
statistics after slashing dozens of zeros from the local currency countless times to try and hide the runaway hyperinflation.

But even by suspending publication of the annual inflation statistics at 231 million percent in July 2008, the then Robert Mugabe-led government did not stop
it from running wild to 89,7 sextrillion (that is 21 zeros) by mid-November 2008.

And Ncube and company are trying to do exactly the same thing having suspended telling us the inflation progression after the monster from the past reached
175% last month.

Instead, Ncube proposed that business and consumers keen on gauging price movements have to rely on month-on-month numbers. But this will not help the situation; he is merely hiding behind a finger.

The second other interesting thing about what Ncube told us was the massive hikes in the cost of government services which left many of us wondering what
exactly is President Emmerson Mnangagwa’s administration trying to achieve by all these measures which are simply aiding the very ills they are trying to get
rid of.

Was it not these very same people who have been telling us innumerable times that prices will fall, even threatening private sector businesses with
ruthless action for hiking prices of their goods and services.

Or is it a case of do as we say and not as we do. The biggest lesson many have learnt from Ncube’s monetary review is that when government indicates left, they
mean right.

Nothing they assure us about is anywhere near the truth which makes planning for anyone a real nightmare. Is it any wonder that investors are stuck far away
from the fence given the unpredictable nature of those running this country?

The third other sad take from the monetary review statement is that come next week, life in Zimbabwe will be a real nightmare when electricity and fuel charges astronomically shoot up.

Is Mnangagwa’s regime even aware of what they are creating, or they don’t care? If they know, are they sure the poverty-gnawed Zimbabweans can keep absorbing
these hard-to-chew austerity measures?

Time will tell, but hiding behind a finger won’t help the situation.

The post Finance minister hiding behind a finger  appeared first on Zimbabwe Situation.