Neville’s journey came to light when Valerie Salas met him for the first time in 2017 as he wandered the streets of downtown San Antonio. 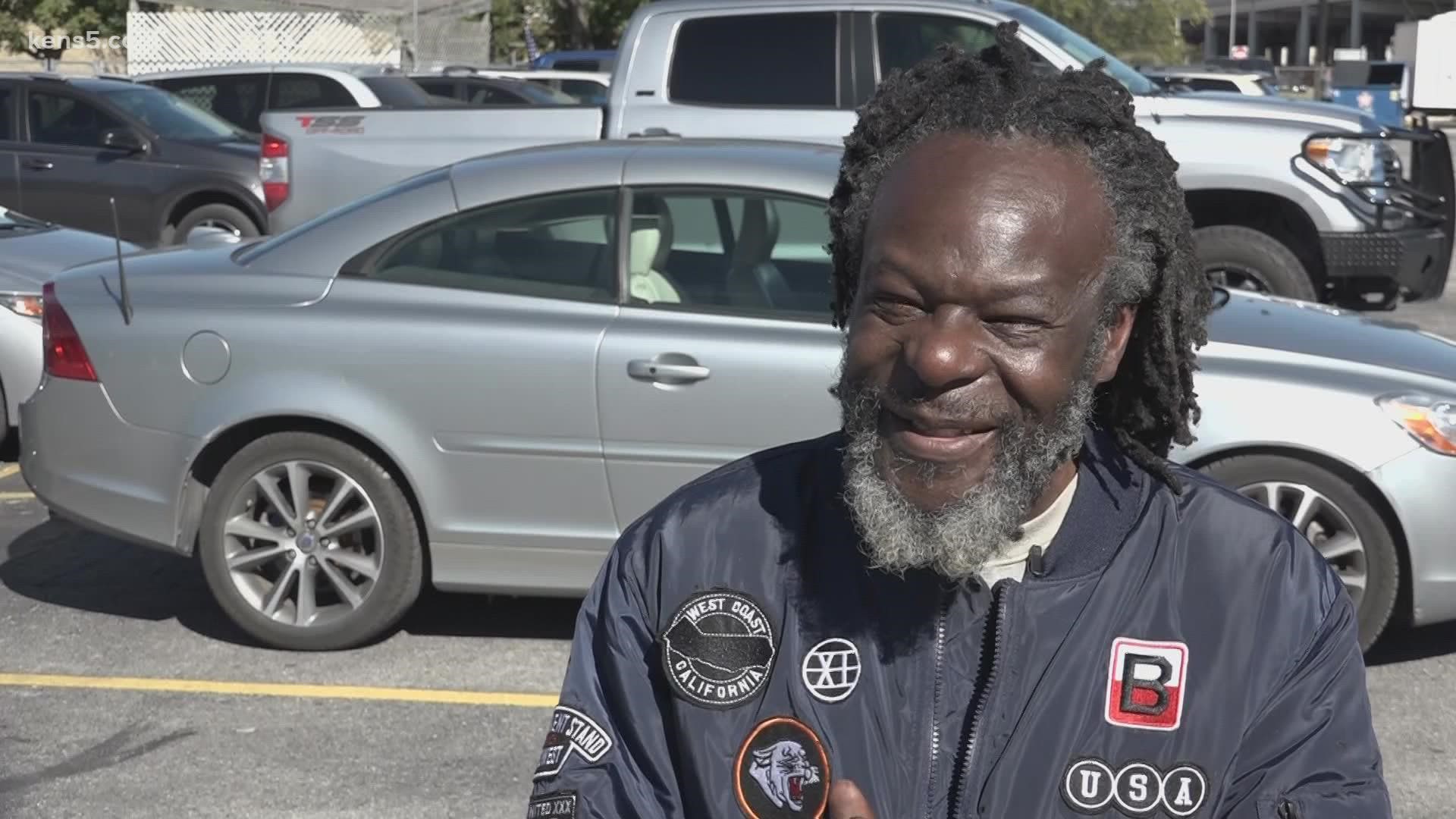 SAN ANTONIO — Neville’s journey of reuniting with family in Zimbabwe after years of living on the streets, has come to a temporary halt while the new omicron coronavirus variant prompts worldwide travel restrictions.

“We had a huge breakthrough week last week and we were actually be able to get Neville off the streets so super grateful we don’t have to wake him up in that cardboard box every morning,” said Valerie Salas, director of homeless services at Christian Assistance Ministry in San Antonio.

Neville is a military veteran who up until recently, lived the homeless life, wandering the streets and communicating with only a select few people.

Christian Assistance Ministry and the South Alamo Regional Alliance for the Homeless are among the prominent organizations that have assisted Neville over the last several years.

The community has raised thousands of dollars in an effort to fund all the necessary expenses for bringing Neville back to his home country of Zimbabwe.

“It will be more than a thriller,” Neville said.

The U.S., U.K. and European Union have implemented travel bans on visitors from South Africa while the global health care community researches the new coronavirus strain.

A travel advisory was issued two days urging Americans not to travel to South Africa due to coronavirus concerns.

Salas said everyone was looking forward to the upcoming practice trip to Zimbabwe in December.

“Zimbabwe’s affected by it so nobody coming in, nobody coming out, especially from the states so our agent just let us know early Friday that the restriction had just kicked in so we’re having to put everything on hold now,” Salas said.

Neville admits he has big ambitions upon returning to Zimbabwe and connecting with his family.

“I have people that were not born who were still in pregnancy and I would like to see how they look, just to see their faces, would be something great,” he said.

Neville has no problem waiting it out in San Antonio, a city he noted is similar to his home country as it relates to the weather. He expressed his gratitude for local homeless organizations and the community for helping him along his journey.

“The community help is what really gives us strength because without the community help, especially Valerie and CAM all the other people who work with her, it would be impossible,” he said.

Valerie and Neville have known each other since 2017 so parting ways won’t be easy. But they still have some time.

“I don’t know if the casualties are going to be the same as Ebola and I would like to avoid that if there is a way,” Neville said.

“I’m trying to be optimistic in that I get to spend more time with Neville here but we’re just being patient and just know that’s it’s going to be a waiting game,” Salas said.