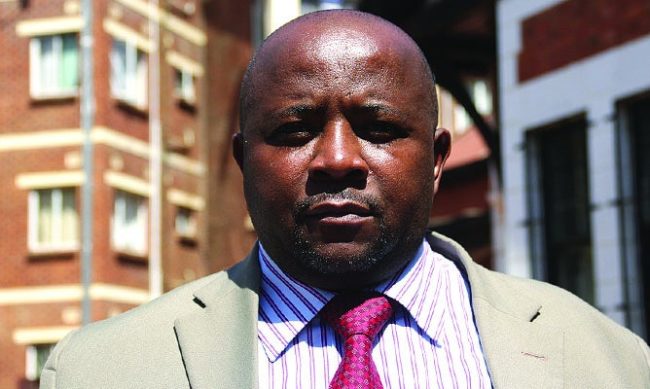 A FRESH power struggle has erupted in Zanu PF, with senior officials clashing over the suspension of Youth League leaders during Wednesday’s stormy politburo meeting in what insiders have described as the widening of post-coup political fault lines.

Secretary for youth affairs Pupurai Togarepi, his deputy Lewis Matutu and the wing’s firebrand national political commissar Godfrey Tsenengamu were relieved of their duties following a heated discussion about their much-publicised anti-corruption crusade which saw them implicating businessmen and top Zanu PF benefactors Kudakwashe Tagwirei and Billy Rautenbach at a press conference on Monday.

The youths last year also mentioned Tagwirei, a close associate of President Emmerson Mnangagwa, among the people they accused of corruptly destroying the economy.

Togarepi was demoted to a central committee member while Matutu and Tsenengamu were both handed one-year suspensions. They were demoted to ordinary card-carrying members, but will be eligible to contest for positions of their choice at the expiry of their suspension periods, albeit only after having displayed good behaviour and undergone ideological schooling at the party’s Chinese-modelled Chitepo School of Ideology.

They have, however, vowed not to attend the college unless as lecturers. In off-the-record briefings, politburo members told the Zimbabwe Independent yesterday that heated exchanges characterised the explosive meeting, where bigwigs took sharply divergent positions not only on how to sanction the youths but also how to roll out the anti-corruption fight.

Until now, there have only been factional undercurrents pitting President Mnangagwa and his deputy Constantino Chiwenga, who is widely viewed as harbouring presidential ambitions. Officials revealed the meeting laid bare the fact that Mnangagwa has lost the support of some of his backers, who were key players in the 2017 coup.

Mnangagwa and his backers were adamant that the youths be dismissed. But other party leaders, most notably Mutsvangwa, argued that the youths had raised valid points which should not be swept under the carpet.

Mutsvangwa said the politburo should not be seen protecting corrupt people at the expense of its youth, adding that the allegations they had raised “had substance”.

Sources said Mnangagwa set the ball rolling as he came out guns blazing from the outset, accusing the belligerent Young Turks of defying the party’s leadership by failing to adhere to laid down procedures when tackling corruption.

Officials said a visibly irate Mnangagwa reserved his harshest rebuke for Togarepi, whom he personally stripped of his responsibilities during the meeting.
“The President spoke first and he was brutal in rebuking the youths, particularly Togarepi. He openly told Togarepi that he appointed him to lead the youths despite the fact that, at 56, he was not qualified to do so. He told Togarepi that he owed his position to his benevolence and he was expecting him to provide good leadership to the youths, but seeing that he had dismally failed to do so, he was going to relieve him of the duties so that he remains as an ordinary card-carrying member of the party,” a politburo member said.

“The President further said his decisions did not even need to be discussed by the politburo since he served purely at his pleasure.”After he was done with Togarepi, sources said, Mnangagwa then turned to Matutu, telling him that he had gone offside and was going to ask the meeting to recommend an appropriate sanction although he would have personally favoured an outright expulsion from the party. He then opened the matter for discussion.

Sources said Chiwenga, throwing his hands as a gesture of anger, told the meeting that the only befitting punishment for the errant youth league leaders was expulsion.

“He appeared very angry. He told the meeting that he believed the youths could only have acted on behalf of someone and so they deserved to be expelled to send a clear message to their unidentified handler. Mohadi, Mpofu and Chinamasa also concurred with the proposed sanction.”

However, as an indication of the widening fissures, the group opposed to expelling the youths argued that they had a point in raising a red flag over corruption.

They also argued that if the party expels the youths, this would appear to the public as if it was a condonation of corruption.“Muchinguri-Kashiri said while she recognised that the youths had not followed procedure, she was worried about the sort of image the move would give to the country about its commitment to fighting corruption. She said the party cannot afford to ignore the corruption allegations. She got immediate support from Mutsvangwa, who said they party had no history of slapping harsh sanction on errant young people even during the days of the liberation struggle,” a source said.

“Chiwenga, incensed by Mutsvangwa’s argument, suddenly interjected and ordered Mutsvangwa to hold his peace and receive a lecture from him on the history of the party. He told Mutsvangwa that he had no right to lecture them on the history of the party since he only joined the war in 1975 and was therefore a junior. Chiwenga then took a lot of time explaining in detail his own role in the liberation war from the time he received military training at Mgagao Camp in Tanzania,” the source added.

“Basically, all female politburo members spoke against expelling the youths and argued for a more lenient punishment like suspension. It was the women’s league secretary Chinomona who first made that suggestion and got backing from Tsitsi Muzenda and Lovemore Matuke. They said an outright expulsion would be too harsh, considering that they had raised valid complaints which were of concern to many people even outside the party,” another party official said.

However, Shiri weighed in, saying there no need to be lenient with them since they spoke like people who were fed up with the party.“Shiri said he was of the opinion that they should be expelled. He said judging by their fiery language at the press conference on Monday, they spoke like people who were already on their way out of the party and the only thing that could be done was to aid them on the way,” the source added.

At that juncture, Togarepi and Matutu, who were present at the meeting, were asked to give their responses. Togarepi said he only expressed his solidarity with Matutu and Tsenengamu in the fight against corruption without necessarily subscribing to their radical statements.

He, however, received a strong backlash from Mnangagwa for going to the extent of causing the publication of a retraction in the state-controlled Herald, for a story in which the youth league was distancing itself from Matutu and Tsenengamu.

“Togarepi dissociated himself with Matutu and Tsenengamu’s statements but said he made his expressions based on the party and the President’s well-known stance against corruption,” a politburo member said.

“However, the President was not amused by the response. He was clearly incensed and told Togarepi that by causing the retraction in the Herald, he had gone too far and his offence was unpardonable. He then asked him to pack his belongings and leave the room immediately.

“Matutu began his defence by stating that since they had only expressed their own personal views and had not targeted any of their superiors in the party, they had not committed any offence. He then said he believed he was doing the right thing to speak against corruption since the party had a known stance against graft. He said he had expressed his personal opinion and was not asked to do so by anyone.

“This was however strongly rebutted by Chinamasa, who spoke figuratively saying that the only time when someone stands on his own was when he is sleeping in his bedroom and not in a public place.”

When it came to the final discussion, sources said, Muchinguri-Kashiri moved that, at worst, Matutu and Tsenengamu be suspended from the party for a year, which decision was adopted by the meeting.

Rugeje then immediately suggested that as part of their punishment, the two be sent to the Chitepo School of Ideology for a six-month re-orientation programme.
He got support from the school’s principal, Munyaradzi Machacha.

As he left the meeting following the decision, sources said, Matutu was asked to leave behind keys for the official party vehicle he has been using, a luxurious all-terrain Toyota Land Cruiser VX model.