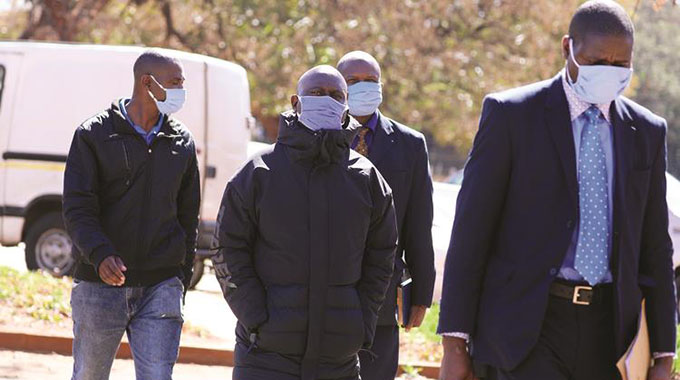 Former Harare Mayor Herbert Gomba on Saturday appeared in court on allegations of parcelling out stands meant for recreational purposes without following due process.

Gomba (44) was charged with fraud when he appeared before Harare magistrate Mr Stanford Mambanje.

He was remanded in custody to today for bail application.

The court heard that during the period extending from 2018 to 2020, Gomba who was a councillor in Glen Norah and Harare mayor, connived with Emmanuel Mutambirwa, the Valuations Department head, to cause the creation of commercial stands at Old Hararians Sports Club open space.

The stands were for a proposed creche, market place, a medical centre, recreational place and petrol filling station.

It is alleged that during the subdivision process by the Harare Planning Division, Gomba exerted pressure on Samuel Nyabeze through the phone and verbal communication to expedite the subdivision to enable the creation of and sale of the stands.

The court heard that Gomba expressed interest in the stand for a petrol filling station to Nyabeze, claiming that he risked losing the opportunity if a Commission to run caffairs was put in place before he secured it.

It is the State case that as a result of Gomba’s actions, the City of Harare planning division then came up with a proposed subdivision plan that went through processes to enable leasing of the created stands, whilst the process for change of reservation would be done at a later stage to allow stands to be sold.

The court heard that Nyabeze approved a proposed subdivision plan TPF/CR/04/18 to lease the land only, pending a change of reservation process according to the Regional Town and Country Planning Act.

It is alleged that Gomba connived with Mutambirwa and Daniel Usingarahwe, who are already on remand, and disregarded the special conditions on the approved proposed subdivision plan and sold the commercial stands to three beneficiary companies owned by the same family at $5 213 781 without complying with the Regional Town and Country Planning Act.