Source: Govt must expedite agric exchange facility | Herald (Top Stories) ONE of the targets of the Transitional Stabilisation Programme is the operationalisation of the Agriculture Commodity Exchange to guarantee market access for farmers and boost their income. Given the critical nature of the exchange, we all hoped Finance and Economic Development Minister Mthuli Ncube […] 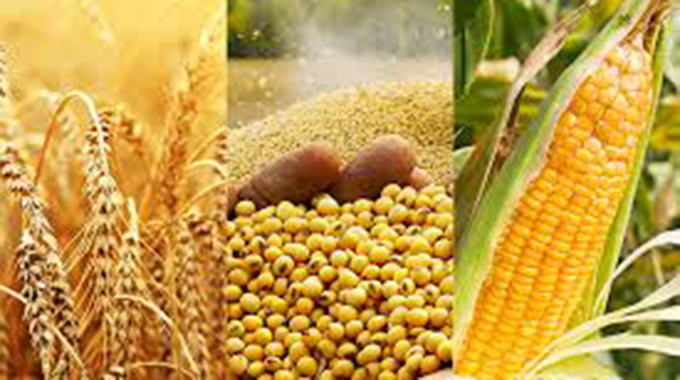 ONE of the targets of the Transitional Stabilisation Programme is the operationalisation of the Agriculture Commodity Exchange to guarantee market access for farmers and boost their income.

Given the critical nature of the exchange, we all hoped Finance and Economic Development Minister Mthuli Ncube would move with speed and establish the exchange.

By definition, an Agriculture Commodity Exchange is an organised market where future delivery contracts for graded commodities such as grains, cotton, sugar, tobacco and coffee are bought and sold. It can eliminate price volatilities and the nefarious activities of middlemen.

As the TSP rightly pointed out, some of the major reasons affecting agriculture productivity include marketing gaps and funding. It should therefore be noted that the exchange will help transform agriculture output into effective collateral for borrowing by farmers and help with effective business planning.

The operationalisation of the Agricultural Commodity Exchange will also address price volatility, market information asymmetry and post-harvest losses. This will also assist enforcement of regulations for adherence to orderly agricultural marketing in the economy.

According to the TSP, the operationalisation of the Agriculture Commodity Exchange will require promulgation of the Commodity Exchange Act. The harmonisation  of the Warehouse Receipt System Act with such  existing warehouse receipt system-related pieces of legislation as the AMA Act, GMB Act and Control of Goods Act will be undertaken.

Formal engagements with potential technical partners and investors, as well as service providers, such as banks, collateral managers, warehouse operators and the central security depository will also be necessary.

Zimbabwe can draw lessons from the Ethiopian Commodity Exchange (ECX), the first in Africa that has transformed lives. Established in April 2008, the ECX is viewed as wildly successful in modernising the country’s economy, linking close to 2,5 million smallholder farmers to both local and foreign markets and enhancing food security.

Before its establishment agricultural markets in Ethiopia had been characterised by high costs and high risks of transacting, forcing much of Ethiopia into global isolation.

With only one third of output reaching the market, commodity buyers and sellers traded with people they knew to avoid the risk of being cheated.

Trade was done on the basis of visual inspection because there was no assurance of product quality or quantity and this drove up market costs leading to high consumer prices.

Small-scale farmers, who produce 95 percent of Ethiopia’s output, came to the market with little information and were unable to negotiate better prices for their produce.

The ECX is now transforming to become a global commodity market of choice.

ECX’s mission is to connect all buyers and sellers in an efficient, reliable and transparent market by harnessing innovation and technology and based on continuous learning, fairness, and commitment to excellence.

It is our considered view that Zimbabwe has much to benefit from the Ethiopian experience and we hope to see the Government moving with speed to establish the exchange.

The President has declared agriculture will be one of the pillars to anchor economic revival and as long measures are not taken to support the sector, its contribution will not be significantly felt.

There were sad scenarios during the current tobacco marketing season where merchants connived to short-change the farmers by fixing prices at ridiculously low levels.

This has resulted in just 50 percent of the tobacco farmers buying seeds to prepare for the next farming season, an indication that there will be serious foreign currency shortages next year this time unless Government quickly secures a commodity to cover that gap.

We are saying with the commodity exchange facility, farmers not in urgent demand for cash can use the facility to hold onto their crop as they wait for the market to offer better prices instead of being forced to sell.

It is our hope that with the coming on board of the Agriculture Commodity Exchange, it means economic independence for farmers and ability to plan ahead without being forced to make uneconomic decisions by the environment.