Source: High drama as police press more cocktail of charges against abductees – The Zimbabwean Zimbabwe Republic Police (ZRP) members on Thursday 11 June 2020 pressed a cocktail of charges including faking abduction and disappearance against three opposition MDC-Alliance party youth leaders, who are victims of abduction and torture after they re-arrested them on Wednesday […]

Zimbabwe Republic Police (ZRP) members on Thursday 11 June 2020 pressed a cocktail of charges including faking abduction and disappearance against three opposition MDC-Alliance party youth leaders, who are victims of abduction and torture after they re-arrested them on Wednesday 10 June 2020. 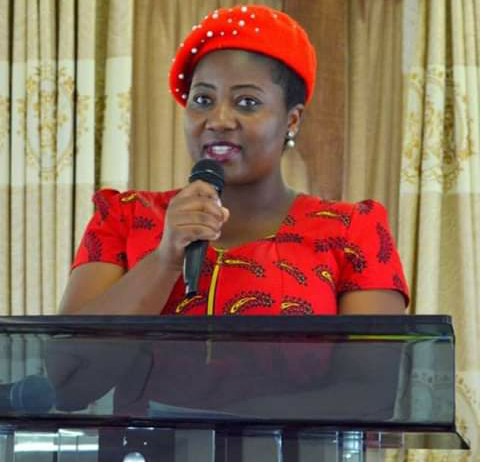 ZRP members charged Harare West legislator Hon. Joana Mamombe aged 27
years, Cecelia Chimbiri aged 31 years and Netsai Marova aged 25 years
with defeating or obstructing the course of justice as defined in
section 184(1)(f) of the Criminal Law (Codification and Reform) Act
for allegedly making false statements to some law enforcement agents
alleging that they had been unlawfully detained or kidnapped by some
unknown people, who claimed to be police officers, when they went
missing on 13 May 2020 and dumped at Muchapondwa Business Centre in
Bindura in Mashonaland Central province.

The trio is represented by Jeremiah Bamu, Roselyn Hanzi and Tinomuda
Shoko of Zimbabwe Lawyers for Human Rights.

The law enforcement agents also charged Hon. Mamombe with contravening
section 4(1)(a) of the Public Health (Covid-19 Prevention, Containment
and Treatment) (National Lockdown) Order Statutory Instrument 77/2020.
ZRP members claimed that Hon. Mamombe breached some national lockdown
regulations on 24 April 2020 at Chichera farm in Marlborough suburb,
where while in the company of some unnamed people, she unnecessarily
moved around the farm while conducting some interviews with the farm
tenants.

Marova and Chimbiri were also charged with violating section 37(1)(b)
of the Criminal Law (Codification and Reform) Act after they allegedly
participated in an anti-government demonstration held on 19 February
2020, where they held some placards written “Respect our
Constitution”, “ED enda”, “Hatichada kunyengerera” and “Hatipihwe
order nemasaskamu.

Already, Hon. Mamombe, Chimbiri and Marova are set to stand trial in
August after they were first arrested on 26 May 2020 and charged with
committing public violence for allegedly participating in an
anti-government protest against hunger during the national lockdown
period.

The trio, which was granted RTGS$1 000 bail and asked to report once
in a fortnight at police stations, was accused of gathering with
intent to promote public violence, breaches of the peace or bigotry as
defined in section 37 of the Criminal Law (Codification and Reform)
Act and for contravening section 5(3) (a) as read with section 5(1) of
Statutory Instrument 99 of 2020 of Public Health (COVID-19 Prevention,
Containment and Treatment) (National Lockdown) Order, 2020.

Prosecutors allege that Hon. Mamombe, Chimbiri and Marova participated
in an illegal demonstration held on 13 May 2020 in Warren Park 1
suburb in which opposition MDC-Alliance party supporters allegedly
staged a flash demonstration protesting against hunger at a time when
the country was under a government enforced national lockdown.

The decision to press criminal charges against Hon. Mamombe, Chimbiri
and Marova came at a time when the trio was receiving treatment at a
local medical facility following their abduction, disappearance and
torture on 13 May 2020.

To date, no arrests have been made by ZRP members of people who
abducted, disappeared and tortured the opposition youth leaders with
Home Affairs and Cultural Heritage Minister Hon. Kazembe Kazembe
accusing them of faking their abduction and torture, a charge which
their lawyers deny.