The post It’s Not Sanctions, It’s Corruption and Lack of Reform  appeared first on Zimbabwe Situation. 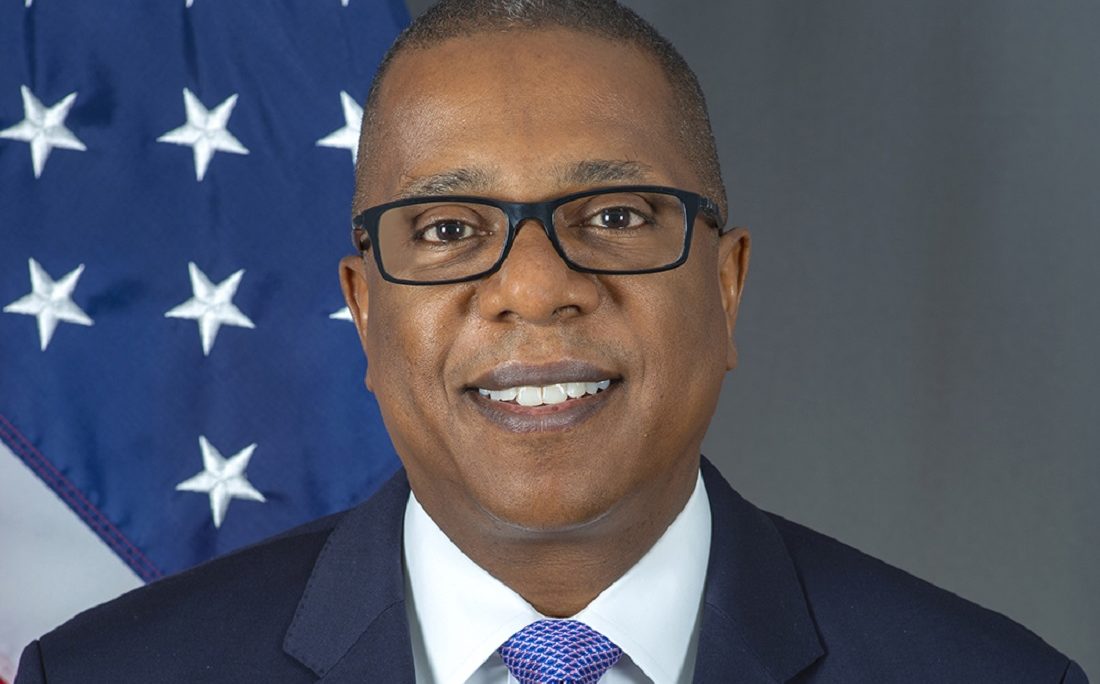 Op-ed by Ambassador Brian A. Nichols first published in the Newsday on October 24, 2019

Harare- October 24, 2019– Blessed with abundant mineral resources, rich farmlands, ideal weather, stunning national parks, and a well-educated, industrious people, Zimbabwe should be the economic powerhouse and the breadbasket of southern Africa, and even more popular as a tourist destination and business investment opportunity, as it once was.

What then, is holding Zimbabwe back?  It’s not sanctions.  There are only 141 Zimbabwean people and companies on the U.S. sanctions’ list.  That’s right, just 141, in a country of 16 million.  They are on the list for good reason.  These are people who have engaged in corruption, committed human rights abuses, and undermined Zimbabwe’s democratic process.  Blaming sanctions is a convenient scapegoat to distract the public from the real reasons behind Zimbabwe’s economic challenges – corruption, economic mismanagement, and failure to respect human rights and uphold the rule of law.

There is no U.S. trade embargo on Zimbabwe.  American companies are interested in investing in Zimbabwe but are deterred by the massive levels of corruption, economic uncertainty, and weak rule of law.  So, investors turn to other promising opportunities in the region and wait for the country to embrace the political and economic reforms that would make it a more attractive destination.

The greatest sanctions on Zimbabwe are the limitations the country imposes on itself.  Zimbabwe is ranked 160 out of 175 nations on Transparency International’s corruption list.  Zimbabwe loses more than US$1 billion per year to corruption.  That’s huge compared to the size of Zimbabwe’s entire economy – around US$26 billion.  The government says fighting corruption is a priority but have government and government-connected perpetrators been held accountable?  No.  If the country’s laws were evenly applied and enforced, government coffers would be full and the economy would be humming; tax revenue and foreign exchange would not leak from the treasury, and government would recover some of the money that has made a privileged few extremely wealthy.  It’s not sanctions, it’s corruption.

The most conspicuous example is the more than US$2.8 billion missing from command agricultural subsidies.  Who has benefited?  Where is the accountability?  Up to 50 percent of the population faces food insecurity and hospitals lack basic supplies, life-saving medicine, and medical equipment.  The money missing from the agricultural subsidies could help many Zimbabweans in need.  The government should be working to get this money back into its coffers.  It’s not sanctions, it’s graft.

An American firm won the tender for the construction of the Dema Power plant in 2016, but the government cancelled the contract and awarded it to Sakunda Holdings, which had not even placed a bid.  This type of corruption damages Zimbabwe’s reputation and drives away investors who want to be sure the rules apply to everyone.  It’s not sanctions, it’s dishonest dealings.  The Zimbabwe National Road Administration (ZINARA) is unable to account for US$25 million.  How many roads could ZINARA have repaired with this money?  How much clean water could have been provided?  It’s not sanctions, it’s stunning mismanagement.

The Zimbabwe Electricity Distribution Company (ZETDC), a subsidiary of Zimbabwe Electricity Supply Authority (ZESA), paid US$4.9 million to Pito Investments for transformers in 2010.  The transformers were never delivered.  Similarly, the Zimbabwe Power Company paid 196,064 South African rand to York Investments for gas that was never delivered, and US$67,000 for coal that was never delivered.  Corruption is at the heart of why Zimbabweans are suffering through prolonged power outages.  It’s not sanctions, it’s a betrayal of the public trust.

The Zimbabwe School Examinations Council (ZIMSEC) paid US$3.1 million for a printing machine in 2016.  ZIMSEC then failed to pay a balance of US$1.3 million, which delayed the machine’s delivery and commissioning.  As a result, ZIMSEC had to later pay approximately US $2.2 million to outsource the printing of examinations in 2017.  How many textbooks or computers could the Ministry of Education have purchased with the lost US$2.2 million and funds tied up in an incomplete purchase?  It’s not sanctions; it’s dereliction of duty.

The Civil Aviation Authority of Zimbabwe, which the auditor’s report described as insolvent, paid for furniture at the JM Nkomo International Airport in Bulawayo that was never delivered.

The government allocates taxpayer funds for goods and services that are never delivered because the very same funds are disbursed into someone’s private account.  There are people getting rich, many of them Zimbabwe’s political elites, as the economy continues to deteriorate around them and the Zimbabwean people suffer from crippling shortages of food, electricity, clean water, and medicine.  It’s not sanctions, it’s unmitigated greed.

Seventeen people died during mass protests in January.  There were 17 reports of rape or sexual assault and police arrested more than 1,000 people in dragnet arrests in January and February.  All of these reports allege police or military officers were the offenders.  It’s not sanctions, it’s state-sanctioned violence.

The United States wants Zimbabwe to succeed.  Since 1980, the United States has contributed US$3.2 billion in assistance to the Zimbabwean people, and is the country’s largest bilateral donor in health and humanitarian assistance to the Zimbabwean population.  We will continue to support the President’s Emergency Plan for AIDS Relief (PEPFAR) in Zimbabwe, which has brought the country to the cusp of HIV epidemic control, despite the aforementioned challenges.  Thanks to U.S. government investments in PEPFAR and the Global Fund, over 1.1 million Zimbabweans are on life-saving HIV treatment.  Our embassy will continue to work with partners in Zimbabwe to overcome the persistent threats of malaria, cholera, and tuberculosis affecting the Zimbabwean people, and step in and help them even if the government does not.

The United States is also the largest bilateral donor of emergency humanitarian assistance in Zimbabwe.  The United States provided nearly US$8 million in Cyclone Idai relief.  We contributed US$86.9 million in 2019-2020 lean season food assistance which is feeding more than a million food-insecure people.  Today’s growing food need is a direct result of the government’s corruption and mismanagement, which turned the breadbasket of Africa into a country much of whose population requires international food aid.  But the U.S. government supports the Zimbabwean people and will continue to help ensure they do not starve.

The Zimbabwean government has set the goal of becoming a middle-income country.  To get there, the government should fulfill its promises of upholding the rule of law, fighting corruption, respecting human rights, and fully implementing Zimbabwe’s 2013 Constitution.  Progress on these goals is the path forward to prosperity and deeper engagement with the United States and the international community.  Our targeted sanctions are not responsible for Zimbabwe falling tragically short of its potential.  The fault lies in catastrophic mismanagement by those in power and the government’s abuse of its own citizens.

The post It’s Not Sanctions, It’s Corruption and Lack of Reform  appeared first on Zimbabwe Situation.