Source: Khupe attempts to ‘steal’ Chamisa’s money | Newsday (News) The MDC-T led by Thokozani Khupe, in connivance with government, allegedly attempted to claim the money entitled to Nelson Chamisa’s MDC Alliance through the Political Finances Act. BY BLESSED MHLANGA Party secretary-general Chalton Hwende said the party had to rope in its lawyers to stop […] 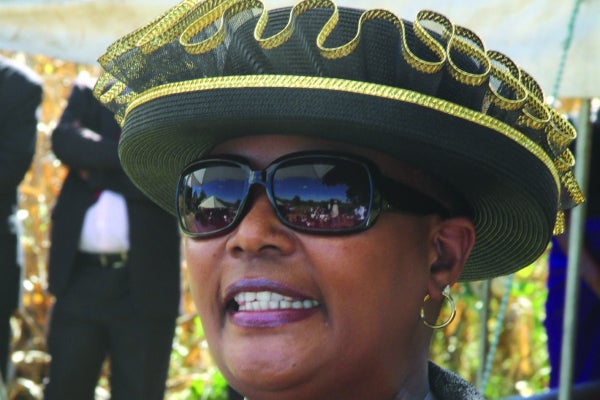 The MDC-T led by Thokozani Khupe, in connivance with government, allegedly attempted to claim the money entitled to Nelson Chamisa’s MDC Alliance through the Political Finances Act.

Party secretary-general Chalton Hwende said the party had to rope in its lawyers to stop the grand theft attempt of $1,8 million meant for the MDC Alliance from Treasury.

“We received a letter from the Justice ministry signed by the permanent secretary (Virginia) Mabiza, saying they wanted to give our money to Khupe. It was a shocking act of attempt to steal from us and cripple our activities as a party,” he said.

In a letter addressed to Mabiza, Hwende called on government to pay the entire share of the MDC Alliance, and not a single penny to Khupe.

“We refer to the above matter, in particular your letter dated August 7 addressed to the Lovemore Madhuku Legal Practitioners. We are surprised by an insinuation and claim in the letter that our (Jameson) Timba proposed that you pay part of what is due and payable to us to another political party. We categorically state that no such suggestion was ever made,” Hwende wrote.

“As you are aware, the right to receive these funds emanate from a statute and the funds themselves are taxpayers’ funds. As such, the party is not at liberty to make unjustified and unwarranted decisions regarding the use and disbursement of the funds, as it is both illegal and unlawful.”

Mabiza, in an email dated August 8 backtracked, telling Hwende that she would now pay the MDC Alliance the entire share of the money owed it by the State.

“I refer to the above and further to my letter dated the 7th instant, whose contents I hereby withdraw. This is owing to further clarity from the MDC Alliance on the main issue highlighted. You are, therefore, kindly asked to disregard the letter in its entirety,” she wrote.

The MDC has accused the Zanu PF-led government of trying to use the party’s weak financial status to cripple its political operations.

Hwende said even after the Finance ministry had released $12 million to the Justice ministry, Mabiza was still holding on to the MDC Alliance’s share though Zanuu PF had already been paid.

In a letter to Mabiza dated August 8, Hwende demanded that the money be released without further delay.

“We write to express our dismay in the delay of the disbursement of our allocation under the Political Parties Finance Act … You (Mabiza) confirmed that your ministry had received the full allocation of the $12 million plus.

That you had disbursed to Zanu PF, that the only hurdle that had delayed our disbursement was the regularisation of our vendor number… we request that you urgently fulfil your constitutional and statutory mandate by disbursing our funds, based on the outcome of the election,” Hwende wrote.

The move to pay the MDC-T money owed by the State to the MDC Alliance came after Khupe, through her lawyer, tried to stop Chamisa from getting his party’s.

MDC lawyers, Atherstone and Cook intervened in July, threatening to take court action against government, saying the actions of the Justice ministry were of no legal basis and force.

“It has come to our attention that on July 26, your office received a letter from the Lovemore Madhuku Legal Practitioners, who act for Thokozani Khupe. The letter in essence requests you to stop any disbursements to our client until finalisation of cases SC289/19 and HC23/19. The request is malicious, frivolous, unlawful and seeks to circumvent a statutory obligation of money from the taxpayer that is due to our client; the request can neither be entertained nor granted,” the letter read.