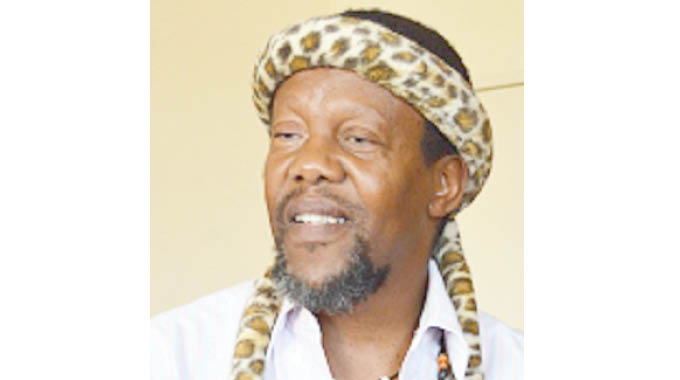 A TENSE atmosphere enveloped the Ndiweni homestead in Ntabazinduna where ousted Chief Nhlanhla Ndiweni lives with the gate locked and people inside refusing to entertain any visitors.

When Sunday News visited the Ndiweni homestead yesterday, a man who was manning the gate told the news crew that they did not want anyone in their homestead and the family was not interested in talking to any journalists.

He claimed Mr Ndiweni was not around and he was not aware where he was.

“Please go, just go, we don’t want you here, leave us, that is why we have locked the gate, so don’t trouble us,” said the man throwing his hands in the air in apparent detestation.

Questioned on whether as a family they were aware of the Government’s decision to strip Mr Ndiweni of his position, he claimed they did not recognise it and their chief remained Mr Ndiweni.

“We don’t want to know what the Government said, we don’t care, our chief remains Chief Ndiweni,” he said.

Sunday News also managed to talk to some villagers on the matter and there was a largely divided opinion with others backing the Government’s decision while others felt it had erred in its decision.

“I believe this was a right decision because in line with Nguni customs he does not qualify to be a chief. He is not the first nor last born in the family but a middle child. What we know is that if the first son is not made a chief the last born should then be made the heir. This did not happen with Ndiweni. Despite having knowledge to his background, we had accepted him as the chief but I think it’s fair that he has been removed as this will restore our cultural values,” said a villager who identified himself as Mr Masuku.

A Mr Sgidi felt Mr Ndiweni was indeed the rightful heir to the chieftainship revealing that the late Chief Khayisa had made it clear on who he wanted to succeed him.

“Chief Khayisa was clear on who the rightful heir was. He gave a number of instructions even regarding on who was to be part of his body viewing where he said only old people 80 years and above could be part of the process.

“With regards to the chieftainship he said while he was meant to give it to his last born son, Douglas that could not happen as Douglas was married to a coloured woman, Chief Khayisa also dismissed Joram because he had married a German and what made this even more decisive is that his father was killed by the Germans hence he had a long-standing grudge, he therefore directed the elders to give the chieftainship to Felix Nhlanhla,” said Mr Sgidi.

He said they would rather have a chief from outside rather than have either Joram or Douglas taking over the chieftainship.

Contacted for comment Mr Ndiweni professed ignorance on the Government’s decision revealing that no official communication was made to him. He said he stood guided by a family communique released last Friday, which had noted that the family continued to recognise him as the chief of the area.

“As was the earlier suspension I have not received any communication which already reflects clumsiness in the administration process, however, we have always submitted ourselves to the law and will continue to do so. We are, contrary to many reports, working very well with the Government,” said Mr Ndiweni.

Questioned on whether he would be surrendering the various benefits including the Government issued vehicle as directed Mr Ndiweni said the benefits were for the community hence the withdrawal of the benefits will be to the community, not himself.

He further revealed that he was also in communication with his siblings, Joram and Douglas but noted that the impasse went beyond them as a family.

“Yes, I am in contact with both Joram and Douglas, who is currently lodging at a family member’s residence right next to the chief’s homestead. Sadly, the matter is simply not up to us and due diligence was done by the relevant people as regards the chieftaincy a long time ago,” said Mr Ndiweni.

On whether the family would appoint an acting chief while the matter was being resolved, he said this was not to happen as the family had already decided that he was the rightful heir to the chieftainship.