The post Leaders jet in for funeral service appeared first on Zimbabwe Situation.

Source: Leaders jet in for funeral service | The Herald September 14, 2019

The airport was a hive of activity as local and foreign journalists jostled to interview and take pictures of the sitting and former presidents who also signed a condolence book on arrival.

First to arrive at around 2pm was former Ghanaian President Jerry Rawlings, who took to social media last Friday when Cde Mugabe’s death was announced saying: “You lived for the dignity of your fellow Black. Your African pride, and dignity and audacity were unassailable.”

President Mbasogo, who took time to visit Cde Mugabe when he was still hospitalised in Singapore, could not old back his tears.

He said Cde Mugabe’s death had not only pained Zimbabwe, but the people of Africa.

“Former President Mugabe should be remembered for fighting for land, taking back land from whites and giving it back to the people of Zimbabwe,” he said. “He will remembered in the whole continent of Africa.

“We should give credit to those who liberated us not only in Zimbabwe but Africa as a whole.”

Former Botswana President Festus Mogae, who together with sitting Vice-President Slumber Tsogwane, was the third statesman to arrive at about 4pm, said he worked closely with Cde Mugabe.

“We worked together for the development of Africa. It was a great honour to collaborate with him,” he said.

Longtime allies and friends of Cde Mugabe, former Namibian leaders Cdes Sam Nujoma and Hifikepunye Pohamba were next to arrive together with incumbent, President Hage Geingob, who described Cde Mugabe as a father, great statesman and Pan-Africanist.

“He was our father. He worked closely with my predecessors and I was guided by him as a great pan-Africanist,” said President Geingob. 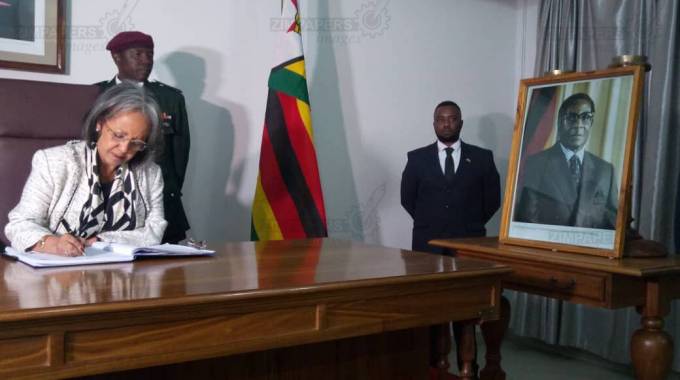 “I have come here to join brothers and sisters to pay respects to the great freedom fighter,” he said. “We worked well together and we should continue to work hard to fulfil his wishes of a liberated Africa.”

Cde Pohamba said he and Cde Mugabe met in 1962 in Mbeya (Tanzania) and worked together since then until Zimbabwe got independence in 1980.

Next to arrive was Lesotho Deputy Prime Minister Monyane Moleleki who said: “He (Cde Mugabe) was a very good friend of our Kingdom. He will solely be missed by many. Whenever he appeared at conferences he would receive great applause.”

Former South African President Thabo Mbeki, who landed after Deputy PM Moleleki, said he had known Cde Mugabe for long, adding that he had the liberty to say anything to Zimbabwe’s former President.

“We were close to the extent that I would say anything to Cde Mugabe,” he said. “We worked together in solving some arising issues in Zimbabwe.

“The last time we met was in 2017 when we were discussing his retirement. He will be sadly missed.”

Former South African President Jacob Zuma arrived later in the evening and said the death of Cde Mugabe was an emotional moment. 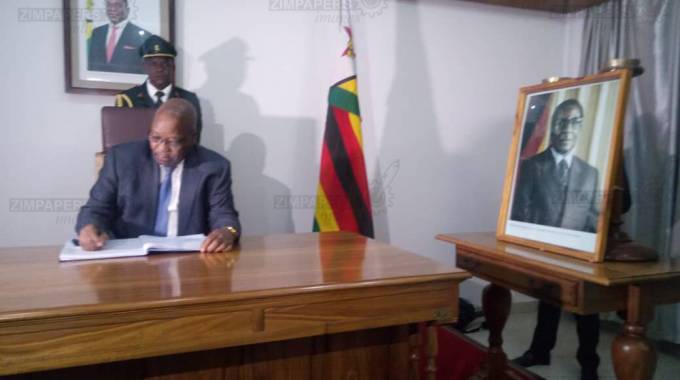 Cuban Vice President of Council of States and Ministers, Ms Ines Maria Chapman Waugh said her country had a long, fruitful and deep-rooted relationship with Zimbabwe and Cde Mugabe, which dated back to the liberation struggle.

“There are deep stories,” she said. “I came here to present our condolences from the bottom of our hearts.”

Other leaders were expected to arrive today. 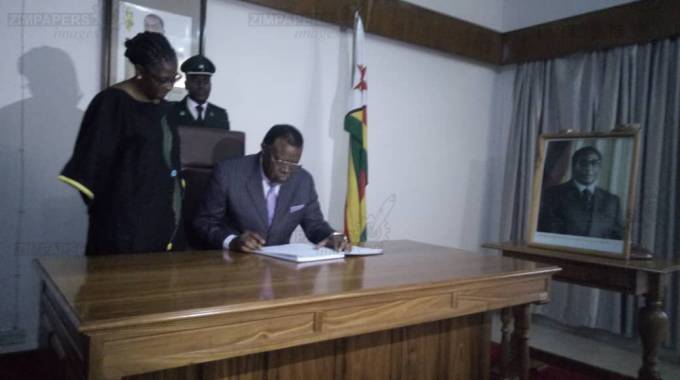 The post Leaders jet in for funeral service appeared first on Zimbabwe Situation.