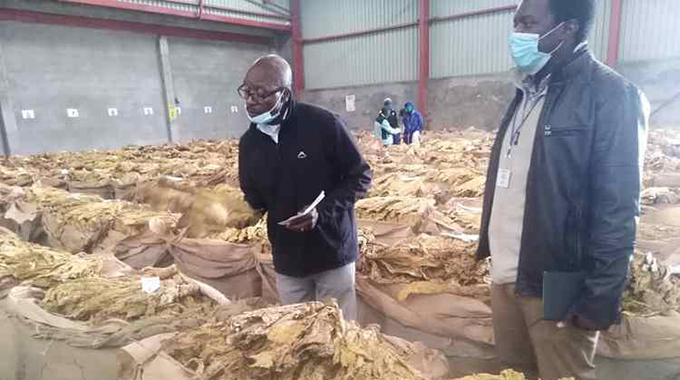 ZIMBABWE should prioritise local production of finished goods and raw materials to cut dependency on imports that continue to pile unrelenting pressure on the exchange rate, the Confederation of Zimbabwe Retailers (CZR) has said.

On account of low production, the southern African country imports nearly 60 percent of the finished products it consumes, as output from the local industry and the agriculture sector has seen it struggle to produce enough to meet demand since the economic meltdown that started at the turn of the century.

For instance, the Confederation of Zimbabwe Industries (CZI) noted in its 2019 manufacturing sector survey report that industrial capacity utilisation averaged 48 percent in 2018 while local sourcing of raw materials had fallen to 52 percent from 64 percent previously.

As such, CZI projected that average industrial capacity would drop further to 34 percent in 2019 on account of growing challenges in accessing foreign currency on the formal market, as doing so on the black market comes at a huge and prohibitive cost.

Over the last two decades, Zimbabwe’s economy has been negatively affected by a combination of factors, chief among them illegal western sanctions, issues arising from land retribution to the landless black majority and a cocktail of missteps including some policy inconsistency and excessive money supply growth.

Farm production also suffered from lack of funding to enhance productivity while droughts have not been kind to the farmers’ efforts, a development that affected synergies with the manufacturing sector, which has shrivelled amid funding constraints to recapitalise.

CZR president Denford Mutashu said the overwhelming demand for foreign currency, especially the US dollar needed for imports, is exerting too much pressure on the exchange rate to a point where this has caused exchange rate volatility.

Although the Reserve Bank of Zimbabwe (RBZ) fixed the exchange at 25 to 1 against the US dollar in March, most importers cannot get the hard currency they need on the interbank and rely almost entirely on the parallel market where they buy it at high rates.

Amid the unrelenting pressure from excessive demand, the parallel market rates have risen exponentially, from 2,5 to 1 on being floated on the interbank market in February last year, to between 70 and 80 to the greenback.

While the Zimbabwe dollar continues to weaken against the major currencies, businesses have either started refusing payments in the
local currency in preference for the US dollar or put a huge premium on the prices quoted in
the domestic unit to repel payment to hard currency.

The volatility of the Zimbabwe dollar exchange rate has in turn given rise to a precipitous increase in inflation, which has sky-rocketed from 5,39 percent in September 2018 to 785,55 percent by May this year, annualised.

“The US dollar remains the most preferred currency of payment. For those that prefer to pay in RTGS or Zimbabwean dollar, the exchange rate used to quote prices is way above that of the parallel market, and traders locate it between the parallel market rate and the Old Mutual Implied Rate (OMIR),” Mr Mutashu said.

The CZR president said businesses were modelling prices with a view to retain value after selling goods or services, which he said was a common practice in most inflationary economic environments such as Zimbabwe is experiencing.

“What is critical to sustain our currency is to quickly and urgently put our mouth where our money is and focus more on growth drivers by looking at how we can support the productive sectors of the economy.

“There has been a push to implement the local content policy to localise production and the sourcing of raw materials.

“We want sustainable production that gets us to feed into the demand out there.

“We have reached a situation where we depend on the importation of almost everything. Imports are directly involved in terms of exchange rate stability because we say a country’s currency is only as strong as its production.

“Without production or being self-sufficient it would be difficult to stabilise the exchange rate of Zimbabwe.

“When production is localised, it means there is less haemorrhaging of foreign currency that is going to import both essential and non-essential products,” he said.

While authorities push for de-dollarisation, the economy appears to be doing the opposite and experiencing re-dollarisation as many people prefer to transact or hold the US dollar as the Zimbabwe dollar depreciates.

But the Government has insisted there will not be a return to the dollarisation era, which would certainly present its fair share of challenges from the very same reasons that forced the switch back to local currency.

This would also potentially be a fatal policy decision given the limited foreign currency inflows to meet the demand for industry and citizens as well as the withdrawal of virtually all correspondent bank relationships needed to facilitate importation of hard currency into the country.

RBZ Governor, Dr John Mangudya has in many instances shared similar sentiments, arguing that Zimbabwe’s biggest challenge lies in that it has limited domestic production, which exposes its currency and deprives the country of the vitally critical export earnings.

The central bank chief told a recent Parliamentary Portfolio Committee meeting that Zimbabwe needed to focus more on production to cut the dependency on imports, stabilise rate, create employment and grow the economy.

“There is need for the country to boost production and therefore job creation. The black market is now an industry as people are jobless.

“A few transactions on the black market can easily push the parallel market rate. The official exchange rate remains at 25,” said Dr Mangudya.

The RBZ recently imposed transaction thresholds on electronic banking platforms as part of measures to foil speculative trading in foreign currency since the economic meltdown that started at the turn of the century.