Source: Milk output down 50% – NewsDay Zimbabwe September 5, 2019 BY EVERSON MUSHAVA/FARAI MATIASHE ZIMBABWEANS and political leaders from across the globe yesterday expressed mixed reactions to news of the death of former President Robert Mugabe, with some describing him as a judicious leader while others labelled him one of Africa’s worst dictators who […]

The post Milk output down 50% appeared first on Zimbabwe Situation. 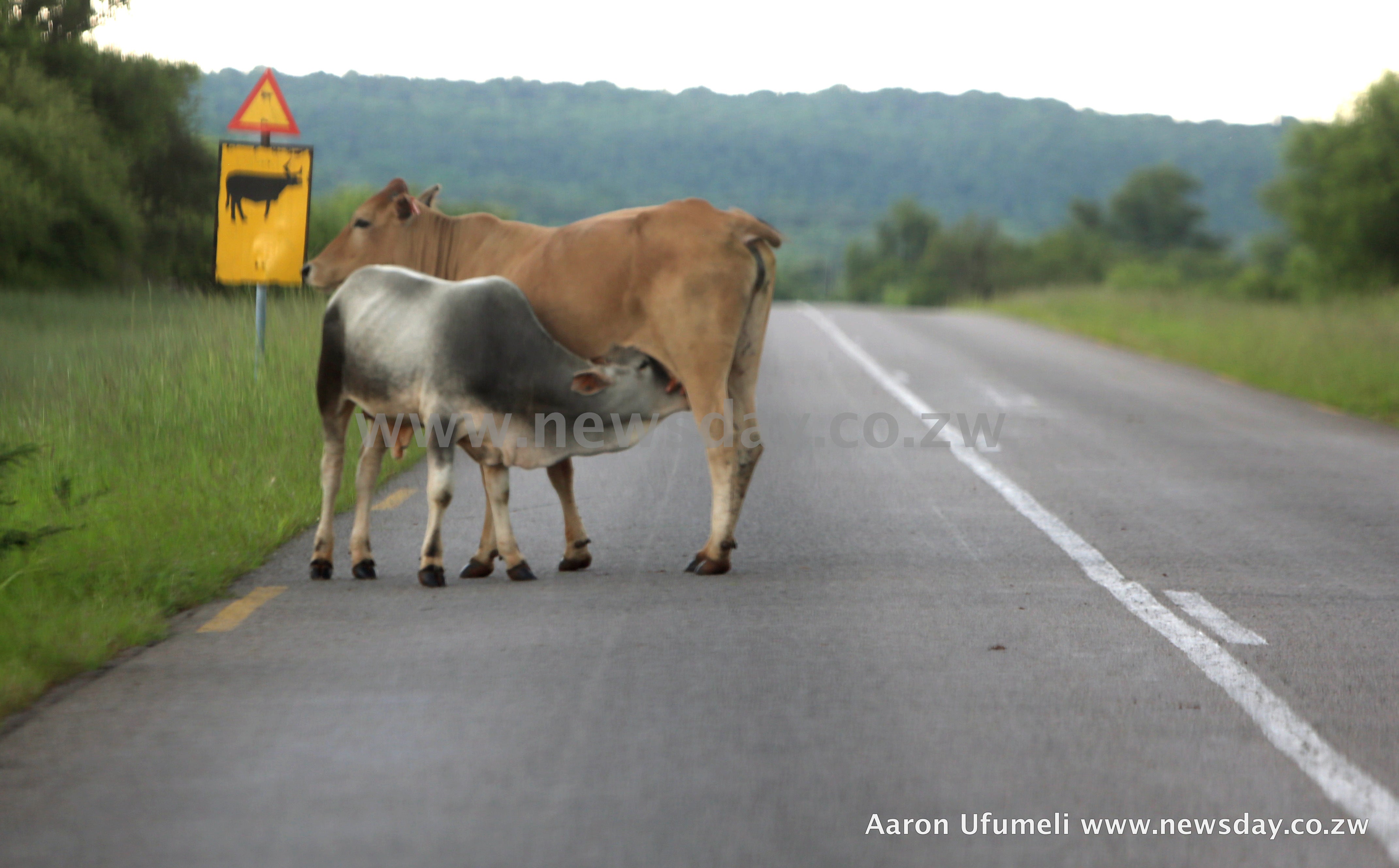 ZIMBABWEANS and political leaders from across the globe yesterday expressed mixed reactions to news of the death of former President Robert Mugabe, with some describing him as a judicious leader while others labelled him one of Africa’s worst dictators who overstayed in power and eventually ruined his legacy.

Last night, President Emmerson Mnangagwa declared Mugabe a national hero and said all the coming days would be set aside for mourning until the 95-year-old former Statesman is laid to rest.

Mugabe died yesterday morning at the age of 95 after being admitted at Gleneagles Hospital in Singapore in April
this year.

Friends and foes immediately took to social media to express their views, with some analysts saying his style of
leadership spanning 37 years was loved and hated in equal measure.

Mugabe was toppled in a military coup at the height of the ruling Zanu PF party’s factional fights in November
2017 and immediately succeeded by his then deputy, Mnangagwa, following a nasty fallout.

Mnangagwa broke the news of his political mentor’s death in a tweet, describing Mugabe as a liberation war icon
and pan-Africanist who sacrificed all for the emancipation of Zimbabweans.

“Cde Mugabe was an icon of liberation, a pan-Africanist who dedicated his life to the emancipation and
empowerment of his people. His contribution to the history of our nation and continent will never be forgotten.
May his soul rest in eternal peace,” Mnangagwa said on Twitter before cutting short his business engagements at
the World Economic Forum in Cape Town, South Africa, to come back home and arrange for the repatriation of
Mugabe’s remains.

Mugabe, who, during his tenure attracted scorn from the opposition after denying national hero status to several
deserving liberation war heavyweights, is reported to have told close family members that he wished to be buried
at his rural home in Zvimba, Mashonaland West province.

Although Mnangagwa is yet to publicly respond to the proposal, top Zanu PF sources said government was most
likely to override Mugabe’s deathbed wish and bury him at the national shrine, where his first wife, Sally, was
laid to rest in 1992.

National Peace and Reconciliation Commission (NPRC) chairperson retired Justice Selo Maselo Nare said Mugabe
would be remembered for extending an olive branch to his white oppressors at independence in 1980.

Justice Nare added that Mugabe’s peace and reconciliation efforts brought once warring parties Zanu and PF Zapu
together when he and then Zapu leader, the late Joshua Nkomo signed the Unity Agreement on December 22, 1987,
allowing citizens to once again taste peace after the regrettable Gukurahundi violence in Matabeleland and
Midlands provinces.

“At a time the country was at a crossroads, Cde Mugabe again signed the Global Political Agreement with the late
MDC-T leader Morgan Tsvangirai to pave way for the Government of National Unity. It is no coincidence that the
constitutional and legislative processes to establish and operationalise NPRC began during his tenure as
President,” Justice Nare said.

“The NPRC extends its heartfelt condolences to the Mugabe family, President Emmerson Mnangagwa and the
government of the Republic of Zimbabwe for the sad (and) untimely departure of the liberation icon and Pan-
Africanist.”

Most loathed at home, Mugabe was revered in the Sadc region as an iconic leader.

Neighbouring South Africa’s ruling African National Congress (ANC) party hailed Mugabe for exhibiting principled
leadership, saying Africa was poorer without him.
ANC secretary-general Ace Magashule said Mugabe’s life epitomised the “new African” who, having shrugged off the
colonial yoke, strived to ensure his country took its place among the community of nations, firmly in charge of
its own destiny.

Mugabe’s decision to invest in his country’s education helped the nation even after the collapse of its economy, South Africa’s opposition United Democratic Movement leader Bantu Holomisa said in a statement.

But Democratic Alliance spokesperson Solly Malatsi said Mugabe would be remembered for his conflicting legacy as
a liberator towards independence and an oppressor of the democratic values he once fought for.

“We express our condolences to those who mourn Robert Mugabe’s death. However, Zimbabweans suffered for too long
as a result of Mugabe’s autocratic role,” the British Foreign ministry said in a statement.

The European Union said it would continue to stand with Zimbabwe and its people to secure the democratic future
of the country.

Russia’s President Vladimir Putin said: “Many important dates in Zimbabwe’s modern history are tied to the name of Robert Mugabe. He made a great personal contribution to the battle for your country’s independence, to the
building of Zimbabwean State institutions.”

GraÇa Machel, widow of the late Mozambican leader Samora Machel and South African President Nelson Mandela, said Mugabe was like a brother to her.

“Mugabe was my brother because before he came back in Zimbabwe in 1980, he was in Mozambique. I knew him very
well and when my husband, the former President of Mozambique Samora Machel, was killed, I ran and came to this
country to Mugabe because I could not sleep,” she said in Harare during a Zimbabwe Council of Churches Women’s
Dialogue platform.

“When the former First Lady, the late Sally Mugabe passed away, I also came to Zimbabwe to mourn with him
because he was my brother. But there is something wrong with leaders sitting in power for too long. As a result,
for the younger generation, they cannot remember that he contributed immensely for the liberation of this
country.”

Exiled former Cabinet minister in Mugabe’s government Jonathan Moyo tweeted: “It’s sad you have gone at the most
trying time for Zimbabwe. Truth-telling will one day reveal how you fought your regime’s enforcers to find each
other with (Joshua) Nkomo in 1987 and (Morgan) Tsvangirai in 2009; and why besides yourself, only (Nelson)
Chamisa got your vote for the presidency!”

Chamisa said even though his party differed politically with the late former President during his reign, he
recognised the positive contributions Mugabe made as the country’s founding President.

“There’s so much to say for a life of 95 years and national leadership spanning over 37 years, but in the true
spirit of Ubuntu, we would like to give this moment to mourning, but there will be time for greater reflection,”
the opposition MDC leader said yesterday.

MDC national secretary for elections Jacob Mafume said Mugabe ruined his legacy by clinging to power against all
odds.

“A lesson learnt is not to overstay in power, a lesson that one can be many things to different people. Hated
and loved in equal measure. A ruined country remains, he died far from it,” Mafume said.

Another MDC official, David Coltart, said Mugabe made immense contribution to the country’s education system,
but also had a dark side whose negative legacy will live on and haunt Zimbabweans for decades to come.
Youth Forum Zimbabwe director Ashton Bumhira blamed Mugabe for the economic malaise the southern African nation
is facing.

“For my generation, Mr Robert Mugabe should be remembered for what he was to us. He was a dictator. He was
ruthless. He is the author of the current economic and political challenges we’re facing as a nation,” he said.

“If it was not the coup, Mr Mugabe wanted to rule from the grave. The current Zanu PF leadership is the epitome
of his legacy.”

An entrepreneur in Mbare, the slums of Harare, Albert Chibanda (29), described Mugabe as an iconic leader who
empowered the youths through various initiatives.

“It is sad to hear that Mugabe has passed on. To us the youths, he empowered us through his indigenisation and
empowerment programmes. He was very influential. During his times, he supported us to establish businesses which
are enabling us to put food on the table for our families today,” he said.

Petunia Mugadza (25), a vendor in the capital, said Mugabe, through his economic policies, ensured that
Zimbabweans would not suffer.

“I wish if he had lived longer than this. During his days, we did not suffer like we are doing now,” she said.

Opposition New Patriotic Front leader Tendai Peter Munyanduri also said “the world is now poorer without him and his contributions. He tried his best while on earth!”

The post Milk output down 50% appeared first on Zimbabwe Situation.