Source: Millers choke under cheap maize meal imports – NewsDay Zimbabwe BY EVERSON MUSHAVA GRAIN millers have appealed to government to stop imports of mealie-meal into the country, saying they had become a threat to the local milling industry. On Friday last week, Grain Millers Association of Zimbabwe (GMAZ) vice-chairperson Masimba Dzomba wrote to the […] 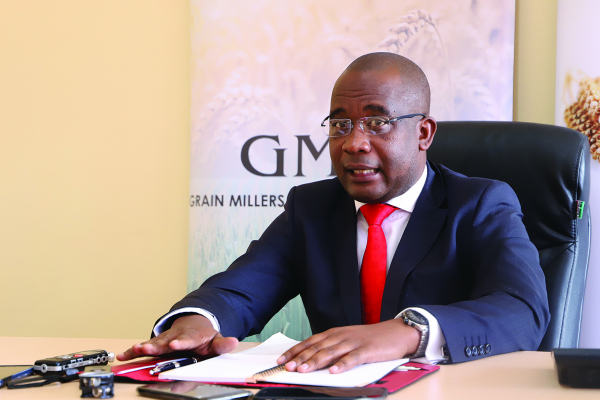 GRAIN millers have appealed to government to stop imports of mealie-meal into the country, saying they had become a threat to the local milling industry.

“We appeal that an immediate suspension of all mealie-meal import permits be enforced to allow local millers to supply the market,” Dzomba said.

“As millers in the southern region, we are deeply concerned about the flooding of imported mealie-meal on the market.

Dzomba said cheap imports were a threat to several jobs in the grain milling industry.

“The industry might be forced to lay off its workers due to low productivity,” he said.

Last week, the millers wrote to Agriculture deputy minister Vangelis Haritatos asking the government to suspend import permits for maize meal, wheat and maize bran to save the local industry from collapse.

The  millers offered  to prepay for 500 000 metric tonnes of maize yet to be harvested at the price of $16 billion to entice government to stop mealie-meal importation.

“Yes, it is a genuine complaint which is coming from our southern region membership and this is happening at a time the association is in the process of mobilising $16 billion which we want to prepay for at least 500 000 metric tonnes of local maize to GMB ahead of the anticipated bumper harvest,” Chaunza said.

The millers said they were now skceptical of participating in the prepayment scheme because of inadequate market share.

Under the scheme, millers pay the broke Grain Marketing Board for the maize grain still to be harvested to enable the parastatal to pay farmers.