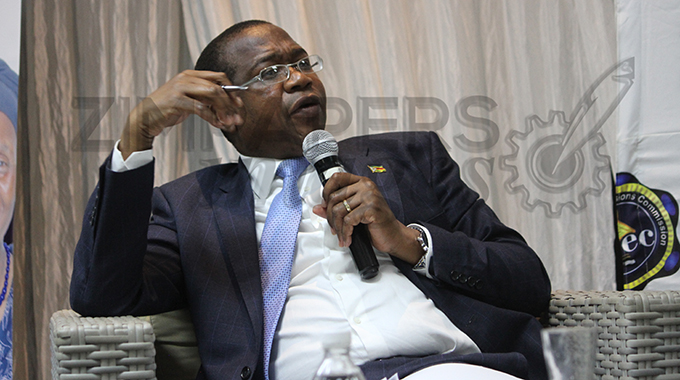 Michael Tome Business Reporter
Zimbabwe recorded a decline in money laundering threat between 2014-2018 after assessed value of the money laundering vulnerability per year came down by approximately half.

Money laundering is the illegal process of concealing origins of money obtained illegally by passing it through a complex sequence of banking transfers or commercial transactions.

The assessed value of the money laundering threat (proceeds of crime generated), for the period under review, was estimated to be about US$4,5 billion in total, giving an annual average of about US$900 million per year, down from US$1,8 billion recorded in the last NRA of 2015.

The country’s overall money laundering vulnerability was ranked medium, with a score of 0,52 on a scale of 0-1 by findings of the National Risk Assessment (NRA) report which was released yesterday.

According to the report, decline of the money laundering threat was attributed to increased usage of plastic and mobile money compounded by improvement on the country’s effectiveness in implementing Anti Money Laundering (AML) and Combating the Financing of Terrorism (CFT).

Conducted between 2014-18, the national money laundering threat for Zimbabwe was found to be medium, with major predicate offences to generate proceeds of crime being through financial and non-financial systems like fraud, smuggling, illegal dealings in gold, corruption and tax evasion.

Officially launching the NRA, Finance and Economic Development Minister Professor Mthuli Ncube said the assessment was conducted to determine the current levels of threats, vulnerability to money laundering and terrorist financing as well as proliferation financing within the economy.

He indicated that findings were meant to evaluate the effectiveness of institutions and established frameworks to promote AML, CFT and Proliferation Financing (PF) in fighting recognised threats and vulnerabilities. He indicated that more resources should be directed towards combating activities of money laundering, calling all Government stakeholders to work towards achievement of this goal.

“Honourable ministers, the NRA report will guide deployment of resources towards fighting higher risk areas, such as smuggling, illegal dealing in minerals and corruption, among other criminal activities which were identified in the report.

“We need to counter these complex offences around money laundering, financing of terrorism and proliferation financing and this requires support and commitment from all of us,” said Minister Ncube.
Chairperson of the national task force on AML and CFT in Zimbabwe Mirirai Chiremba indicated that the reduced use of hard cash and enhanced gold collection tactics positively impacted in curbing money laundering activity.

“The main factors contributing to the downward trend for the period under review (2014-2018) were the improved gold collection strategies (from 6 to 24 tonnes per annum), the improved security arrangements in Chiadzwa diamond mining area, and the increased, effective policing by the Minerals and Border Control Unit of the Zimbabwe Republic Police,” Mr Chiremba said.

In recent years, real estate agents have constantly been urged to be on high alert as they are vulnerable to money launderers seeking to clean ill-gotten wealth from illicit deals.