Source: Munatsi was killed: Friends – NewsHawks …Relatives cry murder most foul IF he was not immobilised or held against his will, prominent banker and Zimbabwe Investment Development Agency CEO Douglas Munatsi could have escaped the fire that engulfed his luxurious 9th floor penthouse using various routes that were available to him. OWEN GAGARE Multiple […] 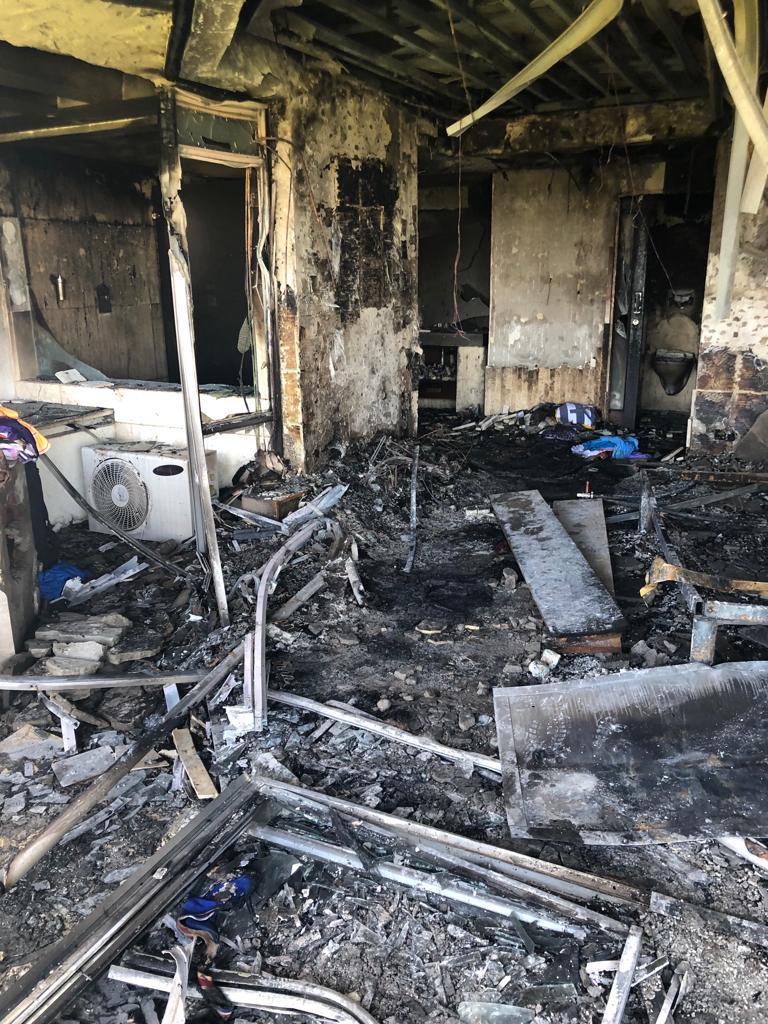 IF he was not immobilised or held against his will, prominent banker and Zimbabwe Investment Development Agency CEO Douglas Munatsi could have escaped the fire that engulfed his luxurious 9th floor penthouse using various routes that were available to him.

Multiple sources, including friends and relatives, say his death was murder and are anxiously awaiting the results of a post-mortem which was conducted at Parirenyatwa Hospital in Harare yesterday.

A memorial service will be held for Munatsi on Saturday at Celebration Centre in Borrowdale but his burial has been postponed pending further investigations into his mysterious death. Part of the reasons why there has been a delay in burial, other than waiting for his wife and children who live in South Africa and England, was the need for investigations to establish the cause of his death, amid strong suspicions of foul play.

Following an initial investigation, pathologists have recommended a toxicology examinaton to determine if Munatsi was not drugged or poisoned prior to his death. Those close to Munatsi say he could have easily escaped the fire if he was fully conscious.

“He could have also escaped through the main entrance but suppose he was asleep and woke up when the fire was intense, he could have easily gone to the jacuzzi. The easiest route to escape though was through the balcony and we wonder why he did not escape if he was able to alert a neighbour that there was fire,” Munatsi’s friend told The NewsHawks.

“His body was very intact, suggesting that the fire did not really burn him and the injuries he sustained suggested that the heat affected him, but not the direct fire. If he was fully conscious and functioning properly, he could have surely utilised one of the available options to escape.”

The fire was concentrated in the bedroom and was so intense such that “the main bedroom was extensively damaged by fire to the extent that all windows and doors were broken, all the furniture in the bedroom were extensively burnt that only steel frames for the bed and built-in cupboards were observed,” according to a police situation report (sitrep).

Friends and relatives believe an accelerant could have been used, given the intensity of the fire.

“Investigations are still taking place, but the fire was so ferocious and we believe the intensity points to the possibility of an accelerant being used. That’s why the Fire Brigade battled for a long time to control the fire and it’s strange because it’s not like there were many things in the bedroom, it was very spacious.

“At this point, there are so many things that do not add up. What caused the explosion when the fire started? The explosion was heard by the guard and the owner of the neighbouring penthouse. Was it even him who called out for help when a neighbour asked what was going on, and if it was indeed him, was he fully conscious such that he could escape? “The shorts he was wearing and the T-shirt were not burnt and his body was intact, which is evidence that he was not exposed to the direct fire although he had burns on his hands, legs and upper lip. It makes no sense why he did not escape unless he was immobilised, drugged or held against his will, like we suspect.”

Munatsi’s family was informed of the tragedy by his chef Saurosi Marichambo (53) who had reported for duty, only to see the police and Fire Brigade attending the scene.

Marichambo called Munatsi’s young brother, Cardmelon who rushed to the house with the banker’s two nephews. Munatsi was found dead while in a sitting position in his bathroom after the Fire Brigade, which responded to a distress call from a neighbour, had put out the inferno.

By the time the family arrived, his body was in a sleeping position and was covered by a cloak. He lived alone in the penthouse although he had other properties. His wife and 18-year-old son live in England, while his two other sons aged 30 and 25 live in South Africa.

The fire started around 2.50am following a loud explosion which also woke up his neighbour Charles Gardner, chairperson of the Northfields Owners Association.

According to the police sitrep: “the informant saw smoke coming from the now deceased’s flat which is directly below his flat and a voice that was shouting ‘Fire please help’. (The) informant then phoned (the) fire brigade at the same time running down stairs to the ground floor. A report was made at ZRP Harare Central. “. . . The remains of the deceased was found in a sitting position just beside the tub in the main bedroom with some burns on the hands and legs, he was putting on a red T-shirt and a black pair of shorts which were not burnt . . . to suggest that the deceased could have been burnt by the heat of the fire and not direct flames.”

The Fire Brigade arrived at the scene 3.11am, but had challenges in accessing the flat since it was on the 9th floor. The fire was put off at about 5.30am. A security guard Shupai Zifunge (47) told police he last saw Munatsi on Sunday at 6.20pm.

“Same indicated that he last saw the now deceased on 28 November 2021 at about 1820 hours when he (deceased) told him that he was expecting a guest at the flat and he asked the informant to escort the guest to his flat when she arrived,” the sitrep reads.

“The guard further mentioned that the said guest who was recorded on the security check point book as Coleta NFPK arrived at about 1905 and he escorted her to the now deceased’s flat. The said guest left the flat at about 2118 hours on foot.”

Zifunge also told the police he heard an explosion at around 3am. He said he saw Gardner running down the stairs. Gardner also informed him of the fire in apartment C9.