Source: Murwira in Nust storm | Newsday (National) HIGHER and Tertiary Education minister, Amon Murwira reportedly dissolved the National University of Science and Technology (Nust) council because it questioned his involvement in construction contracts at the institution, it has emerged. BY NKULULEKO SIBANDA Murwira last month announced that he had dissolved the Nust council as […] 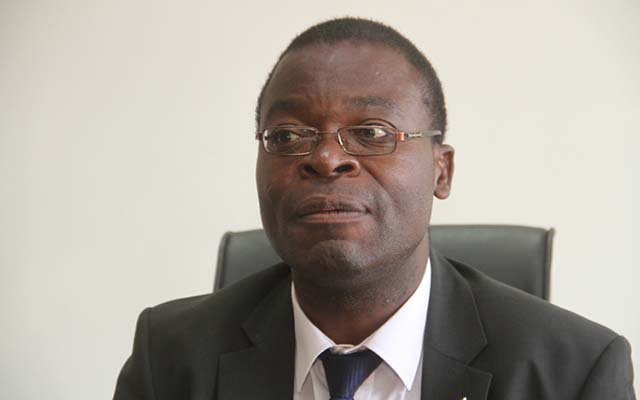 HIGHER and Tertiary Education minister, Amon Murwira reportedly dissolved the National University of Science and Technology (Nust) council because it questioned his involvement in construction contracts at the institution, it has emerged.

Murwira last month announced that he had dissolved the Nust council as part of his bid to refocus the institution and bring in new brains that would set the Bulawayo-based university on a new trajectory.

He accused the ousted council of stagnating Nust’s growth and spurning investors who had intended to set up accommodation facilities and other amenities at the institution.

It has, however, emerged Murwira had forced Nust vice chancellor, Professor Mqhele Dlodlo to sign off agreements with Nust’s three potential investors without sharing the agreements with the institution’s council as provided for by law.

The regulations, government argues, are part of checks and balances that should be put in place to curtail corruption and mismanagement of public resources.

Dlodlo, however, refused to entertain questions yesterday, referring Southern Eye to Nust spokesperson, Felix Moyo who could not be reached for comment.

Ousted council chairperson, Ambassador Zenzo Nsimbi, responding to questions from Southern Eye for the first time after the dissolution of the council by Murwira at the weekend, said his council had raised material issues concerning the agreements — questions which miffed the minister, resulting in his decision to dissolve the council.

“First of all, I would like to clear the air on issues relating to the allegations that council members had business interests in the agreements that Nust reportedly entered into with the potential investors.

“We would like to state that it was in actual fact, the Vice-Chancellor who signed the agreements without consulting either council or seeking legal opinion from his colleagues and lawyers that advise the university,” Nsimbi said.

Nsimbi noted that in seeking clarity on aspects of the agreements, his council was guided by experience from previous cases.

“The university has had instances where it has been sued by service providers and consultants who had been engaged through loose agreements of such nature. Some of these cases are still pending in the courts. There is one where the university now has to pay US$225 000 to a service provider in a situation that could have been avoided had council been allowed to exercise its oversight role.
“In view of such a situation, council sought clarity from the vice-chancellor (Dlodlo) on how he had signed off the agreements in question without our involvement, and in his response, he claimed that he had been instructed by the minister (Murwira) to simply append his signature on the agreements,” Nsimbi said.

The former mines and mining development deputy minister said council had sought legal opinion on the agreements.
“The lawyer advised that according to the law, the agreements were null and void and, therefore, the institution needed to re-negotiate and attend to the contentious clauses.

“The parties involved were advised so that due process would then be followed. Our conscience is clear that whatever decision we made was in the best interests of the institution,” Nsimbi said.
Speaking to Southern Eye yesterday, Murwira said the dissolution of the Nust council had nothing to do with any agreements or deals.
“Those are allegations that are not true at all,” Murwira said.

“I have never forced Dlodlo or anyone to sign any agreement. What we had with regard to the Nust issue were statements of intent that came from the prospective contractors. They were preliminary Memorandums of Understanding which are dealt with by Nust as an institution,” he added.

Turning to the council, Murwira said he had no beef with the ousted council.

“For the benefit of the nation, I want to say that I have no beef or grit with the council that was in the office at Nust. What I did was just to exercise my powers as a minister. There is nothing personal against anyone in that council.

“The Nust council case is like a football match scenario. A coach can change or substitute a player not because he hates him, but because he is seeking new energy. The same applies to Nust. I wanted to re-energise the institution and that is why I had to change the council,” Murwira said.