Source: Negotiations continue as teachers report for duty | Sunday Mail (Local News) Debra Matabvu REPRESENTATIVES of Government workers have not called for a strike and expect all teachers to report for duty this week while negotiations for a cost of living adjustment with their employer continue. The Zimbabwe Confederation of Public Sector Trade Unions […] 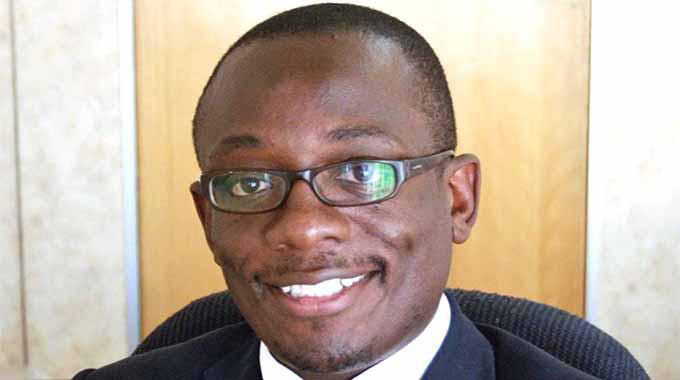 REPRESENTATIVES of Government workers have not called for a strike and expect all teachers to report for duty this week while negotiations for a cost of living adjustment with their employer continue.

The Zimbabwe Confederation of Public Sector Trade Unions (formerly Apex Council), the largest public sector labour union in the country, has directed its teachers to ignore calls for industrial action before talks with the Government are concluded.

All schools will open tomorrow with this year’s examination classes — Grade Seven, Form Four and Upper Sixth — resuming lessons while the rest of the classes will start on Monday next week.

Examination classes’ teachers started reporting for duty last Wednesday in preparation for the resumption of classes, while the rest of the teaching staff returns to work on March 17.

The Government negotiators met with civil servant representatives to hammer out a fresh pay deal on Friday with the negotiations set continue this week after adjourning for further consultations.

ZCPSTU secretary general Mr David Dzatsunga said all teachers were expected to report to their workstations without fail.

“We have not called for a strike yet, we are still negotiating with Government on the cost of living adjustments,” said Mr Dzatsunga.

“We wrote to the Government requesting for dialogue and they came to the table although we did not agree with what they offered. We are meeting again next week (this week) and we hope that they will bring a better offer. So we expect teachers to report to their workstations. The decision for a strike will only be made when the negotiation process has been exhausted.”

The Government had tabled an offer of a 25 percent salary increment effective April 1 during the negotiations. Authorities are anticipating a high teacher turnout of up to 95 percent when schools open.

Ministry of Primary and Secondary Education director of communication and advocacy, Mr Taungana Ndoro, said no major union had indicated that their members would go on strike.

“We are confident that over 95 percent of teachers will turn out this week and we also expect the same trend next week,” said Mr Ndoro.

“There are some unions that have indicated that they have instructed their members not to report for duty, however, these constitute a small percentage of teachers.

“We have about 140 000 teachers and those that wrote to us constitute less than 10 percent of the teachers’ population in the country.”

Mr Ndoro said schools can only adjust their tuition fees structures after consulting with pupils’ parents.

The law, he said, allows the Government to reject school fees proposals that it considers excessive.

“The Ministry does not increase school fees,” Mr Ndoro said.

“It is the school and parents that agree to the budget and fees structure. The Ministry merely accedes or rejects what has been agreed to by parents but it is not the Ministry that increases fees.

“There are some schools that applied for fees increases this year but most applied last year.”

Teacher vaccination on the horizon

The Government is ramping up preparations for the vaccination of teachers and school staff against Covid-19, which is set to commence under Phase Two of the national vaccination programme.

Teacher representatives have asked the Government to prioritise the vaccination of educators in order to create a safe learning environment in schools.

Authorities are redoubling efforts to procure more inoculation jabs in preparation for the second phase of the programme targeting lecturers at tertiary institutions, teachers and others at medium risk from the respiratory virus.

The Deputy Minister of Health and Child Care, Dr John Mangwiro, told the National Assembly last week that the vaccination programme would be extended to teachers soon.

“The process has been going on well but we have not finished. We are realising that definitely schools are going to be opened,” said Dr Mangwiro.

“The National Co-ordinating Committee on Covid-19 is re-looking at that so that we can also extend the vaccination to the teachers but the teachers were on stage two of phase one.

“Stage one was the frontline whom I have outlined. Teachers were on stage two of Phase One which we are going into.”

The Government is also ramping up inspection of schools to ascertain their preparedness for safe reopening under Covid-19 prevention protocols.

Mr Ndoro said authorities were satisfied with preparations by most schools.

“We are prepared for the opening of schools and we have increased inspection and monitoring in line with World Health Organisation and Ministry of Health and Child Care guidelines,” he said.

“We have organised water bowsers for schools that do not have adequate water supplies to ensure there is adequate hygiene in schools.”

The Government last year set aside $600 million which has been disbursed to schools that need to upgrade their sanitation infrastructure.

In order to facilitate safe distance learning, Cabinet last week approved the national e-learning strategy for schools in Zimbabwe, which will witness more learning institutions being connected to the internet by year end.

In a statement, the Minister of ICT, Postal and Courier Services, Dr Jenfan Muswere, said the programme is targeted at strengthening the country’s response to the pandemic.

“The national e-learning targets are as follows: the connection of 1 500 schools to the broadband; electrification of 434 schools; manufacture of up to 150 000 devices at the National ICT device factory in Msasa; and development of mobile applications for use on the existing e-learning management system,” said Dr Muswere.

He said e-learning content development will be undertaken by instructional designers and teachers before a planned rollout in June.

An additional 3 000 teachers will receive basic digital skills by December this year.

The e-learning will be delivered through audios, videos and text (multimedia) interactive materials.

This year’s schools calendar has 164 learning days across the three terms.

Term one will end on Friday, June 4, with the second term beginning on Monday June 28 and ending Friday, September 10. The third term will start on Monday October 4, ending on Friday December 17 with the first term of 2022 starting on January 10 next year.

All holiday breaks this year will have 23 days.