The post New commotion rocks opposition… as Biti, others stare threat of recalls from Parliament appeared first on Zimbabwe Situation. 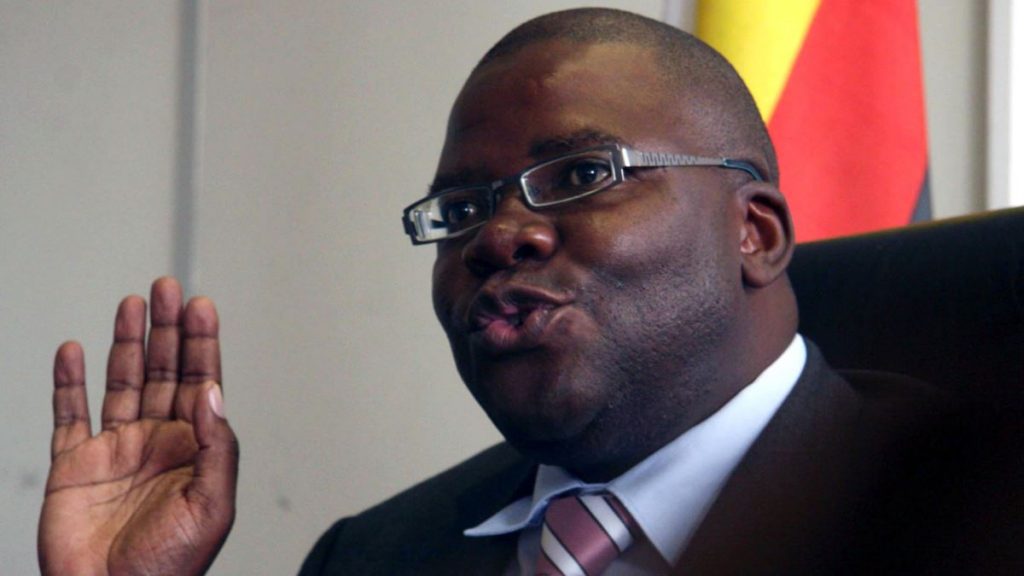 THE tendency by Zimbabwe’s ever brawling opposition parties to self-destruct continues unabated, with key MDC Alliance constituent, the People’s Democratic Party (PDP), at the centre of the latest such ritual suicide.

The PDP’s mayhem is set to have a knock-on effect on the MDC Alliance as the coalition’s vice president, Tendai Biti, pictured, together with several other legislators, lost their bid to remain in Parliament after the High Court ruled this week that they can all be recalled from their positions.

Apart from Biti and five other MPs, several councillors are also facing the chop, including suspended Harare Mayor Jacob Mafume — all of whom have since last year been fighting a push by the PDP to have them withdrawn from their respective areas of deployment.

But Mafume said yesterday that they had since appealed against the High Court ruling at the Supreme Court — implying that there will be a stay of execution of the order until the matter is further mediated.

All this comes as the country’s opposition continues to be riven by serious ructions, which recently saw some of bigwigs defecting to the ruling Zanu PF.

High Court judge, Justice Sylvia Chirawu-Mugomba, ruled on Thursday that the PDP faction led by Lucia Matibenga had the power to recall all the affected politicians after they joined the MDC Alliance.

Chirawu-Mugomba, in an ex-tempore judgment, concurred with the Matibenga PDP’s argument that once a person supported another party, this automatically translated to “self-expulsion” from the party.

“The judge delivered an ex-tempore judgment and said that according to the PDP constitution, clause 6:4, if a member joins or supports another political party, that individual automatically ceases to belong to PDP.

“So, here we are talking about the likes of Harare East MP, Biti, who is the current vice president of the MDC Alliance.

“By operation of that clause, he automatically expelled himself from the PDP. This judgment sets the pace for recall of MPs who had been seconded to represent the MDC Alliance,” PDP lawyer Simon Simango told the Daily News yesterday.

“The judge also said that the applicants cannot be allowed to do forum shopping by splitting one application twice and seek to have the court make a determination twice on one issue.

“This is because the applicants initially filed summons against Local Government minister July Moyo on the issue of declaring their positions vacant and went on to file an urgent chamber application on the same basis,” Simango further told the Daily News.

Mafume confirmed the ruling yesterday, but was quick to say they had noted an appeal with the Supreme Court.

“We have noted an appeal. This means the ruling is suspended,” he said.

At the formation of the MDC Alliance, Biti and Matibenga went separate ways — with the tough-talking former Finance minister and others joining the late Morgan Tsvangirai in the coalition.

On her part, Matibenga and her faction joined hands with the Joice Mujuru-led People’s Rainbow Coalition (PRC), ahead of the 2018 general elections.

The other parties that make up the MDC Alliance include Welshman Ncube’s MDC, Jacob Ngarivhume’s Transform Zimbabwe, Zanu Ndonga and the Multiracial Christian Democrats (MCD) led by Mathias Guchutu.

In September last year, the PDP faction led by Matibenga pushed to recall Biti and other party kingpins like Mafume — arguing that they had stopped being members of the outfit after they aligned themselves with the MDC Alliance.

Biti, the founder of the PDP, and his colleagues who were targeted for the recalls — including Mafume, Bulawayo and Mutare councillors Arnold Dube and Simon Chabuka respectively — approached the High Court in a bid to stop Matibenga from jettisoning them from Parliament and local councils.

Then, PDP secretary general Benjamin Rukanda had also written to Local Government minister Moyo, informing him that Mafume, Chabuka and Dube had been expelled from the PDP — and vacancies had arisen in their wards.

High Court judge Justice Webster Chinamora granted an interdict by consent after lawyers representing the Local Government ministry and council did not oppose the granting of the application.

In the application opposing their recalls, the Biti-led PDP faction’s secretary general, Chikwinya, had urged the courts not to accept any submissions from Rukanda, saying he was not know in their party.

He described Rukanda’s conduct as an affront to constitutionalism which would make the public lose confidence in electoral processes.

“The letter by Rukanda is meant to cause confusion. It has since come to my attention that Rukanda has always been an impostor bent on causing divisions in PDP.

“I aver that there is no legal basis for Moyo to give consideration to a fraudulent letter,” Chikwinya said.

“I aver further that acting in terms of the letter will be a mockery to democracy and a violation of the constitutional rights of the applicants.

“It will also set a bad precedence in that anyone can purport to write on behalf of a party or institution without a single proof of having authority to represent that party or faction,” he added.

All this comes as the opposition continues to be plagued by serious divisions, which recently saw some of its kingpins such as Blessing Chebundo and Lillian Timveous defecting to the ruling Zanu PF.

Chebundo, a founding member of the MDC, has since said that the opposition is in a downward spiral due to tribalism, senseless infighting and a hatred for new ideas.

Speaking to the Daily News’s sister paper, the Daily News On Sunday earlier this month, Chebundo said he had become increasingly disillusioned with the goings-on in the strife-torn MDC.

He also said that he had no regrets in crossing the floor to Zanu PF to join hands with President Emmerson Mnangagwa, whom he had twice beaten in Parliamentary elections as an opposition stalwart.

The former Kwekwe Central legislator also said the MDC had been on a downwards trajectory ever since the death of its much-loved leader Morgan Tsvangirai — who succumbed to colon cancer on Valentine’s Day three years ago.

He said this was primarily due to the lack of leadership in the main opposition party.

“It’s all about leadership failure, poor strategies, factionalism and the ‘I know-it-all’ attitude of the leadership.

“My honest assessment is that the opposition’s power graph has been sliding downwards significantly since the death of Tsvangirai and it worsened post the 2018 elections mainly due to a poor decision matrix by leadership, especially post the 2019 congress of the MDC Alliance faction.

“By the way, when we talk about serious opposition in Zimbabwe, we are mainly referring to the MDC. So, it’s all about effects of decision-making,” Chebundo told the Daily News On Sunday.

“As they say, a roaring lion kills no one. You cannot achieve anything by just talking proverbs. So, opposition is not dead, but needs serious internal overhaul otherwise it will die,” Chebundo further let rip.

The post New commotion rocks opposition… as Biti, others stare threat of recalls from Parliament appeared first on Zimbabwe Situation.