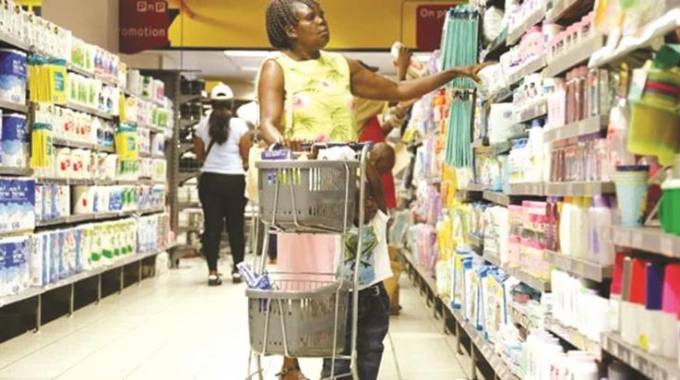 Consumers are also now entitled to be fully refunded for defective or sub-standard goods as espoused in the new law that replaced the Consumer Contracts Act.

Aggrieved consumers can now individually approach the courts for redress or refer their complaints to the Consumer Protection Commission, which will be born out of the new Act.

According to the new law — published in an Extraordinary Government Gazette dated December 10 2019 — unfair pricing practices will attract a Level 5 fine ($600) or imprisonment for a period not exceeding three months, or both.

“Whereupon more than one price is advertised or displayed concurrently, the lowest shall be considered as the price of the goods or service,” reads the Act.

Other offences that attract deterrent penalties include fraudulent offers, failure to label products properly and the disclosure of consumers’ personal information to third parties.

The new regulations, which have been described by market players as in line with international best practice, will be enforced by the Consumer Protection Commission through investigators and inspectors who will be deployed across the country.

The commission will be aided by consumer advocacy organisations such as the Consumer Council of Zimbabwe (CCZ) who, through a Statutory Instrument that will soon be crafted, will be designated to conduct conciliation and arbitration of disputes between parties.

A Consumer Protection Fund will be established concurrently with the commission to fund its operations.

Under the new Act, consumers may automatically enjoy six months

implied warranty for certain goods or services they purchase, which means they can now return goods to the supplier and receive a full refund of the amount they paid if the goods fail to satisfy the purpose communicated to the supplier.

“In any transaction or agreement pertaining to the supply of goods or services to a consumer, there is an implied provision that the producer, importer, distributor or the retailer each warrant the goods or services comply with the requirements and standards,” reads part of the Act.

It adds: “Within six months after the delivery of any goods to a consumer, the consumer may return the goods to the supplier, without penalty and at the supplier’s risk and expense, if the goods fail to satisfy the requirements and standards.”

The law further provides that a supplier, at the direction of the consumer, shall repair or replace the failed, unsafe or defective goods or refund the consumer the amount paid for the goods.

“If a supplier repairs any particular goods or any component of any such goods, and within three months a further failure, defect or unsafe feature is discovered, the supplier at his or her expense shall replace the goods or refund the consumer the amount paid by the consumer for the goods.”

In addition, for repaired goods, a service provider warrants every new or reconditioned part installed during any repair or maintenance work, and the labour required to install it, for a period of six months after the date of installation or such period as the service provider may specify in writing.

CCZ executive director Ms Rosemary Siyachitema described the Act as a milestone in protecting the interests of the consumer.

“We have joined the league of nations that have laws which promote good consumer protection practices,” she said.

“The United Nations guidelines on consumer protection actually spell out that member states should enact laws that specifically protect consumers, so we welcome the Act.

“It has been a long time coming, but we are happy that we now have a law which empowers our operations because for a long time we have been labelled as toothless bulldogs.”

“It is a big achievement as a nation because for a long time we did not have a legislative framework that protects consumers,” she said.

“This is going to complement our efforts of standardising goods and services because previously we had our expectations but we would not enforce them because there was no legal framework.”

“The Act was long overdue, but with the intervention of His Excellency President Mnangagwa, he delivered it,” he said.

“Consumers now have a shelter that can protect them from all malpractices that are in the sector.

“They now have a channel to air their grievances, and the Act is going to reactivate consumerism in the country.”

Consumers felt disempowered as they were mainly at the receiving end of wanton price increases, among many malpractices, by retailers.

The Chartered Institute of Customer Management (CICM)’s latest edition of the National Customer Satisfaction Index shows that Zimbabwe had an overall customer satisfaction rating of 63,1 percent, down from 67,1 percent last year.