Source: No budgetary support for Zim yet: EU – NewsDay Zimbabwe THE European Union (EU) has ruled out providing budgetary support to Zimbabwe to stabilise its economy citing lack of accountability and high-level corruption. BY BLESSED MHLANGA EU ambassador to Zimbabwe Timo Olkkonen, speaking in an interview with the Alpha Media Holdings-owned Heart and Soul […]

The post No budgetary support for Zim yet: EU  appeared first on Zimbabwe Situation.

Source: No budgetary support for Zim yet: EU – NewsDay Zimbabwe 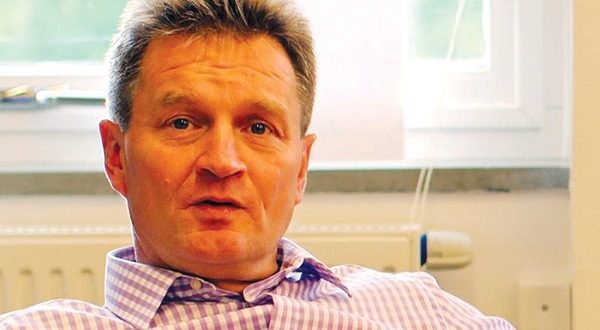 THE European Union (EU) has ruled out providing budgetary support to Zimbabwe to stabilise its economy citing lack of accountability and high-level corruption.

EU ambassador to Zimbabwe Timo Olkkonen, speaking in an interview with the Alpha Media Holdings-owned Heart and Soul TV yesterday said Zimbabwe was still failing to break from her past of corruption, human rights abuses and fiscal indiscipline.

He said in a situation where Zimbabwe has failed to service her debts, and would not guarantee any fresh source of income, he could not recommend any budgetary support for the country.

“I can say for my own part that I cannot be ready to support the idea of budget support to Zimbabwe,” Olkkonen said.

Multilateral financial institutions have given a moratorium to many countries, including those in Africa to stop servicing their debts during the COVID-19 pandemic, but Zimbabwe is not among them.

Olkkonen said Zimbabwe had no one to blame than herself.

Recently, Finance minister Mthuli Ncube wrote to the World Bank seeking financial aid to stop the bleeding that has caused the failure of the local currency, collapse of social services and a rise in poverty levels.

The EU ambassador said Zimbabwe had failed to pursue economic reforms leading to the end of the International Monetary Fund Staff-Monitored Programme, thereby blocking the path that could lead to debt relief.

“(On) getting international credit from international financial institutions and the West, the issue there is that it’s not a punishment against Zimbabwe that these credits are not flowing, it’s just the historical consequence that Zimbabwe, since the late 1990s, did not pay these debts. It defies banking logic to continue to extend debts to someone who is not paying,” he said.

On the political front, the EU said it remained worried over allegations of abductions and human rights violations in Zimbabwe and the failure by President Emmerson Mnangagwa’s government to break from the past.

“We have been discussing with the authorities that Zimbabwe wants to make a break with the past, a very crucial part of the break is to end human rights violations. I think there is a willingness to turn the page,” he said.

Mnangagwa, when he took over power from the late Robert Mugabe, promised a break from the past history of abductions and gross human rights violations.

“These cases of abduction and torture, even if they are under investigation, there is more of those. We just had a case of Davison Chamisa just recently again and now the explanation that is given is that they are all machinations or that they are fake,” he said.

Olkkonen said 50 cases of forced disappearances were recorded in 2019.

Government and some Zanu PF officials have blamed Western embassies, including the United States, of faking these abductions to taint Mnangagwa’s government, but Olkkonen said it would be extremely irresponsible for diplomats to be that daring.

The post No budgetary support for Zim yet: EU  appeared first on Zimbabwe Situation.