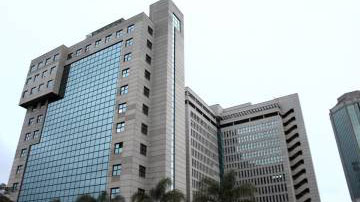 THE National Social Security Authority (Nssa) splashed millions of dollars on bad investments, luxuries for board members and hefty salary perks for executive management, at a time when pensioners were wallowing in poverty.

Nssa is a statutory body created through an Act of Parliament in 1989 to provide social security to pensioners.

But a forensic audit by BDO Zimbabwe Chartered Accountants as contracted by the Auditor General’s Office for the period  January 1 2015 to  February 28 2018, the board and management focused on cutting shady loans and housing deals with top local banks and shelf companies to milk the fund. The audit report has opened a can of worms with Public Service, Labour and Social Welfare Minister Prisca Mupfumira already in remand prison over allegations of corruption cases involving US$95 million.

While the pension contributors are getting a pittance, about $80 per month, the report says Nssa executives were living lavishly with the then general manager Mrs Elizabeth Chitiga earning US$24 000 per month while the other nine top executives were each paid US$17 000 monthly.

The salary increase was supposed to be approved by the Minister of Public Service, Labour and Social Welfare in accordance with the Nssa Act. As a result Nssa paid out US$291 089 to top managers without following due procedure, the report further shows. In 2015, Nssa managers also paid themselves 50 percent of their basic salaries as bonuses without ministerial approval while almost US$2 million was paid as managerial bonuses in 2017.

Some Nssa employees were given housing loans which were far beyond their limit, for instance, Ms Daisy Madume, a personal assistant to the general manager, accessed US$189 000 instead of US$147 000. Ms Madume bought a house for US$151 291 and had US$37 710 to spare.

“As a result of the Permanent Secretary’s actions, with effect from the 4th quarter of 2017, board members were paid incorrect and unapproved board fees,” reads the report in part.

“We have treated all payments made as a result of Mr Masoka’s approval and the irregular implementation as an overstatement.

“The total overstatement due to the 50 percent increment and the irregular implementation amounted to $86 322 as at the end of third quarter of 2018.”

The Nssa board spent $41 000 in sitting allowances for a retreat meeting in Nyanga in 2017.

The company engaged an investment expert Mr Fungai Ruwende on  November 11 2015 who was based in South Africa and Nssa had to pay airfares and hotel expenses.  Mr Ruwende was paid US$15 000 from December 1 2015 to June 30 2018.

Auditors further questioned the employment of an ICT expert Mr Bernard Machicha yet there was no evidence whether there was an invitation for expression of interest in providing ICT to Nssa.

Mr Machicha earned US$20 000 per month and “it could not be determined how the salary awarded to Mr Machicha was arrived at. The remuneration framework approved by the Minister at the time had the highest salaries pegged at US$17 470 for the general manager and US$15 210 for other directors”.

Pensioners’ money was used to renovate Nyanga Chalets at a cost of US$221 000 without board approval yet other contractors had charged US$150 000.

“Ballantyne Park was purchased for US$2,2 million yet the valuation report recommended a price ranging between US$1 405 000 and US$1 500 000. The property was eventually impaired resulting in a net financial prejudice of US$464 000 based on subsequent revaluations carried out in the three years under review,” noted the auditors.

It was puzzling for auditors as to why and how Nssa could have spent US$890 000 to refurbish Cornerstone House – a price way more than its purchase tag of US$650 000. The building is not generating any revenues and it is maintained at a cost of US$6 062 per month.

Furthermore, the report shows that the authority could have wasted pensioners money after buying Christmas Gift Gweru property for US$7, 4 million against a valuation of US$4,8 million.

More money went down the drain at the Beitbridge Hotel which was pegged at US$49 million instead of US$3 million.

The audit unearthed that there were a number of buildings and land worth over US$15 million which was not registered in Nssa’s name, hence the authority cannot claim ownership of the properties.

“There are 28 properties which are in the financial statements of Nssa, but the title deeds are either in the name of the parent ministry or the Workers’ Compensation Fund.

“Nssa should review circumstances in which title is held due to failure to satisfy council conditions and come up with a plan to ensure that such conditions are fulfilled.

“The authority should also speed up the process of transferring title from parent ministry and Workers’ Compensation Fund,” said the auditors.