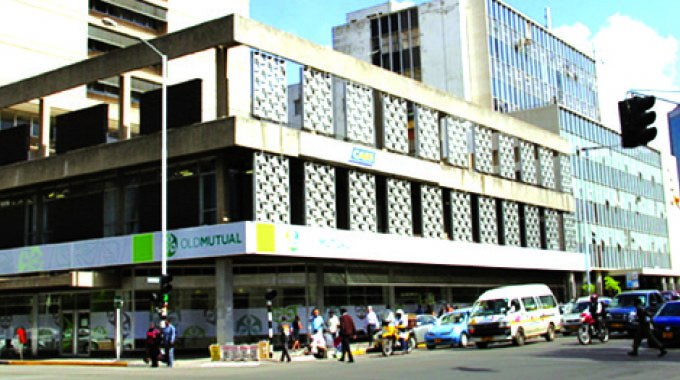 Tawanda Musarurwa
Diversified financial services provider Old Mutual Zimbabwe’s revenue for the half year to June 30, 2019 jumped 741 percent to $2,4 billion from $290,7 million previously, but emphasised that the current interims have been prepared on a historical cost basis.

The company has become the first company in the country to implement historical cost accounting in view of high inflation that has been prevailing in the country.

Historical cost is a measure of value used in accounting in which the value of an asset on the balance sheet is recorded at its original cost when acquired by the company.

The move by Old Mutual Zimbabwe to adopt historical cost accounting also comes in the wake of its parent company — the South African-based Old Mutual Group — recently announcing that it had “ring-fenced” its Zimbabwe operation in view of inflationary pressures affecting the country.

The parent company said financials from Old Mutual Zimbabwe had been removed from the group’s results from operations (RFO) and adjusted headline earnings (AHE).

Gross written premiums (GWP) grew by 29 percent from $132,6 million in total for the life and short-term insurance businesses due to a combination of improved client retention and new business.

Operating profit for the life business was 451 percent higher than prior period, which management attributed to growth in asset based fees, growth in premium income and foreign currency translation gains.

The short-term insurance business recorded a growth of 543 percent in operating profit largely due to the impact of foreign currency translation gains on assets denominated in foreign currency.

The banking subsidiary — CABS — recorded a profit growth of 195 percent to $61,1 million, up from $20,7 million in the prior comparable period, on the back of growth in net interest income, foreign currency translation gains, and property fair value gains.

Funds under management for the asset management business were up by 139 percent to $6,8 billion attributable to positive investment performance.

The group’s operating and administration expenses were up 76 percent to $80,1 million from $45,5 million previously due to inflationary pressures and the impact of local currency devaluation.

“Despite these anticipated challenges we still that there will be opportunities for growth and improvement.

“We intend to identify and leverage on opportunities to further enhance our performance and competitiveness,” he said.