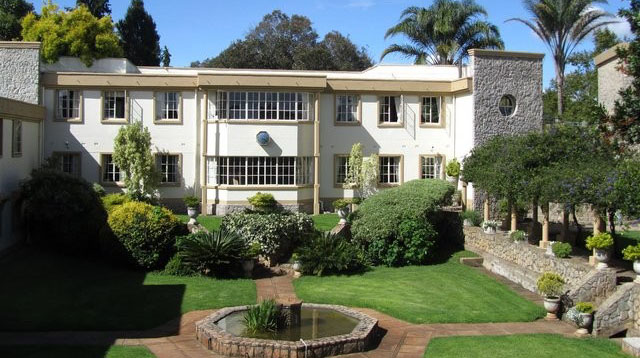 Racism in private schools has reared its ugly head once again with a Marondera-based institution, Peterhouse Group of Schools, being accused of entrenching the discriminatory practice.

Recent reports suggest that the Anglican-run Peterhouse Group of Schools has experienced rampant cases of segregation as its white leaders allegedly treat students and teachers with racial bias. Several other top schools in Harare and Bulawayo are reportedly having the same problem of racism, which can be traced to the country’s colonial past.

Peterhouse touched off a storm when it recently issued a statement following the murder of 46-year-old George Floyd by white police officers in the United States on May 25, saying the school was against discrimination on the basis of race. The statement attracted a flurry of comments on social media platforms, with former students reliving traumatic days at the school at the hands of white teachers and students.

A former student at the top private school, Nakiso Gwatidzo, recently said those who ran the school had stratified the institution along racial lines reminiscent of the colonial era.

“Peterhouse harbours and exercises some of the most racist and discriminatory behaviour I have encountered in my lifetime. It’s both individual and institutional; addressing one is not enough,” said Gwatidzo.

It has since emerged that secretive quota systems, a ban in indigenous languages on school premises and relegation of black staff to non-decision making positions are some of the subtle racist tendencies that are pervasive in some schools in Zimbabwe.

Eurocentric values of neatness, where black students, especially girls, are expected to have particular hairstyles, and curricula that degrades local languages and indigenous knowledge are reportedly still being rigorously enforced.

Selection of black learners in sports such as hockey, cricket, rugby and soccer is also allegedly still being defined on blurred but visible racial lines.

“You can’t expect the individual act of ‘loving your neighbour’ to stamp out discrimination when the system still treats your neighbour like everything about them matters less. That system cannot complete the teaching of what love is.

“‘An Anglican school has absolutely no place for racism or any other form of discrimination’ – what? Did you not post a picture this month of a time black people weren’t even allowed in this particular Anglican school? And suddenly Anglicanism is the primary characteristic Peterhouse has that disallows racism? Anglicanism? In Zimbabwe? How about being in this country, where black lives were lost in (the) First and Second Chimurenga to save today’s black lives?”

“As a group of schools we are very conscious that prejudice and discrimination continue to exist within our communities, and that it is within our collective interest as a school community to confront and tackle these issues.

“An Anglican school has absolutely no place for racism or any other form of discrimination. We have promoted and continue to promote the belief that all people are created in God’s image and have infinite value.”

However, Gwatidzo said Peterhouse was notorious for sidelining black students.

Alumni of some of the schools, including some aggrieved staffers, have in recent weeks been volunteering information on some of the contentious practices.

Mrs Marcellina Muchemwa, who sat on several ATS boards, told The Sunday Mail that racism in Zimbabwe’s private schools has been subtle, particularly after the Fast-Track Land Reform Programme.

The land redistribution exercise corrected colonial injustices where the white minority class occupied vast tracts of arable land while millions of blacks were relegated to infertile soils in places formerly referred to as “reserve areas”.

“Zimbabwe’s private schools were the last bastion of whiteness and as the population (of white people) shrank there was a need to reinforce the long-held beliefs that white culture was superior and had to be preserved at all cost,” said Mrs Muchemwa.

“This was somewhat of a dilemma as the black student populations increased. The culture clash had to be managed through careful secretive quota systems and relegation of black staff and students to non-decision making positions.

“Black influence on the school cultures and ideology was to be kept to the barest minimum. War-cries were kept white, hairstyles for African students were restricted and local languages were banned on school premises.”

There was need to openly address racism, she added, in order to vanquish the vestiges of white supremacy.

“It’s time that people hear each other if our quest for a truly equal society is ever to be realised. This conversation, rooted in truth, presents a marvellous opportunity to now build relationships that truly see past the colour of a person’s skin.”

Repeated efforts to get a comment from ATS chair Mr Tim Middleton were fruitless as he was said to be busy. The body had not responded to e-mailed questions by the time of going to print.

A parent who spoke on condition of anonymity for fear that her children may be victimised said racism was rife in private schools and called for urgent reforms as Zimbabwe was a democratic nation where all races are supposed to be treated equally.

“Black students are mostly entertained in soccer while hockey, cricket and rugby are predominantly white sports. Something must be done to address this race problem in private schools where blackness is seriously under attack by white school administrators,” she said.

Private schools have always been rebutting claims of racism.

Primary and Secondary Education Minister Ambassador Cain Mathema warned that any school guilty of racial bias would be shut down.

“Zimbabwe is a diverse country where all races and ethnicities are embraced equally. We have to live in harmony whether we are black or white.

“We don’t want anyone discriminating on basis of race. If there is any such learning institution, I will close that school.”