Source: Politicians continue to bicker while Zimbabweans are starving – Zimbabwe | ReliefWeb Drought doesn’t necessarily translate to food insecurity – poor governance and failing infrastructure do. Zimbabwe is teetering on the edge of a large-scale humanitarian crisis and South Africa and the Southern African Development Community (SADC) cannot afford to ignore it. Half the […]

The post Politicians continue to bicker while Zimbabweans are starving  appeared first on Zimbabwe Situation. 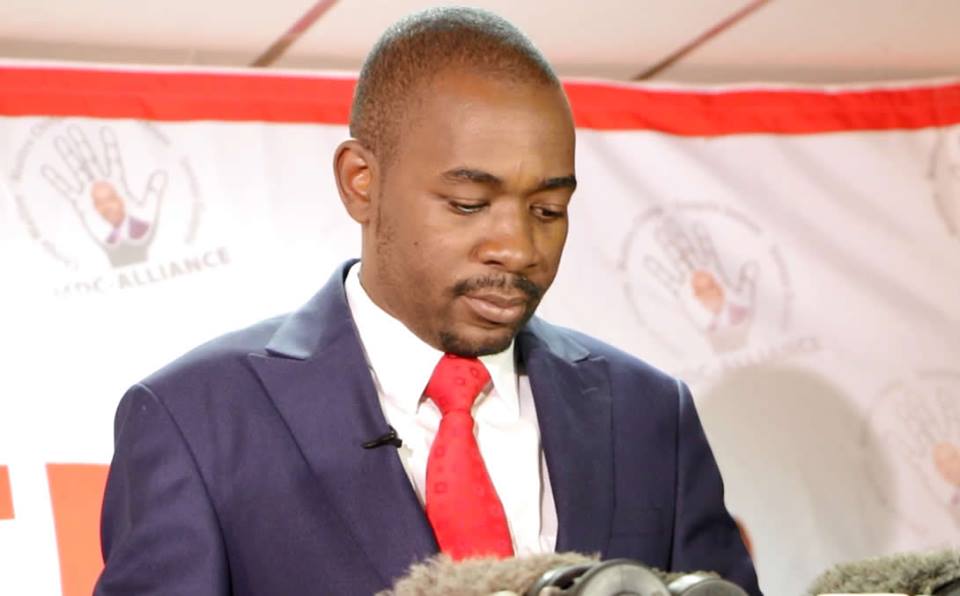 Zimbabwe is teetering on the edge of a large-scale humanitarian crisis and South Africa and the Southern African Development Community (SADC) cannot afford to ignore it. Half the population (7.7 million) is at risk of starvation, making this the country’s worst food insecurity in a decade.

Maize meal is disappearing from shop shelves and the country is setting up a maize meal committee to preside over the procurement and distribution of the staple. Establishing committees has been the Zimbabwe government’s strategy when it is left without answers. Too often, such committees and commissions of inquiry merely lead to more opportunities for patronage – for example the Motlanthe Commission.

While Zimbabwe, like most parts of Southern Africa, has experienced recurrent drought in the past three seasons, its crisis goes beyond the vagaries of weather and climate change. A drought doesn’t necessarily translate into food insecurity. Zimbabwe’s crisis is largely due to policy and infrastructure failure. The country has less than a month’s supply of grain in the national reserves. How did Zimbabwe get to this point?

Corruption, policy distortions, inconsistencies and outright elitist and partisan policies have been the bane of the agricultural sector and are indicative of how the country has been managed. Investment in agriculture has been low since the advent of fast-track land reform. Both the current and previous administrations failed to provide security for land tenure or make the guaranteeing of property rights a priority.

Although the number of farmers has risen, grain production has plunged to its lowest in years

The government issued 99-year leases for all land appropriated under fast-track land reform. The lease is neither transferrable nor bankable. The lease can be revoked at will by the state. Recent cases of threats to withdraw 99-year leases to people who have fallen out with the establishment serve only to scare away would-be investors. This has made agricultural land a dead asset.

Chasing away white commercial farmers during land reform has seen an increase in the use of land as a tool for electioneering. While a considerable number of landless peasants benefited from the process, land was also parcelled out as an instrument of patronage.

Almost every senior civil servant, military top brass and ruling party functionary has become a farmer. These ‘cellphone farmers’ (who direct farm operations remotely via cellphones) have access to government inputs including fuel, which they trade instead of using it for farming.

In addition, many taxpayer-funded agriculture support schemes have been churned out, including the infamous command agriculture which saw the treasury part with US$3 billion. The government has failed to account for these schemes.

A month after scrapping maize subsidies, the government was forced to reverse its decision

It was also recently revealed that part of the command agriculture money was used to procure top-of-the-range vehicles for ‘monitoring’ the scheme. Notwithstanding the increase in the number of farmers and the money invested, grain production has plunged, and the country cannot feed itself. Grain production is at its lowest for years.

The government in the past year has issued contradictory policies and public pronouncements in relation to grain. Maize has for decades been subsidised, with grain millers procuring maize for a song at the Grain Marketing Board (GMB). The GMB has the monopoly over grain and by law all farmers must sell their produce to it.

The maize producer price has been capped way below what would make economic sense for a smallholder farmer. At present a ton of maize is pegged at Z$1 400 which would translate to just below US$80. The producer prices and GBM monopoly have become a disincentive for grain farmers. Grain production has become less viable as a business, hence production levels remain supressed, affecting the country’s grain reserves.

During his 2020 budget speech Finance Minister Mthuli Ncube announced the scrapping of maize subsidies among a host of other measures to reduce government’s unsustainable expenditure budget. One month later the government was forced to reverse its decision as maize prices spiked beyond the reach of many.

The continued subsidies have created an opportunity for arbitrage for a few select companies. The gazetted retail price for a 10kg bag of maize meal in Zimbabwe is currently pegged at Z$70. This is below the market price of Z$90 and less than half of the going price on the black market.

Seven companies have been granted access to government-subsidised grain at less than half the price of importation and market price. Because the system is created to be porous, the same companies with access to subsidised grain allegedly engage in inside marketing and the product finds its way onto the black market. Ultimately no one is getting maize at the gazetted price and the commodity has become scarce.

Zimbabwe has been a victim of successive droughts, but poor policies with anti-market economics, abuse of state resources and corruption have affected the country’s capacity to prepare and stock up reserves for the drought seasons.

In the absence of political conflict and violence, the humanitarian crisis is escaping the radar of regional leaders’ attention. Given the scale of the disaster, South Africa and SADC cannot afford to ignore it. Already millions of Zimbabweans are in South Africa as economic migrants. With the crisis looming there, millions more hungry Zimbabweans are bound to join them.

Since the last South Africa-Zimbabwe Bi-National Commission, South Africa’s government hasn’t been visible regarding the unfolding events in Zimbabwe. President Cyril Ramaphosa’s government should use the 2020 Bi-National Commission to be upfront with Emmerson Mnangagwa’s administration regarding the link between food insecurity and macro-political and economic instability.

As South Africa and regional leaders continue to pamper the Mnangagwa administration instead of nudging it towards reforms, Zimbabwe moves closer to a fully-fledged humanitarian emergency with ripple effects across the region. A collaborative approach is urgently needed as the implications run across SADC.

This article is written as part of a project funded by UK Aid. The views expressed do not necessarily reflect the UK government’s official policies.

The post Politicians continue to bicker while Zimbabweans are starving  appeared first on Zimbabwe Situation.