Source: Rentals, electricity charges tame inflation | Herald (Business) Business Reporter The Zimbabwe National Statistics Agency (Zimstat) last week released January 2020 month-on-month inflation figures showing a significant slowdown at the rate at which prices for goods and services in the country increased from those that prevailed in the previous month of December 2019. Month-on-month […] 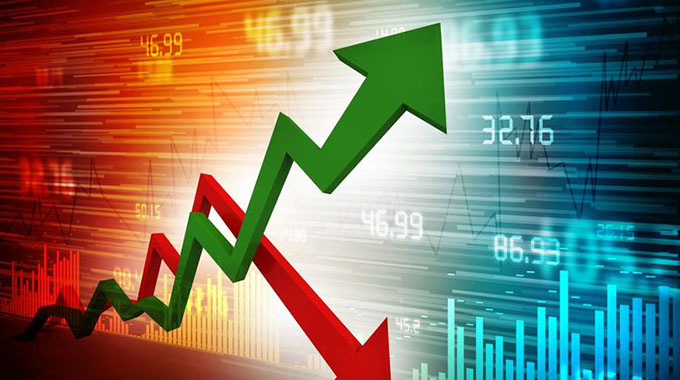 Business Reporter
The Zimbabwe National Statistics Agency (Zimstat) last week released January 2020 month-on-month inflation figures showing a significant slowdown at the rate at which prices for goods and services in the country increased from those that prevailed in the previous month of December 2019.

Month-on-month inflation for January 2020 came out significantly lower at 2,23 percent shedding 14,32 percentage points on the December 2019 rate of 16,55 percent.

What this means is that although prices still increased during the period under review, the price changes of 2,23 percent were not as high as the ones recorded for the month of December where prices changes or month-on-month inflation was 16,55 percent.

According to Zimstat data, as analysed by The Herald Finance & Business, the slowdown in inflation was mostly a result of static charges for housing rentals and electricity tariffs. Static charges mean, on average, landlords in the case of housing, and ZESA in the case of electricity, did not make any changes to the rentals and tariffs that prevailed in December 2019.

Zimbabwe has been battling with high inflation rates since May 2019 when month-on-month inflation went into double digits at 12,5 percent.

The inflation scourge reached a peak of 39,3 percent (month-on-month) in June 2019 and notably 38,8 percent in October as prices of goods and services tracked the exchange rate, which weakened from a start rate of 2,5 in February 2019 to 18 currently.

Authorities, however, say they are working flat out to tame inflation, forecasting month-on-month inflation to close at 5 percent in 2020, while year-on-year is forecast to close at 50 percent for the same period.

Some of the specific measures that the apex bank is pursuing to stabilise the economy includes implementing the monetary targeting framework geared at addressing inflation and exchange rate volatility.

The central bank also said it is committed to full implementation of the monetary targeting framework to regulate the amount of money supply in the economy and align it with the desired inflation and exchange rate levels.

The latest month-on-month inflation figures will thus be seen as a step in the right direction in curbing inflation.

The housing, water, gas and electricity category carries significant weight of 27,62 out of 100 making it very influential in the overall inflation calculations.

Unlike the previous month of December 2019 where the category comprised of housing, water, electricity and gas had overall inflation at 31,25 percent, for January it was just 0,60 percent.

Rental inflation, which stood at 70,71 percent in December 2019, is said to have remained static in January 2020, helping the overall inflation figures to significantly drop.

Tariffs for electricity, which has a weighting of 2,95 remained unchanged during the period under review.

The month-on-month Food and Non Alcoholic Beverages inflation rate stood at 2,55 percent in January 2020, shedding 13,20 percentage points on the December 2019 rate of 15,75 percent.

From this category, bread and cereal prices increased at a much slower pace with inflation being recorded at 1,49 percent against 17,42 percent the previous month.

Bread and cereals carry a weighting of 8,72 percent, the highest of all sub-categories.

The price of meat, with an inflation rate of 2,87 percent was not as volatile as it was in December where its inflation was recorded at 18,18 percent. Meat has a weighting of 5,79 percent in the basket.

Another notable movement was in vegetables where inflation slowed to 4,52 percent against 18,38 in December 2019.

Vegetables also carry a significant weighting of 7,81 percent, the second after that of bread and cereals.

While price increases slowed for most in the Zimstat basket of commodities, the cost of education went the other way with month-on-month inflation coming out at 9,39 percent from 0,17 in December 2019.

Private colleges put up fees and levies by 27,6 percent for the period under review while University fees also became pricey with inflation at 27,6 percent.

The cost of communication, hospital services, rates, water supply, were also among the few products and services whose prices increased faster in January 2020 than in December 2019.