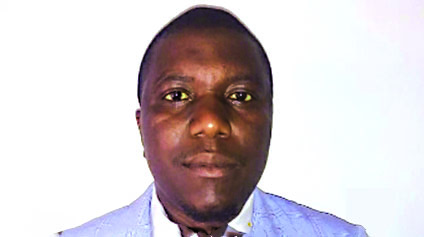 For the past four months, Harare City Council (HCC) has been struggling to provide bills to ratepayers owing to billing system glitches.

City fathers decided to ditch the BIQ billing system after it became too expensive to maintain. The local authority was paying US$363 000 annually for rights to use the system.

The BIQ system had been supplied by a local agent, Group View Technology, on behalf of a South African developer, Quill Associates.

However, the migration to a new billing system — Sage Evolution — is proving increasingly difficult due to periodic software glitches.

As a result, revenues have progressively declined to $12 million per month.

Ordinarily, HCC needs an estimated $45 million in monthly revenues for its operations to run smoothly.

The Sunday Mail recently visited some of council’s revenue halls, where ratepayers were being told to pay any amount they considered “reasonable” as their bills could not be readily computed.

Harare City Council principal communications officer Mr Innocent Ruwende said this was being caused by the new system’s small server which was reportedly being upgraded.

“The system is a bit slow due to a small server and the necessary upgrading is in progress.

“The October bills are now being worked on. Due to the input of new tariffs introduced by the supplementary budget, the process has been delayed,” he said.

He added that power cuts and shortages of fuel to power generators was also making it impossible for residents to get their balances at some revenue halls.

“Due to power cuts and lack of diesel to power generators, it is possible certain areas will be offline. However, this is a real-time system and all things being equal, residents will be able to make enquiries and process payments anywhere in Harare.”

It is believed that some of the crucial data might have been lost during the transition from the BIQ system.

However, the city council denied this.

City of Harare’s chairperson of the finance and development committee, Councillor Luckson Mukunguma, told The Sunday Mail that the local authority is presently collating the October to December bills, which will be issued to ratepayers as a single bill.

“Those bills will be lumped together so that residents can receive the current ones quickly.

“During this time, there has been resentment and resistance to pay bills. We are getting between $12 million and $15 million as opposed to $45 million per month.

“We encourage residents to keep paying their bills and keep their receipts so that they can reconcile them with the bills when they finally come. They need to pay their bills if they want quality service delivery,” he said.

Mr Shumba said the continued use the current “faulty” system was a sign of incompetence.

“The HRT has said this before, the City of Harare is not competent enough to address these billing challenges. The changeover from the BIQ billing system was a monumental blunder.

“The City of Harare abandoned BIQ, not based on objective evaluation, but based on the emotions of incompetent managers who were manipulating equally incompetent managers. They had been exposed by the BIQ team. The most unfortunate part is that the City of Harare lacks humble leaders who are prepared to swallow their pride and re-engage BIQ for a better billing deal,”  said Mr Shumba.