Source: ‘Righteous’ cop frustrated by corruption | Herald (Top Stories) Daniel Nemukuyu Investigations and Special Reports Editor A POLICE Constable, who claims to have endured corruption in the police service for seven years, has finally thrown in the towel and tendered his resignation, The Herald can reveal. Cst Richard Maziva (Force Number 077716Y) of Harare […] 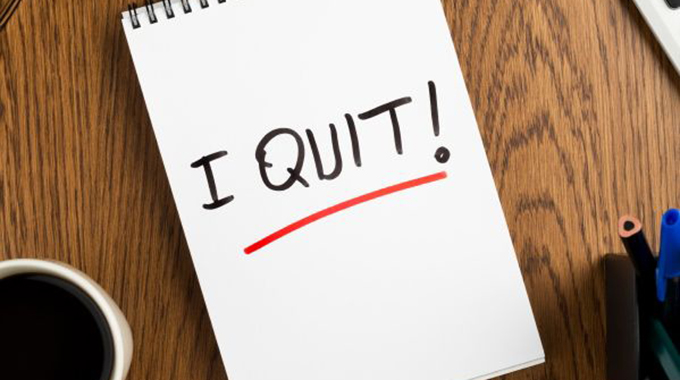 Daniel Nemukuyu Investigations and Special Reports Editor
A POLICE Constable, who claims to have endured corruption in the police service for seven years, has finally thrown in the towel and tendered his resignation, The Herald can reveal. Cst Richard Maziva (Force Number 077716Y) of Harare Central Police Station traffic section opened up on the alleged corruption in the police service, saying he could not take it anymore.

He worked at five police traffic stations in four different provinces where he claims corruption was rife.
Cst Maziva said corruption was real and had written several reports to superiors, informing them of the rot, but no action was taken.

On each transfer, he would write a report stating all the corruption he would have witnessed for the authorities to take action without success.

Cst Maziva said he firstly came face to face with corruption at his first station — Chingondo Police Station in Mashonaland West — where officers would charge an unofficial $20 for clearance of a beast.

“Every person who came to the station for stock clearance was made to pay $20 per beast to the police officer who went out to clear the cattle.

“I started refusing to do roadblock duties, and the officer-in-charge confronted me, asking for my reasons for that stance.

“I told him it was unprofessional to openly engage in corruption. The officer-in-charge took it as a rude response, but that was the truth,” he said.

Cst Maziva transferred to Beitbridge Traffic in May 2014, where he encountered more acts of corruption.
“Every pirate taxi driver in Beitbridge had to pay a mandatory R100 or $10 to be allowed to pass through the block without being issued with a ticket.

“Some would even pay more, depending on the nature of the offence.
“At the end of the day, a bribe of $20 would be paid to the officer-in-charge administration,” said Cst Maziva.
For traffic accidents, Cst Maziva said, police officer would extort money from both parties after separately threatening them.

“In some cases, one would pay a fine, while the other paid a bribe to the officer,” said Cst Maziva.
In May 2015, Cst Maziva wrote a report to his superiors, stating the corruption and seeking transfer to a non-traffic section.

However, he was moved to Victoria Falls Traffic, where police officers would target unsuspecting tourists who were not familiar with the town, arresting them for failing to obey stop signs and rail crossings among others. Kombis were made to pay $10 bribe to officers at roadblocks in Victoria Falls, while the officer-in-charge would get $40 daily.

At Mbare Traffic, Cst Maziva said kombi operators would pay $50 bribe per week to an individual police officer for protection.

In case of arrest, the operators had to pay up to $30 bribe to the officer-in-charge to facilitate their release.
Cst Maziva also worked at Mbare Police Station, where he was doing non-traffic duties.

“Individual officers or teams would collect at least $2 from each mbanje base, shebeen, and traders of other dangerous drugs daily . . .”

He said police details would be bribed by those who illegally dealt in copper at Magaba daily.
Cst Maziva also revealed that some officers would extort money from women who sold skin-lightening creams, and sex-enhancing drugs on the streets in Mbare.

He said corruption in the police force started from the top, where junior officers were forced to pay $50 monthly towards Kuyedza Club projects, which Cst Maziva described as high-level corruption.

Cst Maziva, tendered his resignation on September 2 and his expected last working day is December 17 2019.
On the Form 71 (application for discharge form), Cst Maziva gave the reasons for resignation as:
“Too much corruption in the organisation”.

“That guy has sent us a document, but I still need to go through it. Maybe on Monday I will be in a position to comment on it,” he said.