Source: Road construction: It’s back to business | Sunday Mail (Local News) Hon Joel Biggie Matiza WORLD recessions are seldom caused by natural disasters. Common recessions, notably the 2007-08 Global Financial Crisis, are due to negative changes in economic fundamentals. However, the year 2020 has seen a world decline in economic activity due to a […]

The post Road construction: It’s back to business appeared first on Zimbabwe Situation. 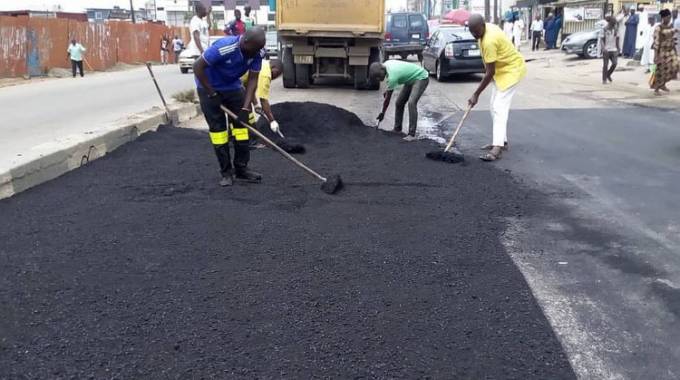 WORLD recessions are seldom caused by natural disasters. Common recessions, notably the 2007-08 Global Financial Crisis, are due to negative changes in economic fundamentals.

However, the year 2020 has seen a world decline in economic activity due to a deadly virus, the novel coronavirus, which causes Covid-19.

The world is experiencing a new normal, Zimbabwe included, which saw His Excellency President Mnangagwa declare Covid-19 a State of National Disaster in March 2020.

Zimbabwe has been lagging behind in terms of infrastructure development.

Road construction was the biggest casualty as only 20 percent of the country’s roads are tarred.

This has seen the New Dispensation prioritising infrastructure development, including road rehabilitation and construction.

To date, tremendous progress has been recorded with road construction and rehabilitation projects ongoing in every province in the country.

The President has already commissioned a number of completed projects in various provinces.

Among the commissioned projects, as of last year, are the Norton Road Over Rail Bridge (Mashonaland West) and Ngundu-Tanganda road (Manicaland).

There are, however, a number of completed projects that are yet to be commissioned. These include Ingwigwizi Bridge (Matabeleland North) and Pembi Bridge (Mashonaland Central) just to mention a few.

The provinces have also embarked on road surfacing of key economic routes with significant portions having been completed to date.

Following the Cyclone Idai disaster, the New Dispensation also embarked on a road rehabilitation and construction programme in Chimanimani to bring back the economic life of the district. The key economic artery of the district, Wengezi-Skyline, is being rehabilitated and nears completion.

Government is grateful for the assistance rendered and funding received from friendly countries, churches and development partners towards the restoration of roads and bridges in Chimanimani district following the Cyclone Idai disaster.

The provision of a good road network is in line with President Mnangagwa’s vision of uplifting Zimbabwe into an upper middle-income economy by 2030.

Construction and rehabilitation of road projects in the first quarter of 2020 were stalled due to the Covid-19 pandemic. During total lockdown, businesses that include construction were temporarily closed to curb the spread of the disease. In May, His Excellency extended the lockdown indefinitely under Level 2 but some businesses including those in road construction were allowed to resume subject to operational guidelines to curtail the pandemic.

Thus, road construction projects that had been stalled due to the pandemic became a hive of activity late last month. Whenever there is a national disaster, Government channels resources towards that endeavour in order to save people’s lives.

The chief project in this regard is the rehabilitation and construction of the Harare-Beitbridge highway. This involves rehabilitation, construction and widening of the road to 12,5 metres in line with Southern Africa Transport and Communications Commission (SATTC) standards from the current seven metres.

The road is being given a new lease of life and by August 2020, at least 100km will have been rehabilitated and opened to traffic.

The Department of Roads has also constructed 7,2 kilometres on this highway to date and the work is commendable. The limited fiscal space and cash budgeting limits the country’s capacity to embark on such massive road infrastructure projects on other highways that have outlived their lifespans.

There is, therefore, a need for the international community, in some cases, to reconsider the nature of development assistance to Zimbabwe and prioritise infrastructure development. Prioritisation of road construction projects in the national budget is critical in facilitating economic growth and hence employment creation given the increased multiplier effect of such capital projects.

Although increased foreign funding is desirable, road construction in Zimbabwe is taking a new thrust with local funding and priority being given to local contractors.

This is done in order to capacitate local industries, create employment and promote economic growth in line with Vision 2030.

The Ministry has a new policy thrust to award most road construction projects to local contractors and reserve about 30 percent for the Department of Roads.

In this regard, women and youths are also encouraged to participate in road construction projects by forming partnerships. Small companies in road construction should work together and form consortiums so that they are able to deliver quality work after being awarded tenders.

The Ministry values high quality work and timely completion of projects. The quality of work should not be compromised but rather improved given our nation’s abundant pool of skilled and experienced human capital.

The Ministry is also considering awarding small projects such as installation of road signage in dust and tarred roads, grass cutting, pothole patching and periodic grading of gravel roads, among others, to youths and women with skill at provincial level. These small projects will not only empower communities but reduce rapid depreciation of the key national asset, the road.

Small companies survive due to their ability to professionally and profitably venture into such small projects that may be uneconomical to large firms.

There is a need for road authorities to step up their mandates and ensure good roads in towns and residential areas while feeder roads in rural areas are maintained to improve accessibility in communal areas.

A good road network is a key economic enabler and hence a giant step towards achieving Vision 2030.

Honourable JB Matiza is the Minister of Transport and Infrastructural Development.

The post Road construction: It’s back to business appeared first on Zimbabwe Situation.