The post Robert Mugabe killed the freedoms he had worked so hard for  appeared first on Zimbabwe Situation.

Source: Robert Mugabe killed the freedoms he had worked so hard for | Fadzayi Mahere | Opinion | The Guardian

“Wafa wanaka” – it is said that it is unAfrican to speak ill of the dead. But what choice does one have when the death of a once towering figure raises complex emotions, and not in a good way?

On 18 April 1980, Zimbabwe was born. In a colourful celebration that started the previous night at Rufaro stadium in Harare (then known as Salisbury), the independence flame was lit. Bob Marley sang Zimbabwe, a song he’d written at the invitation of the government. Hope filled the air as Robert Gabriel Mugabe, the nation’s first prime minister, took his oath of office and swore allegiance to the new nation. Julius Nyerere, the leader of Tanzania, prophetically cautioned Mugabe, saying: “You have inherited a jewel in Africa. Don’t tarnish it.” 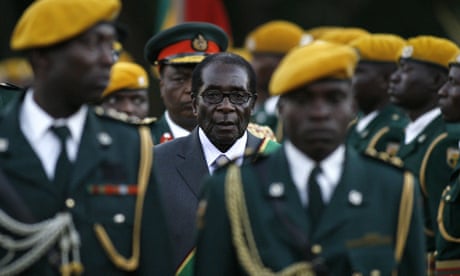 Mugabe represented the birth and hope of a new era. Eloquent, ideologically clear and popular, he represented what many a Zimbabwean and parent at the time wished for the next generation. The optimism was not unfounded. Mugabe was a teacher by profession. He declared education a basic human right and changed the constitution to recognise primary and secondary public education as free and compulsory – a policy that woud reap dividends for decades to come. He preached unity, his aspiration for a non-racial society, and his belief in the rule of law and democracy.

It is the Mugabe of this moment that plunged many Zimbabweans into a feeling of conflict when his death was announced on Friday morning. While his legacy to many Africans across the continent is that of a revolutionary hero who championed the continent’s liberation struggle, this image of him presents an incomplete picture. Though he was admittedly a master politician, many Zimbabweans were killed, tortured and brutalised as he entrenched his insatiable grip on power. The unromantic part of his legacy must not be ignored.

While revolutionary and eloquent in his speeches, Mugabe tarnished a precious jewel with violence, economic mismanagement and repression. In the 37 years he ruled over Zimbabwe, a dark cloud of broken hope replaced the promise of a bright future. We were left poorer and damaged for it. His ousting in a coup orchestrated by some of his trusted comrades and generals was tragic but celebrated by the masses.

In the early 1980s, Mugabe’s proclivity for violence was already evident. Insecure about his enemies, he established the notorious Fifth Brigade, a military group that was trained by the North Koreans. Between 1983 and 1987, Mugabe deployed the brigade into Matabeleland, in the south of Zimbabwe. The brigade oversaw a campaign of beatings, arson, public executions and massacres. This period came to be known as Gukurahundi, a term drawn from a Shona word that means “the wind that sweeps away the chaff before the rains”.

The Catholic Commission for Justice and Peace documented at least 2,000 deaths but estimated that figure was more than 8,000. Other groups believe the death toll could be as high as 20,000. Throughout his decades of rule, Mugabe never afforded justice to the survivors and victims of Gukurahundi, although he later acknowledged that “thousands” had been killed, and he called the massacres “a moment of madness”.

During the 1990s, Zimbabwe’s economy steadily contracted. Unemployment rose threefold, average wages were lower and, by 2000, living standards were a pale shadow of what they’d been in 1980. The economic crisis reached a climax in mid-November 2008 when year-on-year inflation reached 89.7 sextillion per cent. This period was characterised by food shortages, empty shelves and the failure of the Zimbabwean dollar.

In addition to the economic failure, Zimbabwe experienced a deep political crisis. Opposition figures and human rights activists were beaten, arrested, abducted and killed for daring to raise their voices against Mugabe. Elections were fraught with rigging and violence as Mugabe refused to give up power – the most brutal of these elections was in 2008.

One of the strategies devised by Mugabe to maintain his grip was a controversial land reform exercise, which began in 2000. It was high on the rhetoric of restoring land to the black majority, although in reality the land remained in the hands of the state, with the holders of the farms holding no title or security of tenure. Critics accused Mugabe of parcelling land out to political elites at the expense of ordinary Zimbabweans. More than 400,000 black farmworkers were also displaced during the exercise. 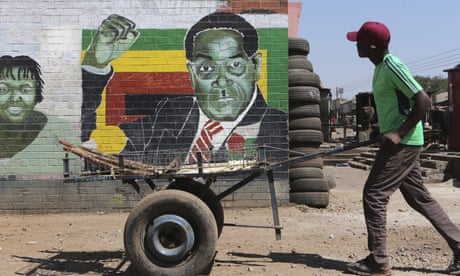 While many agreed that rebalancing land ownership was necessary, many also found fault with the “fast-track” manner in which this was done. The poor administration of the programme had a negative impact on the economy and the one-time “breadbasket of Africa”. Zimbabwe now, in the aftermath of Mugabe, faces a huge crisis and requires at least US$400m in food aid to avoid starvation.

When all is said and done, Mugabe’s legacy is a complicated, conflicted and problematic one. On the one hand, he will always be an African liberation icon. On the other, he presided over economic destruction and killed the freedoms he had worked so hard to give birth to. It will take many years to undo the system of repression that he created and which continues under his successor today.

While it is unAfrican to speak ill of the dead, Mugabe offers a cautionary tale to all in the continent of how not to destroy a jewel.

• Fadzayi Mahere is a Zimbabwean lawyer and politician

The post Robert Mugabe killed the freedoms he had worked so hard for  appeared first on Zimbabwe Situation.