Source: Spousal rape remains under-reported | Newsday (News) BY PHYLIS MBANJE SIX years ago, a 27-year-old soldier from Induna Barracks locked up his wife in the bedroom, stuffed her mouth with a dirty wet shirt, and tied her hands with an electrical cable. He also tied her legs with a piece of wire and brutally […] 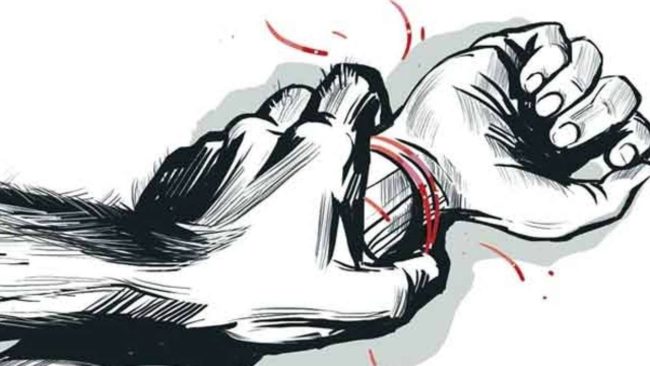 SIX years ago, a 27-year-old soldier from Induna Barracks locked up his wife in the bedroom, stuffed her mouth with a dirty wet shirt, and tied her hands with an electrical cable.

He also tied her legs with a piece of wire and brutally raped her. For this heinous crime he was slapped with 12 years behind bars.

The story shocked many by its sheer violence and also the fact that this was perpetrated by a husband. It also got tongues wagging on why she had reported him to the police.

But away from this case, which played out in court and in the public glare, several other women suffer the same fate or worse at the hands of their spouses. But most of these cases never reach the courts but are simply swept under the carpet.

“The majority of women suffer in silence. The way our society is structured also makes it harder to discuss these issues openly,” said Ekenia Chifamba, the director of Shamwari Dzevasikana.

Chifamba said society had its own perceptions about a married woman who it expected to meet her husband’s conjugal needs regardless of her own feelings or circumstances.

“There is a culture of silence which we need to break and start speaking about these issues. The 16 days of activism mostly focus on other forms of violence but rarely on marital rape,” she noted.

Many women, according to Chifamba, face a lot of challenges when they try to report cases of marital rape.

“The first challenge is, where do they go to report this matter? The church can be unforgiving when it comes to such issues as well as relatives and friends who will judge the woman for telling her secrets to the world,” she said.

However, for many people it is difficult to accept that marital rape is a crime simply because the perpetrator and victim have a relationship and live together, often enjoying consensual sexual relations.

Why is this social blight still being tolerated in a country with a literacy level exceeding 90%? Societal pressures top the list with many women opting to keep quiet for fear of being reprimanded by their peers or are ashamed to speak out. The other group is that of women who are financially dependent on their husbands and are convinced they would be left in dire straits if the husband is convicted and jailed.

“There is also the issue of getting infected with sexually transmitted diseases because in such instances, a woman cannot negotiate for safe sex,” said Chifamba.

“Because one is not talking about these abuses it affects them psychologically and that is why mental health is cause for concern now.”

The just-ended 2019 1CASA conference held in Kigali, Rwanda has revealed that women are still the face of HIV with 58% living with the disease.

This is despite the fact that there are multiple tools that can help women to prevent infection.

Manju Chatani-Gada at the 2019 Biomedical HIV Prevention Research Forum, one of the many pre-conferences accredited for the 2019 ICASA, said that there were differences between “options” and “choices”. Tool options for HIV prevention are largely made available through research. The choices for use of the HIV prevention tool are limited by the structural barriers that remain largely unaddressed.

Gender inequalities and gender-based violence limit the capacity of women and girls to protect themselves from HIV infection.

According to a report by United Nations Programme On HIV/Aids (UNAids), violence and the threat of violence which include marital rape, hampers women’s ability to make healthy sexual decisions.

In Sub-Saharan Africa, women account for 59% of people living with HIV and according to research, the bulk of these women are married or are in long-term relationships. Because of fear of being rejected and losing economic support, these women continuously put themselves at risk of being infected and do not report incidents of marital rape or other forms of domestic violence.

Many countries in Africa have put legislation in place to protect women from marital rape but sadly only a few of them have actually made use of it. The topic has been relegated to the waste bin, well on its way to the dump yard. There is not enough discussion around the topic which is considered too sensitive and deeply rooted in cultural dimensions that are too complex to tackle.

The prevailing socio-economic challenges have also made it harder for victims to report the cases to the police.

“Some women do not have means to survive so they hesitate to report the breadwinner which is all very sad considering the adverse effects,” said Chifamba.

Marital rape is enshrined in the Domestic Violence Act (DVA). It is also listed as one of the forms of domestic violence in the 1993 United Nations Declaration for the Elimination of all Forms of Violence against Women which Zimbabwe has ratified.

The Act reads in part: “Domestic violence constitutes any act or omission by a perpetrator which harms, injures or endangers the health, safety, limb, or well-being whether, mental or physical of the victim or tends to do so and includes causing physical abuse, sexual abuse, emotional, verbal and psychological abuse.”

The DVA is a criminal law which belongs to the Criminal Law (Codification and Reform) Act (Chapter 9:23) of the criminal justice system in Zimbabwe. This law can be described as a coercive criminal justice strategy that has been promulgated as the appropriate legal response to control and deter perpetrators of domestic violence. It demands that any perpetrator of domestic violence should be reported to the law-enforcement agents for arrest and prosecution aimed at punishment upon conviction.

The Zimbabwe Demographic and Health Survey 2015, published the following year in November 2016, revealed that there had been cases of marital rape.

“Spousal violence: Overall, 35% of every married women age 15-49 experienced physical or sexual violence from a spouse, and of these women, 37% reported experiencing physical injuries,” reads the report in part.

However, victims are often unwilling to report their abusers who, in some cases, are their close relatives. The Act also stipulates that no survivor of domestic violence can get legal protection or medical treatment until a prima facie case of domestic violence has been reported directly by the abused or by the complainant’s representative.

This means that the law makes it obligatory for the offended partner to initiate the justice process by approaching the police either in person or through a proxy, as is required for all criminal cases. The implication is that, without the survivor of domestic abuse or the survivor’s proxy making incriminating reports of abuse, no arrests and prosecutions can take place. Thus, the survivor’s or proxy’s initiative to seek legal justice and the ability to last the entire prosecution process until conviction of the offender is key to the effectiveness of the process.