Source: Sugar scandals in Zimbabwe’s lowveld | zimbabweland While visiting our research sites in Mkwasine and Hippo Valley in Zimbabwe’s lowveld recently, there was only one topic of conversation among sugar farmers we have been working with in land reform areas: the scandal that has overwhelmed the South African sugar firm, Tongaat Hullett. A forensic audit by Price Waterhouse […] 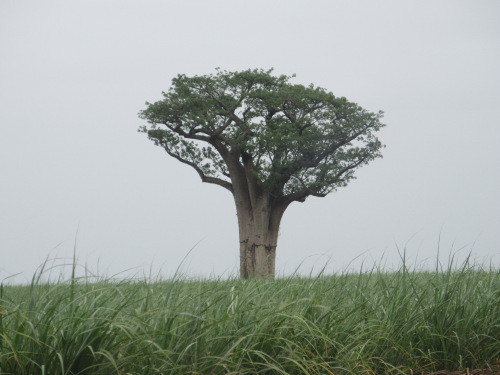 While visiting our research sites in Mkwasine and Hippo Valley in Zimbabwe’s lowveld recently, there was only one topic of conversation among sugar farmers we have been working with in land reform areas: the scandal that has overwhelmed the South African sugar firm, Tongaat Hullett.

A forensic audit by Price Waterhouse Cooper (PwC) uncovered massive accounting irregularities and the report named most of the top brass of the company, including the top team in Zimbabwe. What’s more, the accounting audit identified land acquired for land reform as an asset that shouldn’t be on the books, immediately wiping billions of Rand off the company’s value.

This episode has sent shock-waves through South Africa’s corporate sector. The company was delisted from the Johannesburg stock exchange, all those implicated have been removed from their posts, and there are potentially criminal charges pending. Not surprisingly, big questions are being asked about the companies that previously audited Tongaat’s accounts.

Tongaat Hullett is the owner of Triangle estates and mill and the major stakeholder in Hippo Valley, having bought out Anglo-American’s shares. A total of 640,000 tonnes of sugar can be produced per year from two mills. Since the late 1950s, this has been a strategic contribution to the national economy. Ever since the sugar industry was first established in the lowveld with 100 hectares planted by Murray McDougall in 1937, the companies involved – first MacDougall’s Triangle company, then the Hullett company from 1957 then conglomerate, Tongaat Hullett, later – have been a central part of the lowveld political economy. In the estate museum there are pictures of company executives and colonial governors, prime ministers or presidents from the early colonial era to the present. The state indeed invested substantially in the sugar industry – building dams, creating canals, levelling fields and offering land. The state and sugar capital have always been intimately intertwined in Zimbabwe (see the brief history in our open-access JSAS paper).

This was certainly the case during land reform when deals were struck to protect the core estates from land invasions. Concessions were offered and the white and Mauritian outgrowers were expelled in favour of new A2 farmers, but the main business was protected. By all accounts this was agreed at the highest political level. Since then the company has been cajoled into make further concessions, releasing cane land for those local invaders who felt that they had lost out in the early 2000s, and again recently a major new initiative has been started, opening up new land for outgrower cane, and the settlement of more people.

When we started our work in the sugar growing areas in the early 2000s, soon after land reform, the company executives were dismissive of the resettled farmers. How could they possibly grow cane at the level and quality that the estate does? As our work has shown, they have been surprised. Yield levels are comparable to the estate and the outgrower sector is delivering a significant proportion of the cane. With risk transferred to outgrowers and the company acting as a monopoly buyer, this has worked out well for the estate.

But farmers and the company have not always got along well. The company has monopoly market power and sets the terms (even if these are quite good by regional standards), and the exposure of the level of dodgy accounting by PwC has only acted to enrage farmers. For them, this proves that they are being ripped off, and that the company fat cats are benefiting, while they suffer. Growing sugar is hard, and made harder, especially for those in Mkwasine area operating outside the estate, as water and electricity supply is challenging, given the decline in infrastructure. For them, not only the company, but the state – always seen to be in cahoots – are to blame for their plight.

Sugar plantations have always been central to the economics of empire. Linked in some parts of the world to slavery, land expropriation and exploitation, sugar, global capital and colonial states are intimately entwined, as Sydney Mintz has so eloquently written about in Sweetness and Power. Yet plantations also have connotations of modernity and progress, creating order and wealth in marginal areas, and with this gainful employment and an export commodity that boosts national economies.

Being in the lowveld sugar areas you can feel this. The emerald green sugar cane is laid out in neat blocks, and the busy efficiency of the tractors, haulage trucks and mills give a sense of unified purpose. The massive engineering works that have gone into ensuring continuous supplies of water to this otherwise dry land are witness to state commitment, with canals criss-crossing the landscape, and the area dotted with sluices, check-dams and ponds. Meanwhile, the country clubs, the golf courses, the manicured village greens, the cricket creases, the football teams and the schools named after sugar heroes of the lowveld, present a sense of another world, beyond the mayhem of contemporary Zimbabwe. The massive Tongaat billboards on the roads welcome you to an almost sovereign space, beyond the nation, with its own rules and security forces.

Plantation life is often a separate existence, where you are provided for; as long as you commit to the deal with the company you can be housed, educated, medically cared for and provided with a job. The remuneration may be poor and conditions bad, but there is not much else among the dry baobabs of the lowveld.

The outgrowers, begrudging and forever complaining, have by-and-large accepted this incorporation into this company world. Many have done well from sugar, faring considerably better than their counterparts on other A2 farms, and with better deals than other sugar producers in the region (see our JSAS special issue on the political economy of sugar in southern Africa). Learning the ways of sugar, and its seasonal cycles, has taken some doing, and many have diversified to avoid total reliance on one commodity, but our data show significant levels of income from most. And this is much more than the pathetically remunerated government jobs that many retired from.

Yet the accounting scandal has upset this accommodation. People are angry at being ripped off. And dodgy accounting is resurfacing resentments around land politics. Noone is very clear about who actually owns the land that sugar wealth is built on. For land reform areas it is clearly state land as it was expropriated, but the estate as whole does not have clear land titles. It was always an accepted arrangement that the estate provided a strategic industry, valued and supported by the state, and lowveld land was cheap and plentiful. But forensic accounting doesn’t take account of vague agreements struck in the early twentieth century, and the deregistering of land reform land may have opened up a larger can of worms, as land rights and control in the lowveld sugar areas are renegotiated.

What this episode once again exposes is that sugar and power are intimately linked. The state and sugar capital have worked together across regimes in Zimbabwe, incorporating outgrowers – white, Mauritian and more recently black – in this bigger project. The order of the estate, with its facilities and regimented control – meant that a colonial style status quo could be preserved long into Independence, no matter how loudly outgrower farmers shouted or local politicians agitated.

When updating investors in December, Tongaat Hullett tried to put a brave face on the scandal, suggesting that they’d turned a corner, everything had been rectified, and that all would be OK. There is a prospect that the company will be listed again on the Joburg exchange today. But, in the last months, the accounting scandal has changed the game in Zimbabwe. When dubious corporate accounting and colonial land politics get mixed up, things get messy. With Tongaat bosses allegedly fiddling the books to get bigger bonuses, the fragility of the long-running arrangement between state, capital, outgrowers and local populations has been seriously tested. Farmers are more vocal about their rights and demand a greater share from the company. And estate land, and perhaps other assets, are now being contested in ways that they haven’t been since MacDougall’s planting of the first sugar in 1937. An accounting scandal has created a whole new politics in the lowveld, which is likely to run and run.