Source: Time for govt to nail abusers of EcoCash | Daily News SO MUCH has been written about EcoCash agents this week, probably too much for EcoCash’s liking. But then it would appear EcoCash itself wittingly or unwittingly started the publicity. Around Thursday last week the popular mobile money business put out adverts in the […]

The post Time for govt to nail abusers of EcoCash appeared first on Zimbabwe Situation. 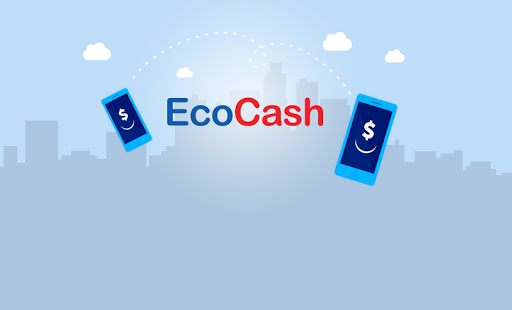 SO MUCH has been written about EcoCash agents this week, probably too much for EcoCash’s liking.

But then it would appear EcoCash itself wittingly or unwittingly started the publicity.

Around Thursday last week the popular mobile money business put out adverts in the media warning its customers and the public not to allow EcoCash agents to over-charge them.

“Be a smart customer. Do not pay extra commission to agents,” the public notice from EcoCash said. It said paying extra to cash out was “allowing someone to steal your money” and called on the public to “say no to 30 percent or 40 percent extra for EcoCash cash out!”

The notice ended by urging customers to report any (suspected) cases of overcharging to the police.

Now this was pretty strong language from EcoCash to its customers about its own agents. These are the same agents that make up the elaborate and pervasive agent network that has helped the Cassava Smartech-controlled EcoCash business to control over 95 percent market share of mobile money payments in Zimbabwe.

And now EcoCash was warning the public not to fall victim to greedy agents charging a premium for cashing out at the agents’ outlets.

With the Reserve Bank of Zimbabwe (RBZ) on a mission to achieve financial inclusion through the adoption of a “cashless” economy, EcoCash’s lead role in driving mobile electronic payments and creating a digital economy in Zimbabwe cannot be disputed.

The RBZ has reported that over 80 percent of all electronic payments in Zimbabwe are done via mobile, placing Zimbabwe way ahead of its neighbours in the region, and on the continent, except perhaps in Kenya.

It’s not clear whether an article in one of the local newspapers was inspired by EcoCash’s rather drastic public notice.
But the local paper wrote about how “EcoCash agents have turned their booths into illegal selling points of cash at exorbitant premiums ranging from 30 to 40 percent.”

The story went on to recount several instances of overcharging claims by the agents themselves, including alleged eye-witness accounts of “cash wholesalers” narrating how they go about their trade.

The story said EcoCash agents and other cash dealers were being fed by retailers refusing to accept electronic payments.

Although the heading of the story put the spotlight on EcoCash agents, it is clear from the rest of the article that a cartel including retailers, wholesalers, Kombi operators, ice cream vendors and all kinds of vendors are the ones fuelling the cash black market — which much of the broader, unsuspecting public only experiences at the cash out points at EcoCash agents’ booths.

The revelation that there is a whole syndicate working to profit from cash as a “product” points beyond the EcoCash agents, who are merely an outlet — if not a willing participant in the scam.
It means the overcharging by the agents is a symptom, not the disease itself.

The bigger problem — of opportunist retailers refusing electronic payments — is clearly what would need to be nipped in the bud in order to dry up cash trade hosepipe.
True, EcoCash agents should not and must not overcharge EcoCash customers.

But then the customers, as EcoCash has warned in its public notices, should not go and cashout their funds at agents that they know will overcharge them.

Rather, they should keep their money in their EcoCash wallets, and use it to buy in shops where they accept EcoCash payments, or only cash out at outlets where they are not “robbed” in broad day light through extortionate rate of up to 40 percent.
Some have said EcoCash should completely ban and disband its agent business.

Now this would be throwing away the baby with the bath water and it’s unlikely to happen. The Finance minister recently announced a tax on EcoCash agent transactions, meaning that the government is counting on some revenues from EcoCash agents, not thinking of disbanding them.

In any case, if that were to happen, the cash black market which the writer of the story in one of the local paper, acknowledges is taking place even outside the EcoCash environment, would simply morph into another form and continue, unless and until some retailers no longer refuse to accept electronic payments.

To end the practice — which, lest people should forget, is on a willing seller, willing buyer basis – the authorities should crack down on those rejecting electronic payments and starve the rest of the cash supply chain.

The truth is that the government’s two percent tax, among other taxes and levies, comes through EcoCash and other electronic payments, and not from the illicit cash barons.
The solution could therefore be in actually going fully digital, either by legislation or RBZ policy, so that all payments become electronic, or such that it becomes an offence for any retailer to refuse to accept an electronic payment in Zimbabwe.
The argument is that if the authorities make it illegal for traders and retailers to reject customer payments by swipe or EcoCash, then the cash extortion problem will soon disappear.

The post Time for govt to nail abusers of EcoCash appeared first on Zimbabwe Situation.