Source: Under-fire Moyo ejected from cabinet meeting | Theindependent (Zimbabwe) EMBATTLED Health and Child Care minister Obadiah Moyo (pictured), who is on ZW$50 000 bail for alleged criminal abuse of office, was blocked from attending Tuesday’s cabinet meeting by President Emmerson Mnangagwa. ANDREW KUNAMBURA Amid calls for him to resign over the serious allegations of criminal […] 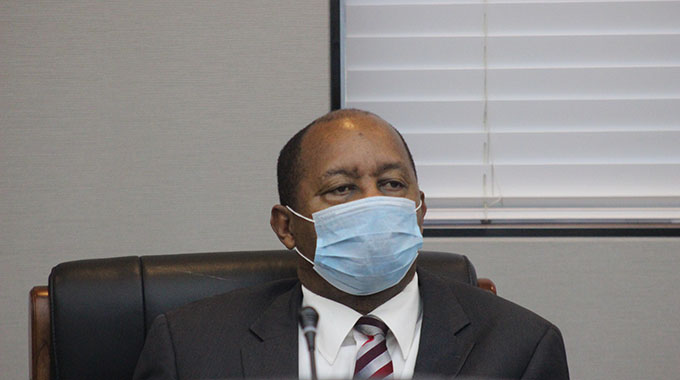 Amid calls for him to resign over the serious allegations of criminal abuse of office, it was business as usual for Moyo, who reported for work this week after being granted bail at the weekend.

This comes as prominent lawyer Beatrice Mtetwa wrote to Mnangagwa asking for point people to be appointed to receive a petition signed by 17 899 Zimbabweans calling for the immediate dismissal of the Health minister.

Moyo’s job is hanging by a thread after he was arrested last week for his dealings with Drax International LLC and Drax Consult SAHLG, companies which the state alleges were illegally awarded contracts by the Health ministry without following legally specified tender procedures.

The deals, for which Drax representative Delish Nguwaya has also been arrested, are for the supply of US$60 million worth of medical equipment and drugs to government, via the National Pharmaceutical Company (NatPharm).

Zimbabwe Independent’s high-level sources said Moyo arrived before the cabinet meeting at 9am and took his seat among other ministers at the meeting held at State House. Mnangagwa was in his office at the time.

About five minutes after Moyo had taken his seat, official sources said, Moyo was approached by Vice-President Constantino Chiwenga, who informed him that he was wanted by Mnangagwa in his office.

“He arrived in the meeting room at exactly 9am, shortly before the meeting commenced and took his usual seat. But about five minutes later, VP Chiwenga walked in, walked straight up to Moyo and informed him that the President was waiting for him in his office. So he left his papers on the desk and went out to the President’s office together with the Vice-President,” an official source said. “He returned to the meeting room alone about 20 or so minutes later, collected his papers and left without saying anything. I bet he was told that his presence was undesirable. The President walked in shortly afterwards and the meeting proceeded as if everything was normal. He never said anything about the incident throughout the meeting.”

Another senior government official said: “As things stand, I don’t see him lasting long. He should not have come to the meeting in the first place. I don’t know why he couldn’t learn from the Prisca Mupfumira case. The wisest thing for him to do right now is to resign and concentrate on the case, but our people do not have the culture of resigning. They would rather be fired.”

Although Moyo has not been sacked, he is the second minister — during the Mnangagwa presidency — to face corruption allegations after former Environment and Tourism minister Prisca Mupfumira was arrested in July last year.

Mupfumira, also out on bail, is being accused of siphoning millions of United States dollars from the National Social Security Authority (Nssa) during the time she was in charge of the portfolio as Minister of Labour and Social Welfare.

In October last year, just after she was granted bail, Mupfumira turned up at a Zanu PF politburo meeting but was ejected shortly before it started.
In the letter dated June 23 addressed to the President’s Office, Chairperson of the Zimbabwe Anti-Corruption Commission (Zacc) Loice Matanda-Moyo and Speaker of Parliament Jacob Mudenda, Mtetwa said she has been asked to co-ordinate the handing over of the petition.

“As will be clear from a reading of the petition, the citizens are calling for the immediate dismissal of Obadiah Moyo from his position as Minister of Health and Child Care given the deterioration of the public health delivery system under his tenure,” the letter reads.

The petition was handed over to parliament and Zacc yesterday, and Ministry of Justice, Legal and Parliamentary Affairs permanent secretary Virginia Mabhiza will receive today on behalf of the President.