A zombie idea is one that refuses to die. There’s a zombie idea that persists about Zimbabwe as a “breadbasket”, says Wandile Sihlobo. Source: Wandile Sihlobo: The zombie idea of Zimbabwe’s agriculture | Fin24 Nobel laureate, Paul Krugman, has popularised the term “zombie idea”, which is also a title of his new book – Arguing with Zombies. This […]

A zombie idea is one that refuses to die. There’s a zombie idea that persists about Zimbabwe as a “breadbasket”, says Wandile Sihlobo. 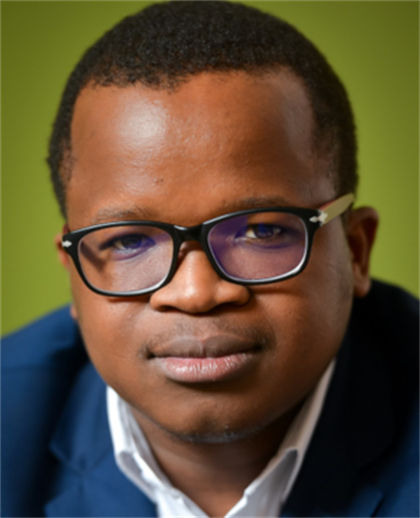 Nobel laureate, Paul Krugman, has popularised the term “zombie idea”, which is also a title of his new book – Arguing with Zombies. This term refers to “ideas that keep being killed by evidence, but nonetheless shamble relentlessly forward, essentially because they suit a political agenda”.

It is an idea, in essence, that refuses to die.

One such “zombie idea” in African agriculture is the view that Zimbabwe was a breadbasket of the continent. I keep hearing this from various corners (and here from the late President Robert Mugabe) although evidence shows Zimbabwe was never a breadbasket.

Fellow agricultural economist Sifiso Ntombela and I found in an Africa Check essay in 2017*, aimed at assessing whether Zimbabwe was ever a bread basket for Africa, that it was not. What we did find, however, was that Zimbabwe had been a self-sufficient food producer until its land reform programme was instituted.

In our view, a country should be able to meet its staple food consumption needs and simultaneously command a notable share in exports of the same food commodity to be considered a “bread basket”.

An examination of the production data from the UN’s Food and Agriculture Organization of key staple foods — maize and wheat — shows that Zimbabwe’s production of these commodities never surpassed a 10% contribution to Africa’s production over the past 55 years.

In the two decades prior to Mugabe’s leadership (1960–80), Zimbabwe provided an average share of 6% of Africa’s maize production — almost on par with Nigeria but lower than Kenya’s contribution of 7%. During that period, the country’s maize production outpaced consumption by an average 400 000 tonnes a year, making it a net exporter.

During the first half of Mugabe’s rule (1980-2000), the country’s maize production contributed a share of 5% to Africa’s output. While it was a net importer in most years, on average the country remained a net exporter of maize, with a declining maize trade balance. This decline, and the country’s trade balance, worsened following the introduction of Zimbabwe’s fast-track land reform programme in 2001.

The country’s share of maize production on the continent then dwindled to an average of 2%. During this period, its maize consumption outpaced production by an average of 550,000 tonnes per annum — turning it into a net importer. The trend is similar for wheat and other major grain commodities as a contribution to Africa’s food system.

Fails to fit the idea of food-basket

The available data, which covers three distinct phases in Zimbabwe’s agricultural sector, suggests that the country was self-sufficient before and in the two decades after Mugabe came to power. Even then, Zimbabwe’s maize and wheat output were generally modest and volatile. It wasn’t sufficient to support strong exports to the rest of the continent and world – which fails to fit the idea of a food-basket.

In the third phase, the country’s maize and wheat production significantly declined, which further weakened Zimbabwe’s standing in the continent’s food system.

Overall, we view Zimbabwe as a self-sufficient food producer prior to its fast-track land reform programme. However, there is limited evidence to support the notion of Zimbabwe having ever been “the breadbasket of Africa”.

Wandile Sihlobo is a South African agricultural economist. *Read the author’s previous fact-checking analysis, which is referenced above, here.