Source: Zanu PF conference: Feasting amid famine | Newsday (News) There will be a feast befitting a king. There will be eating and drinking for close to 10 000 people. BY JAIROS SAUNYAMA In the midst of such bountiful supply, the feast will take place among many hungry stomachs. Such has become the mark of […] 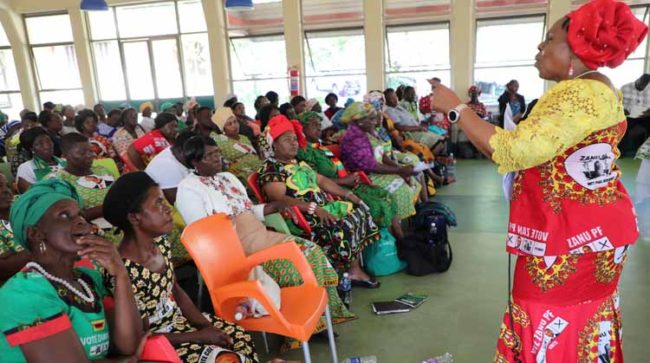 In the midst of such bountiful supply, the feast will take place among many hungry stomachs.

Such has become the mark of Zanu PF conferences and congresses.

They have become choreographed scenes of how to devour huge meals in the presence of salivating onlookers.
Never mind the national food crisis which raised panic in the international community, especially the United Nations.

Zanu PF will feast while the nation fasts and of course not by choice.

As of yesterday, according to a report by the ruling party, 53 beasts were to be slaughtered while eight tonnes of maize have since been delivered.

Five tonnes of chicken will be consumed during the mega event, while farmers mainly in Mashonaland East province have pledged tomatoes and vegetables.

Goromonzi High School is the venue with delegates from across the country being accommodated in distant places which shows that the ruling party has availed thousands of litres of fuel for its supporters.

Some of the delegates will be housed at Marondera High School, others at Mandedza High School in Seke while some will be attending the conference from St Johns High School.

“We have 90 buses and they will be arriving here (venue) on Thursday. They (delegates) will have their lunch and dinner here before they go to where they will be staying,” Zanu PF director for administration Dickson Dzora said.

On Monday, leading meat company Koala was busy offloading all sorts of meat at the school’s kitchen.

Officials from power utility Zesa were also busy putting final touches as they installed a transformer at the venue while a heavy generator is on standby in case of electricity problems.

Government parastatals Zinwa and DDF have drilled boreholes as well as create a car park that will accommodate thousands of cars.

“It’s all systems go. This will be a memorable conference and as Mashonaland East province we are happy that we have everything in place despite the short time we had,” said Seke legislator Munyaradzi Kashambe, who is also Zanu PF’s provincial secretary for finance.

The road that connects the venue from the Harare-Mutare Highway has since been spruced up while other feeder roads in Goromonzi district have been rehabilitated.

However, it is the tent set up that will leave many concluding that Zanu PF has splashed millions of dollars for this year’s conference.

At least 20 offices have been established apart from the main auditorium that will accommodate more than 7 000 party delegates.

The security system at the entrance has been upgraded with one’s face to appear upon the scanning of a bar code on the accreditation card.

Despite the opulence, the highway to the venue tells a different story at the same time exposing the gap between the rich and the poor.

Women and children are found by the roadside selling wild fruit, popularly known as mazhanje, as they try to eke out a living in a country whose economy is in abyss.

To them, the conference offers a big opportunity to maximise their sales ahead of the festive season. All in all, Zanu PF’s penchant of spoiling its delegates still stands.

The latest feasting comes after two others that include the anti-sanctions march and youth convention that also gobbled a lot of money.