Source: Zesa unbundling was a disaster: Gata – DailyNews SENIOR STAFF WRITER njanjaemangezi@dailynews.co.zw  ZESA Holding board chairperson Sydney Gata says the unbundling of the power company was half-baked and chaotic, which crippled control of assets, operations and finances at Megawatt House.  Currently, there are seven firms under Zesa with different sets of management and boards. […]

The post Zesa unbundling was a disaster: Gata appeared first on Zimbabwe Situation. 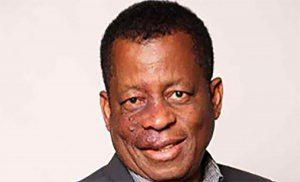 ZESA Holding board chairperson Sydney Gata says the unbundling of the power company was half-baked and chaotic, which crippled control of assets, operations and finances at Megawatt House.

Currently, there are seven firms under Zesa with different sets of management and boards.

Providing oral evidence to the parliamentary portfolio committee on Public Accounts on the Zesa Forensic Audit Report yesterday, Gata told legislators that if the government was not prepared to share equity with the private sector, it should have a single organisation that is easy to run, supervise and regulate.

“Unbundling was a good concept, but it was never achieved. So, we ended up with a half-baked product.

“We just had a restructuring that created seven babies. These babies could not be shared with the private sector so they remained under government.

“We now have seven entities whose operations are owned by the same shareholder and being regulated in the same way. This has created the mother of chaos in the industry.,” he said.

Following the passing of the Electricity Act of 2002 and the Electricity Amendment Act of 2003 — which aim at deregulating the electricity industry and allowing other players into the sector to create an environment for competition—Zesa has been unbundled into five firms.

The unbundling followed international best practice to separate the potentially competitive segments of the industry, generation from transmission and distribution that, in most cases, are natural monopolies.

However, since November 2007 the unbundling and restructuring of the power industry has not been completed in the true sense. Most importantly, competition has not been introduced into the system.

Although the Act in principle allows for competition in domestic generation (including importation), the unbundling created only one power company, ZPC, and no separate entities have been created to facilitate competition.

Gata said the government has since engaged a consultant to research on the best way to deal with the industry.

The process was being done by the Office of the President and Cabinet (OPC), Finance and Energy ministries.

“We will know in the next three months when the report will be tabled to the OPC. That’s when we will know what will happen. But for now, the government has taken a position to re-bundle,” he said.

Zimbabwe relies on hydroelectric power. In rural parts of the country, 80-90 percent of the people depend on wood fuel and kerosene for cooking and lighting. Food processing tasks like milling grain are usually carried out with diesel-powered systems.

The country’s generation capacity was measured in February 2016 as producing at only 845 MW, against a projected national demand of 2 200 MW and an installed capacity of approximately 1 940 MW.

Much of Zimbabwe’s electricity is produced at the Kariba Dam Hydroelectric Power Station (about 750 MW), at Hwange Thermal Power Station which has an installed capacity of 920 MW, and at three minor coal fired stations.

Output at Hwange Power Station, however, remained constrained as Unit 3 and Unit 6 continued to be unavailable due to extended outages owing to funding challenges and delays caused by the Covid-19 pandemic.

ZPC recently announced that it surpassed its quarterly energy sent out target of 1 756.21GWh by 2.92 percent in the third quarter.

This was attributed to the increase in water allocation at Kariba Power Station, resulting in increased generation.

Age-related failures at the small thermal stations (Harare and Munyati) resulted in the frequent shutdowns.

The post Zesa unbundling was a disaster: Gata appeared first on Zimbabwe Situation.